Home » A start-up says it has come up with a cheaper way to build vehicles in small factories. 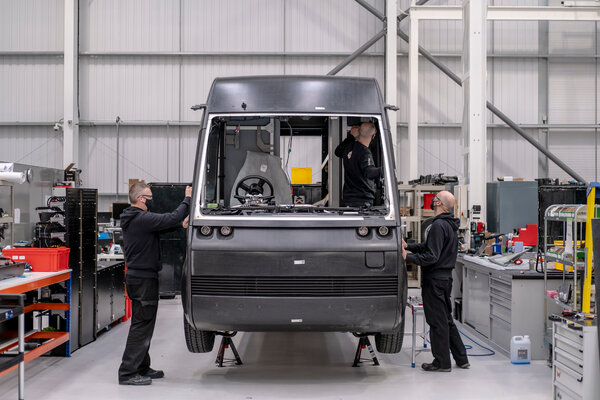 Arrival, a small electric vehicle company, is creating highly automated “microfactories” where its delivery vans and buses will be assembled by multitasking robots, breaking from the approach pioneered by Henry Ford and used by most of the world’s automakers.

The advantage, according to Arrival, is that its microfactories will cost about $50 million rather than the $1 billion or more required to build a traditional factory, Neal E. Boudette reports for The New York Times.

“The assembly line approach is very capital-intensive, and you have to get to very high production levels to make any margin,” said Avinash Rugoobur, Arrival’s president and a former General Motors executive. “The microfactory allows us to build vehicles profitably at really any volume.”

The company is also replacing most steel parts used in vehicles with components made from advanced composites, a mix of polypropylene, a polymer used to make plastics, and fiberglass. These parts are to be held together by structural adhesives instead of metal welds.

The use of composites, which can be produced in any color, would eliminate three of the most expensive parts of an auto plant — the paint shop, the giant printing presses that stamp out fenders and other parts, and the robots that weld metal parts into larger underbody components. Each typically costs several hundred million dollars.

The company, which is based in London and is setting up factories in England and the United States, says this method should yield vans that cost a lot less than other electric models and even today’s standard, diesel-powered vehicles.