While the stocks met various other inclusion parameters, there were fears they may still get disqualified given the sharp run up in their stock prices. 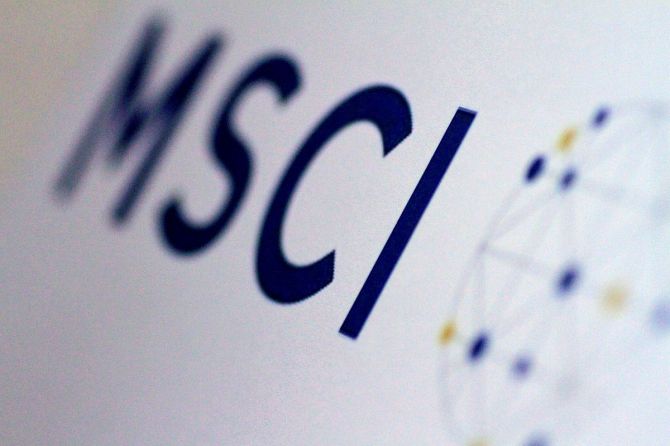 Global index provider MSCI has introduced ‘extreme price increase’ as a new criterion for deciding the stocks to be included in its indices.

The change in methodology, however, is unlikely to impact any of the domestic companies.

In the run up of the official announcement by MSCI, the spotlight was on the three Adani group stocks– Adani Enterprises, Adani Total Gas and Adani Transmission.

While the stocks meet various other inclusion parameters, there were fears they may still get disqualified given the sharp run up in their stock prices.

Analysts say the up move in shares of three Adani companies is below the threshold set by MSCI for defining ‘extreme price increase’.

“MSCI has given excessive returns threshold for inclusion and even after considering simple returns, the price moves in Adani Enterprises, Adani Total Gas and Adani Transmission is far lower than threshold set by the index provider,” said Abhilash Pagaria, an analyst with Edelweiss Alternative Research.

MSCI has issued an elaborate formula for deciding stocks with ‘extreme price increase’.

Loosely defined extreme price increase as excess returns over the MSCI All Country World Index (ACWI) of at least twice, thrice or five times for one, two or three months, respectively.

An analysis done by Pagaria showed the rally in all three Adani group stocks pegged to be included in the index was below the threshold for various time-frames.

“MSCI has released the results of its consultation on treatment of potential index additions with extreme price increase.

“Based on our best understanding, none of the Indian stocks are falling as of now in this bracket,” added Sriram Velayudhan, vice president at IIFL Securities.

Analysts peg inflows of over $200 million each in the three Adani stocks if they get included in the MSCI Standard Index.

Shares of Adani Enterprises and Adani Transmission have more than doubled this year. While Adani Total Gas has increased three-fold.

Shares of all three companies rallied a further between 2 per cent and 5 per cent on Friday.

Cholamandalam Investment and Finance Company also has a chance of getting added to the index, said analyst.

Meanwhile, Zee Entertainment Enterprises could be excluded from the index.

Funds with assets of about $50 billion are pegged to the MSCI Standard Index, say analysts.

The announcement on inclusion and exclusion of stocks will be take on May 12 during MSCI’s semi annual review and the changes could become effective from May 27.