AeroVironment Inc. (AVAV) shares opened sharply higher on Tuesday morning after Baird upgraded the stock to Outperform and raised its price target from $65.00 to a Street-high $81.00 per share, reflecting a healthy 26% premium to the current market price over the next 12 months.

Analyst Peter Arment expects robust second quarter financial results on Wednesday and sees potential upside in the company's 2020 outlook due to favorable booking momentum. In addition, the analyst believes that the recent pullback has made the stock's valuation more reasonable than it has been in the past, although there are some key risks that remain.

The comments echo similar sentiments from Piper Jaffray's Troy Jensen last month. Mr. Jensen predicted that the company would modestly exceed second quarter expectations, adding that defense budget shifts toward unmanned aircraft and international sales could boost the long-term outlook. The firm has an Overweight rating with a $76 per share price target. 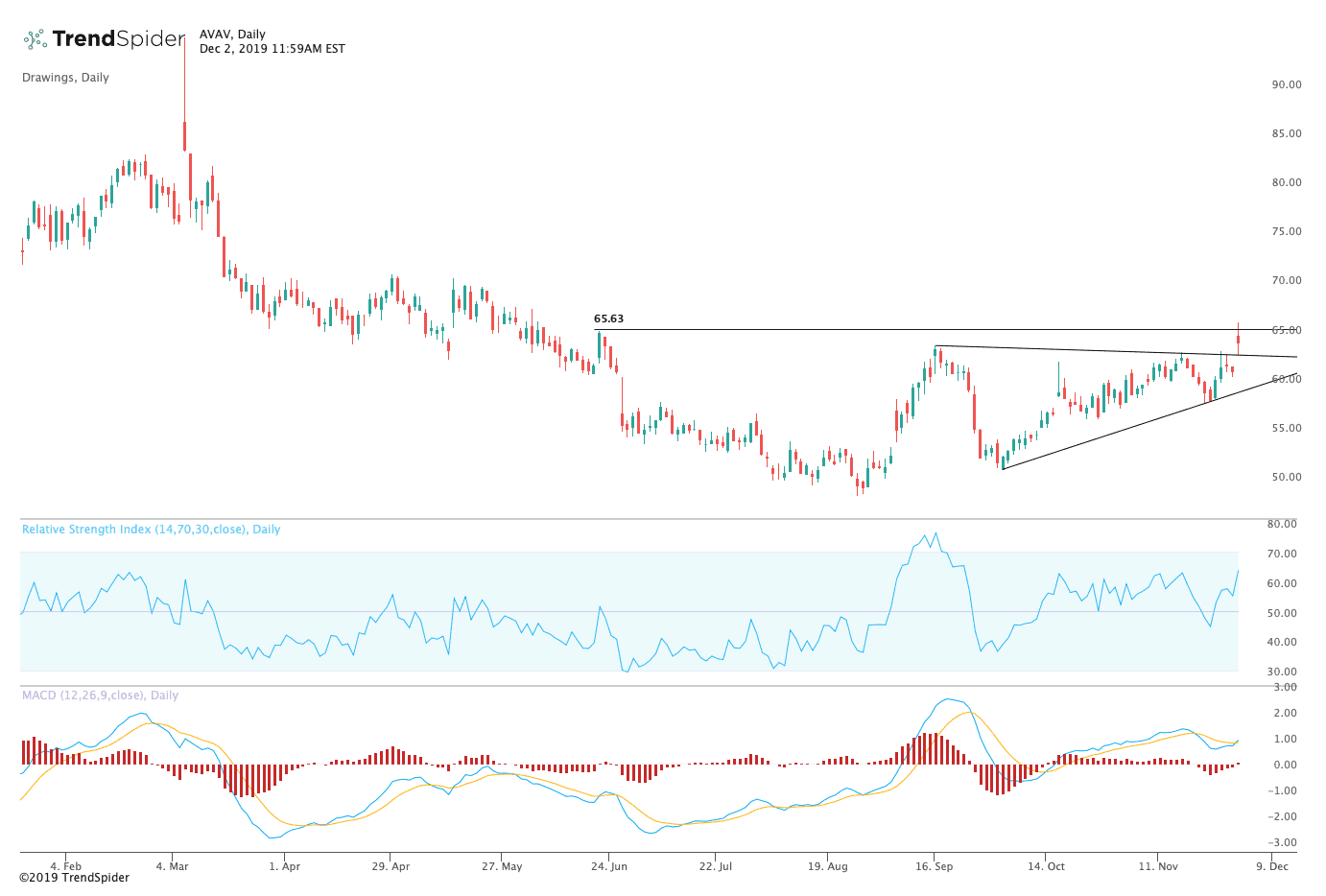 From a technical standpoint, the stock broke out from reaction highs made in mid-September to fresh highs above its 200-day moving average at 62.20. The relative strength index (RSI) rose toward overbought levels with a reading of 63.79, but the moving average convergence-divergence (MACD) could see a near-term bullish crossover. These indicators suggest that the stock could still have more room to run before consolidation.

Traders should watch for a move toward R2 pivot point levels at $66.29 before consolidating above trend line resistance at around $64.00. If the stock breaks down from these levels, traders could see a move toward lower trend line support around $60.00, although that scenario appears less likely to occur given the recent strength in the stock.

Chart courtesy of TrendSpider.com. Author holds no position in the stock(s) mentioned except through passively managed index funds.