EXCLUSIVE: Tenderfoot TV, the podcast company behind series such as Atlanta Monster and To Live and Die In LA, is exploring the murder of Afrikka Hardy and why it should have been prevented in a new audio series.

Algorithm, which is a co-production between Tenderfoot TV and iHeartMedia, will be the first series to premiere exclusively on TenderfootPlus+, the company’s new Apple Podcast Subscriptions service.

It will launch on the premium service on June 8 and June 15 wide.

When Afrikka Hardy was strangled in 2014, it seemed completely random, but it wasn’t. It was part of a pattern. Four years earlier, a reporter, Thomas Hargrove had created an algorithm to detect serial killers, and that algorithm flagged Gary, Indiana as the site of an unusual number of murders by strangulation. Hargrove reached out to warn local police that they might have an active serial killer operating in the area, but he was ignored. That is, until Afrikka Hardy was murdered, and those cold cases that he had identified suddenly didn’t look so cold. 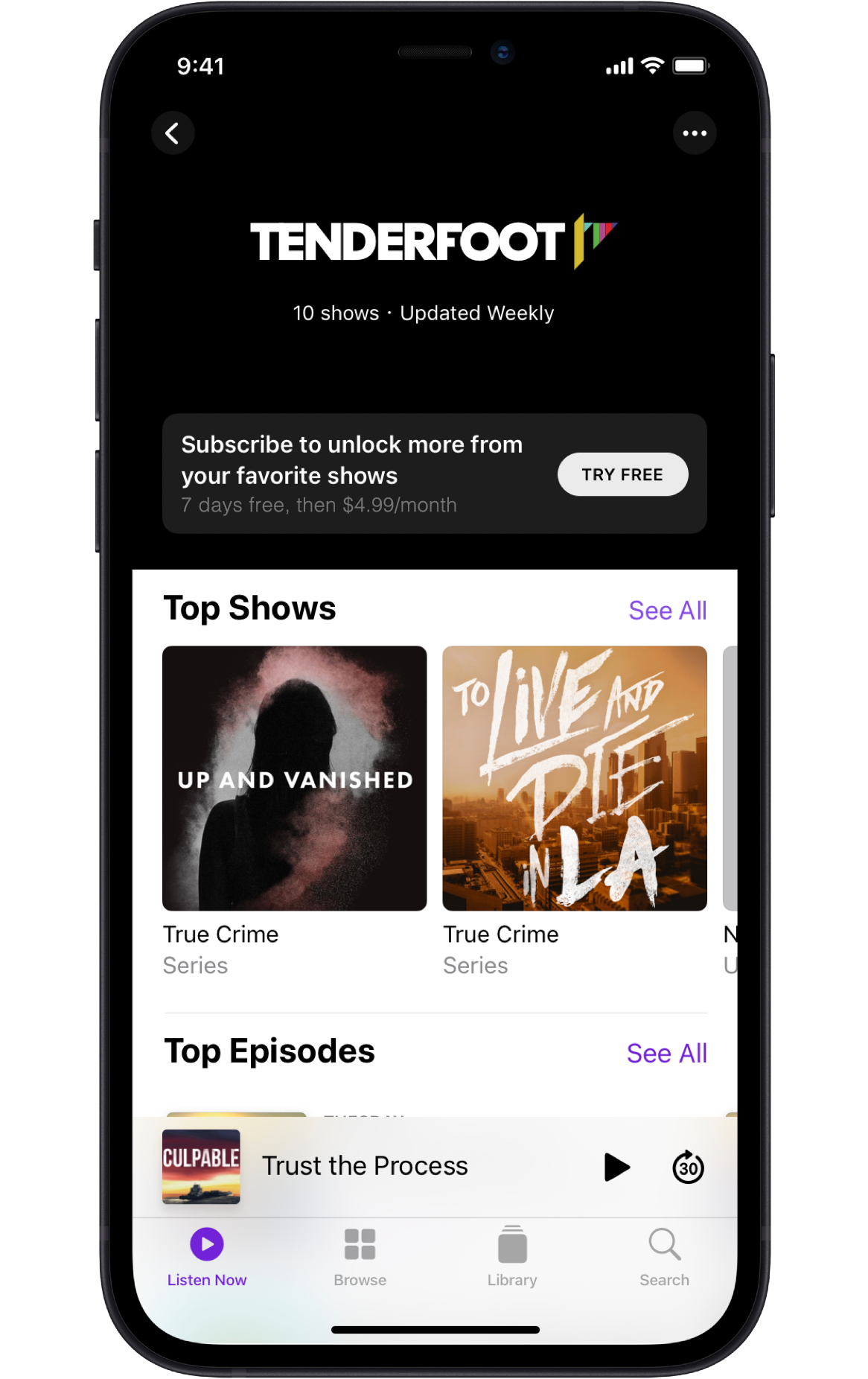 Algorithm follows the investigation into Afrikka’s murder, tracking her killer, exposing the warnings that police ignored, and uncovering more than anyone expected — that a serial killer, who was strangling women in Gary, Indiana, could have been stopped. And that Afrikka Hardy should be alive today.

This podcast will explore how technology can be used to identify and track serial killers, and how an algorithm can influence the way homicides are investigated all across the country.

Benjamin Kuebrich, who is a producer on Monster: DC Sniper and Monster: The Zodiac Killer, hosts the series.

It comes as a slew of Tenderfoot TV podcasts, which have totalled over 600M downloads, will return in 2021, ahead of the launch of its subscription add-on.

As Deadline revealed, Neil Strauss’ To Live and Die in LA returned last month for a second season. It will be joined by second seasons of Grateful Dead-themed true-crime series Dead and Gone, the return of Up and Vanished, a second season of Culpable and new season of Radio Rental.

Dead and Gone, made in in collaboration with Double Elvis, returns July 15, Up and Vanished is back in September, Radio Rental will return in October and Culpable comes back in November.

For each of these series, TenderfootPlus+ will offer subscribers a mix of ad-free listening, exclusive early access and bonus content.

“I’m looking forward to bringing back some of our biggest titles this year, including our flagship series, ‘Up and Vanished,’ where we will dig into a new unsolved missing person’s case in search of the truth,” said Payne Lindsey, host and co-founder of Tenderfoot TV. “As a creator, I’m really excited about the possibilities with TenderfootPlus+, bringing new exclusive content from ‘Radio Rental’ and other shows to our most dedicated listeners.”