Home » Airbus CEO: Could ramp up production by second half of 2021

Geoff Murray and Taylor Cornwall are partners in Oliver Wyman’s transportation practice. Murray is a former commercial airline pilot. The opinions expressed in this commentary are their own.

An important question facing the airline industry is not whether it will face a pilot shortage, but when it will begin.

With the number of flights reduced to a fraction of what they were before the pandemic, it’s hard to imagine that there could be a pilot shortage on the horizon. As of February, global airlines were only flying at about 47% of pre-Covid capacity, based on our own analysis of data from OAG and the International Air Transport Association. But by 2025, after global demand in domestic and international travel expands beyond 2019 levels, we expect a worldwide shortfall of at least 34,000 commercial pilots — almost 10% of the total workforce. That gap, which will begin to be felt as early as next year, is based on a modest recovery scenario. If we were to see a more rapid recovery, that shortage could reach 50,000.

The danger: A pilot shortage could ultimately limit industry growth later in the decade by as much as 10% to 12%, according to our analysis. And thanks to the pivotal role air transport plays in the global economy — aviation accounts for about 4% of global gross domestic product — slower industry recovery could temper economic growth worldwide.
While it will be close to two years before passenger volume globally returns to pre-pandemic levels and longer than that for revenue to fully recover, demand for pilots isn’t determined by passenger volume. It’s linked to flight hours and the number of planes flying, and airlines are already bringing aircraft back into service faster than expected to stimulate demand. 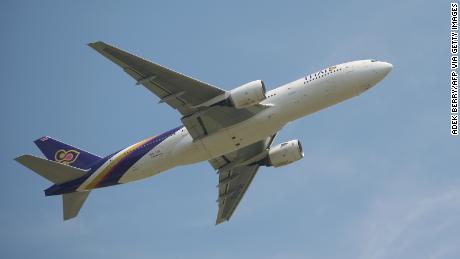 Initially, airlines will be able to draw from the ranks of furloughed pilots and the approximately 100,000 pilots still on carrier payrolls who are not flying full schedules or who are on voluntary company leave. But especially in North America, many experienced pilots took early retirement and are unlikely to come back. Younger pilots, who have the least experience and will be among the last to be called back, may enter new professions.

The looming pilot shortage is the product of a number of converging trends, most of which predate the pandemic.
In North America, the impending shortfall reflects an aging workforce approaching the mandatory pilot retirement age of 65 and fewer pilots to recruit from the military because of the move toward unmanned aircraft as well as the armed services’ own difficulty recruiting pilots. in the 1980s, two-thirds of commercial pilots were ex-military; today, only one-third are.
Add to that trend a heavy reliance on early retirement offers by US airlines to cut costs once the pandemic struck. Based on our research and public reports, we estimate that as many as 10% of US pilots took early retirement during the crisis.
Based on these trends, we expect North America to face one of the earliest and most acute shortages. The gap may reach over 12,000 pilots by 2023 — around 15% of the total supply. At this level, some airlines may not find enough pilots to operate at capacity. Even before the pandemic struck, several regional airlines in the United States — including Great Lakes Airlines and Republic — shut down or restructured because of challenges recruiting pilots.
In some parts of the world, shortages are a result of rising demand for air travel — driven by a burgeoning middle class. That’s the case in the Asia-Pacific region. Because of the region’s success containing the coronavirus, airlines in China especially were able to return to 2019 levels of operation at the end of 2020 and avoid furloughs and forced retirements. Still, the high rate of air travel demand growth in those nations is likely to result in a 22,000-pilot gap by 2029. One possibility: Asia may get bailed out by emigrations of unemployed or furloughed pilots from other slower-growth regions, such as Europe and Latin America, which could create supply challenges in those regions.
For airlines, a pilot shortage has many ramifications. Too few pilots could translate into fewer routes and lower frequency. Nonstop flights to smaller cities may be dropped from airline networks, and the number of nonstop flights per week may be reduced across the board. It could also mean higher fares to make up for the drop in revenue because of fewer flights and the slow return of business travel, which normally produces a big percentage of airline revenue.
A supply shortage might also mean higher pilot salaries. Even before Covid-19, the latest round of contract negotiations between airlines and the pilot union saw upward pressure on salaries. The higher cost would be a heavy burden for airlines at a time when financials are not looking strong. Cumulatively, airlines worldwide lost almost $120 billion in 2020 and are expected to lose close to $40 billion this year, according to the International Air Transport Association. 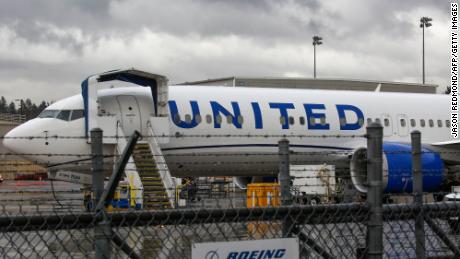 For those carriers looking to be proactive, there are three approaches that could help. The first two are rethinking crew operations to make them more efficient so fewer pilots will be needed and extending more financial support for training programs for new pilots — subsidies some airlines under financial pressure have contemplated cutting.
The third is increasing engagement with pilots. In our Flight Operations surveys, airlines have consistently told us they see pilot engagement as one of their biggest challenges and staying in touch during a pandemic is surely more challenging. A competition among airlines may in fact develop as they recall pilots, given that furloughed pilots start at the bottom of seniority whether they return to their former carrier or they switch to a new one. Airlines can’t create new pilots overnight, but they can make sure they lose as few as possible. Those that try to engage may have a leg up.

In the past, global shocks, like the pandemic, have discouraged potential candidates from becoming pilots. Annual pilot certifications fell as much as 50% for years after both the September 11, 2001 terrorist attacks and the 2009 global financial crisis, according to data collected by the Federal Aviation Administration. When certification numbers are released for 2020 this spring, we expect the pandemic to take a further toll.
While there are many challenges to overcome before the pilot shortage hits, airlines — and possibly the economy — are likely to pay a price if the industry waits until the problem is on top of them.
Source: Read Full Article