The Chinese event was originally a novelty student holiday to celebrate being single, countering Valentines Day, but has since grown into a month-long online shopping festival that peaks with a 24-hour sales frenzy on November 11.

A disproportionately large number of sales are recorded in the first minutes of the 24-hour spending spree, when transactions are recorded for items that have been put on hold.

The company settled roughly 69 billion yuan ($9.92 billion) in the first hour of Singles’ Day on Sunday, up roughly 21 percent from last year’s early haul of 57 billion yuan. Items selling well included smartphones and other electronics, but also staples such as milk powder and diapers.

While the company surpassed last year’s sales just before 4pm, the rate is slower than last year when it broke the 2016 record around four hours earlier at midday.

Analysts say that despite continued strong growth, sales are likely to be hit by economic headwinds and new competition from competing sales events.

“With an increasing number of promotion events a year, consumers no longer feel that Double 11 is the only opportunity to get good bargains,” said Pedro Yip, partner at consulting firm Oliver Wyman.

“Having said that, there are more consumers who still enjoy shopping at double 11 than those that don’t,” he said.

It’s expected to be the company’s final November sale event with founder and chairman Jack Ma at the helm. Current chief executive Daniel Zhang will take over as chairman next year, the company said in September.

While sales growth remains steady, Alibaba’s stock has dropped 16 percent this year amid economic uncertainties linked to brewing trade tensions between China and the United States. 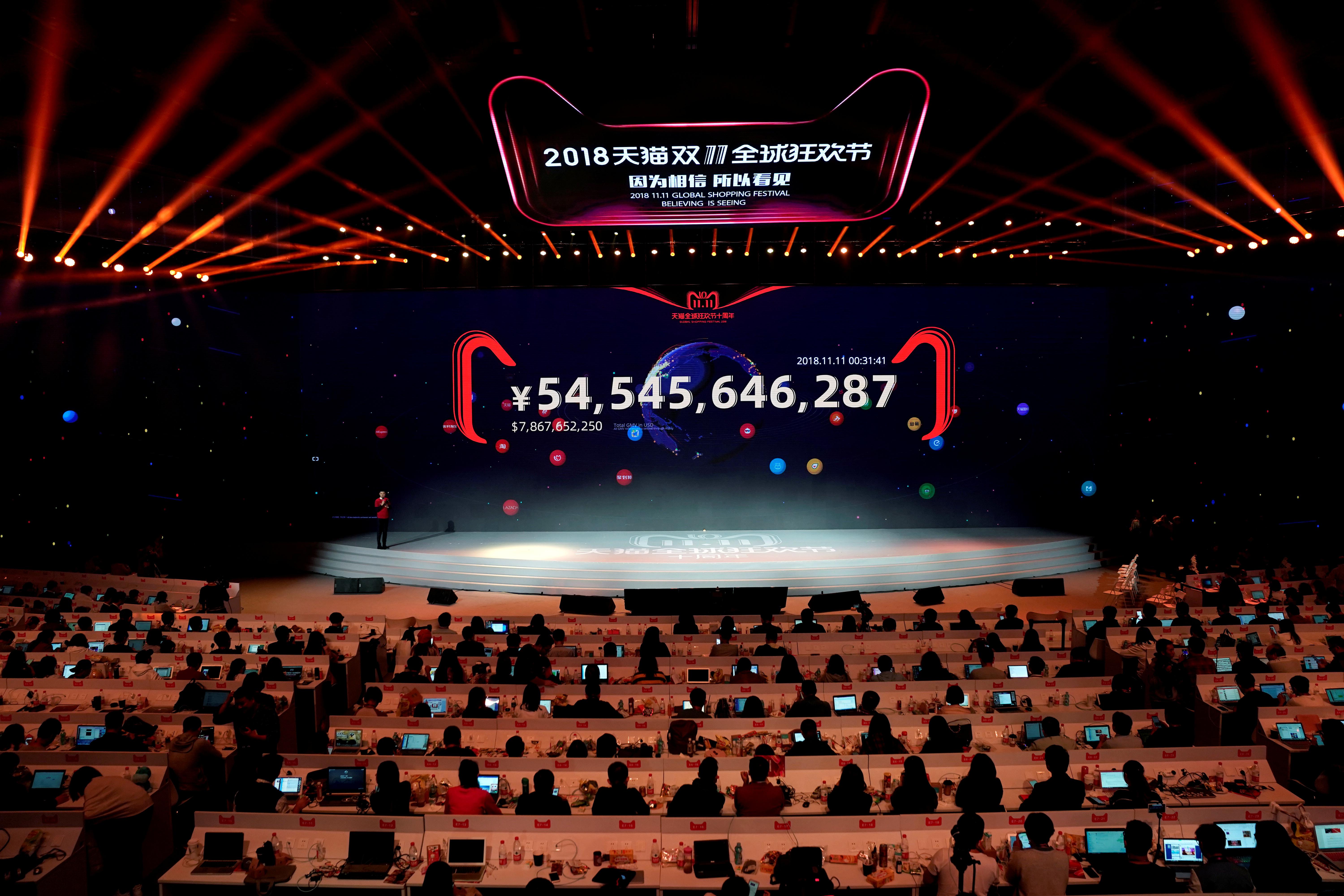 Earlier this month, Alibaba revised down its full-year revenue forecast, sending a chill through investors, as it said sales of big-ticket items would be impacted. To compensate, the company will take in less income from its platforms in the near term in order to retain brands and new buyers, it said.

This year, Alibaba said there were around 180,000 brands participating in Singles’ Day, and as of 8:00 pm on Sunday sales were nearing $27 billion.