Home » Business » Amazon workers call for a day off to vote. 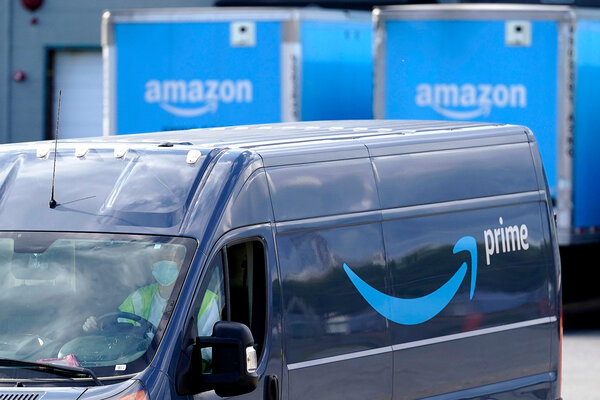 Almost 4,000 tech and corporate workers at Amazon have signed an internal proposal asking the company to give all its workers, including those in its warehouses, a paid day off to vote, according to organizers and screenshots of the effort viewed by The New York Times.

“Voting during the pandemic means hourslong lines and confusion over where and how to vote,” the internal proposal said. “Amazon has an opportunity to raise the bar and help ensure that every Amazon worker’s vote will be counted.”

Amazon has more than 600,000 workers in the United States. A company spokeswoman, Jaci Anderson, said that in states with in-person voting, workers can request time off at the start or end of their shifts to vote, but how many hours, and whether it is paid, varies based on what state law.

Many states require employees to be excused and paid for a few hours if voting conflicts with work schedules, but several battleground states, including Florida and Pennsylvania, do not require employers to provide paid time off for elections.

A growing number of retailers, including Walmart, offer paid time off nationwide, and some, like Best Buy and Patagonia, are closing for a few hours on Election Day, Nov. 3, so employees have time to vote.

On its internal website, Amazon recently encouraged warehouse workers to register and make a plan to vote.