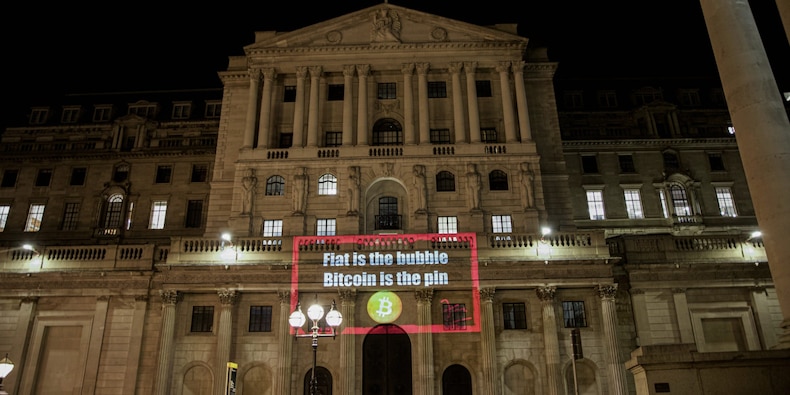 The stunt was reported by a London-based Twitter user Dominic Frisby, who posted images of the beamed messages on the outer walls of the Bank of England and the UK Parliament.

Surrounded by a neat red box, they seemed to carry the secretive person's signature in the lower-right corner.

A series of tweets posted by Frisby over the weekend began with an image flashing on the facade of the central bank, stating: "Bitcoin fixes this." 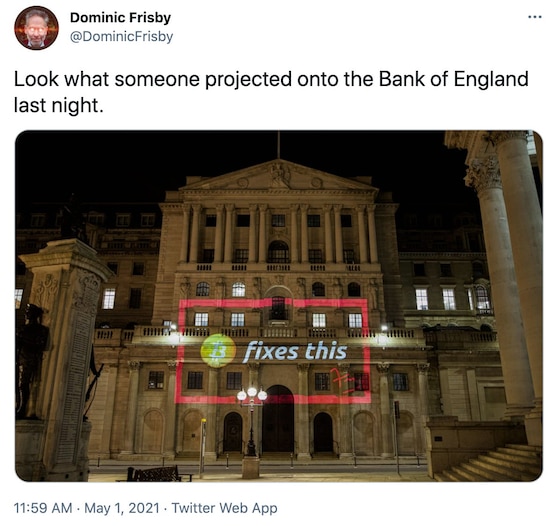 Another similar one was seen under London's iconic Big Ben, which is currently under restoration, located at the north end of the Houses of Parliament. One Twitter user remarked, "Sh-t, I don't even think BTC can fix that." 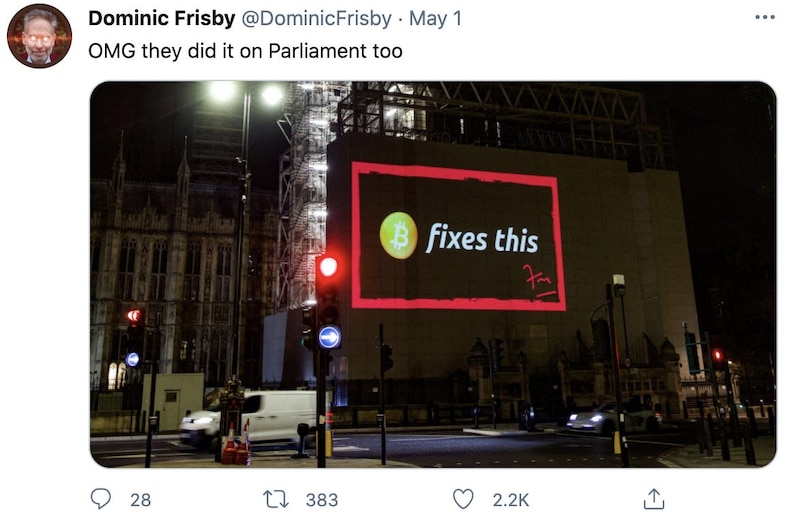 The unknown person seemed to have returned to the Bank of England again, as two other messages flashing on its walls criticized massive amounts of government stimulus. 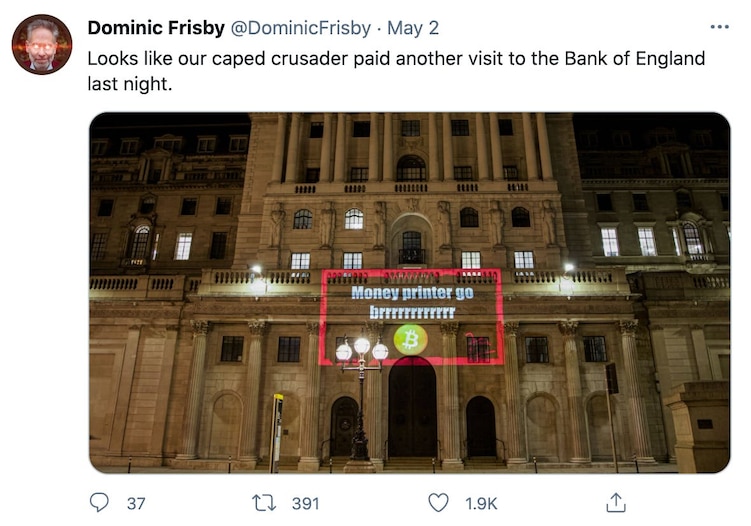 Billionaire bitcoin bull Mike Novogratz too has blamed unprecedented stimulus measures for the potential decline of currency value, blasting the move for bringing about "money growing on trees." 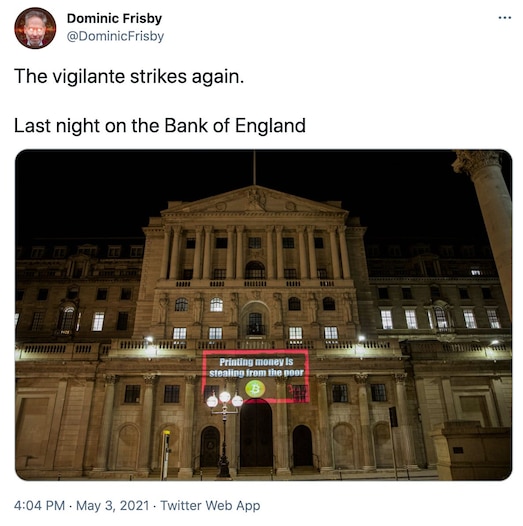 The first original image is already up for sale as a non-fungible token on the digital-collectible platform Rarible. The artist's name on the website is listed as "Fraz," matching the signature on the laser-projected messages.

Bitcoin proponents typically believe a decentralized form of payments is better than one controlled by intermediaries. That's largely because the payment network is embedded in a system of trust for senders and receivers of the currency, eliminating the need for a bank or regulatory authority. Furthermore, the popular digital asset is immune to foreign-exchange limitations customarily enforced by regulators.