Mortgage rates jumped higher for the fifth week in a row, further pushing past 6% in the face of yet another aggressive interest rate hike by the Federal Reserve.

How much house can I afford?

How does inflation affect my standard of living?

How much do I need to save for retirement?

The 30-year fixed-rate mortgage averaged 6.29% in the week ending September 22, up from 6.02% the week before, according to Freddie Mac. That is significantly higher than this time last year, when it was 2.88%, and it is the highest level seen since October 2008.

Mortgage rates have almost doubled since the start of this year. After climbing to nearly 6% in mid-June, recession fears made rates more volatile. But now all eyes are on the central bank’s campaign of interest rates hikes in its fight against inflation.

“The housing market continues to face headwinds as mortgage rates increase again this week,” said Sam Khater, Freddie Mac’s chief economist.
As a result of the higher rates, home prices have started to soften and sales have decreased. But there is still a shortage of available homes for sale, which have been keeping home prices elevated.

“The rapid rise in rates is definitely slowing the pace of sales and throwing cold water on what was a frenzied residential real estate market only a few months ago,” said Marty Green, principal at Polunsky Beitel Green, a law firm representing mortgage firms. “Where ‘inventory’ was the big concern in 2021 and early 2022, the concern today is ‘affordability.'”

Fed’s rates hikes appear to be having an impact

On Wednesday, Federal Reserve chairman Jerome Powell announced a third-consecutive 75-basis-point hike.
The Fed does not set the interest rates borrowers pay on mortgages directly, but its actions influence them. Mortgage rates tend to track the yield on 10-year US Treasury bonds. As investors see or anticipate rate hikes, they often sell government bonds, which sends yields higher and mortgage rates rise.
This week’s rate hike caused those 10-year Treasury yields to jump to 3.5%, the highest level in more than a decade. 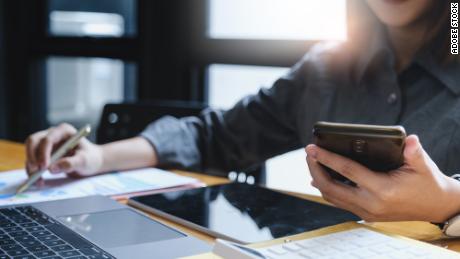 The rate increase puts added pressure on those who are trying to save up to buy a home.
“Consumers can expect to see the rates on adjustable-rate mortgages, credit cards, automotive and personal loans increase in the next few weeks,” Ratiu said. “For housing markets, higher borrowing costs are the very remedy the Fed is prescribing in order to cool demand and lower overheated prices.”
While this slowdown may not yet be reflected in inflation numbers “there is little doubt that Federal Reserve’s aggressive interest rate increases are most certainly cooling the residential real estate market.”
But would-be buyers still face the most unaffordable housing market in 35 years, given the combined effect of stubbornly high home prices, surging interest rates and lagging wage growth.
A year ago, a buyer who put 20% down on a $390,000 home and financed the rest with a 30-year, fixed-rate mortgage at an average interest rate of 2.88% had a monthly mortgage payment of $1,295, according to calculations from Freddie Mac.
Today, a homeowner buying the same-priced house with an average rate of 6.29% would pay $1,929 a month in principal and interest. That’s $634 more each month.

Powell still looking for a ‘reset’ in housing

Powell said earlier this summer that the housing market was in a complicated situation in which home prices could still go up even though mortgage rates are also rising.
“I would say if you’re a homebuyer, or a young person looking to buy a home, you need a bit of a reset,” Powell said during a Fed meeting in June. “We need to get back to a place where supply and demand are back together and where inflation is down low again and mortgage rates are low again.”
At this week’s meeting, Powell said housing prices were going up at an unsustainably fast level. The “reset,” he said, should help bring prices more closely in line with rents and other housing market fundamentals.

“That’s a good thing,” Powell said. “For the longer term, what we need is supply and demand to get better aligned so housing prices go up reasonably and people can afford houses again.”
Additional reporting contributed by Nicole Goodkind.
Source: Read Full Article