Home » Ascend Wellness is going public at a $296 million valuation. Its CEO says its IPO is a sign that the cannabis industry is growing up.

Abner Kurtin, the CEO of the newest US cannabis company to go public, said the once Wild West industry is growing up.

Shares of Ascend Wellness Holdings will begin trading on the Canadian Securities Exchange on Tuesday, after pricing its initial public offering at $8 per share, raising $80 million in the process. The deal was led by the Canadian investment bank Canaccord Genuity and included Beacon Securities, Eight Capital, ATB Capital Markets, and Cormark Securities. Dorsey & Whitney LLP served as legal representation, according to securities filings.

The company’s pre-IPO valuation is $295.9 million.

Though the company’s stock will be listed in Canada, it’s going public through a traditional IPO and will remain an American company, unlike its predecessors.

Most public cannabis companies in recent years listed on stock exchanges through a process known as a reverse merger or reverse takeover (RTO), where a private company purchases a publicly traded shell with no real revenue or executive team, as Insider reported in 2019. In recent months, others have listed through special purpose acquisition companies or SPACs.

Kurtin, who graduated from Harvard Business School and managed billions of dollars throughout his career at hedge funds like The Baupost Group said he chose the IPO route because he wanted to attract “top-tier” institutional investors to the company and to the cannabis industry more broadly, in a Monday interview with Insider.

Cannabis is federally illegal in the US, so cannabis companies that sell or cultivate THC, the chief psychoactive component of the drug, by and large list on the CSE. The CSE is a secondary exchange based in Toronto — the more mainstream Toronto Stock Exchange won’t list companies that distribute or sell cannabis directly in the US.

While there is nothing specifically nefarious about reverse mergers, it’s often a much quicker pathway to the public market than a traditional IPO process — and it allows companies to avoid much of the scrutiny from the SEC, investment banks, lawyers, and the media, that comes with an IPO. 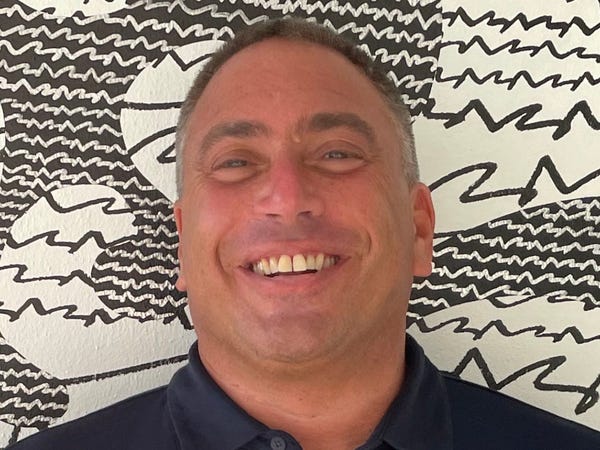 The process was particularly in vogue in 2018 and early 2019, propping up what some industry experts say had all the hallmarks of a bubble.

Many of the companies that pursued these reverse mergers, like cannabis retail chain MedMen, saw their stocks initially boom, only to crater, forcing companies to lay off thousands of employees, sell off assets, and take out loans at high interest rates.

MedMen, for its part, let go of its founders and was forced to sell off a chunk of its assets in New York and other states.

If a cannabis company wants to be taken seriously by big institutional investors like multi-billion hedge or pension funds, Kurtin said, it needs to provide the transparency, corporate governance, and disclosures that those types of investors are used to.

“It’s all part of this industry growing up,” Kurtin said.

Though Ascend will be trading on the CSE like its peers, Kurtin said the advantage of going public via IPO is that it will remain an American company.

That will help pave the way for an eventual uplisting to a marquee exchange in the US like the Nasdaq or New York Stock Exchange, allowing the company to tap a much deeper pool of investors, as soon as regulators and the exchanges allow it. Ascend shares will also trade over-the-counter in the US.

Already, cannabis companies like Green Thumb Industries and others have filed with the SEC to up-list as soon as it’s federally permissible. That could come sooner rather than later, as Senate Democrats led by Sen. Majority Leader Chuck Schumer, push legislation to federally legalize cannabis.

The House passed the SAFE Banking Act, a narrow cannabis reform bill, for the second time in April.

“We expect to be among the very first companies to up-list,” Kurtin said. “And we think that’s a huge advantage over a number of our competitors. We’ve spent the time and money, and we’ve done the work to be in that position.” 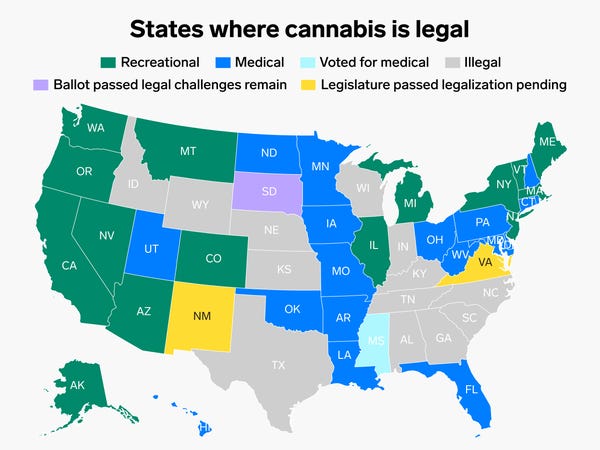 Going after assets in states before they’ve legalized cannabis

For his part, Kurtin said the impetus for the three-year-old company going public was not only to raise capital but to use stock to fuel acquisitions.

Cannabis “is a consolidating industry,” Kurtin said. “We need a currency to go out there and buy things, or potentially sell the company if we want to be part of consolidation that way.”

“We try to go after distressed assets,” Kurtin said, adding that uncertainty around markets, like New York earlier this year, that hasn’t yet passed legislation to legalize cannabis “creates a real opportunity.”

“There are some risks as well, but it’s a tremendous opportunity.”