TOKYO (Reuters) – Asian stocks fell on Tuesday as the lift from an agreement that saved the North American free trade deal faded, with cautious views on the global economy curbing risk sentiment. 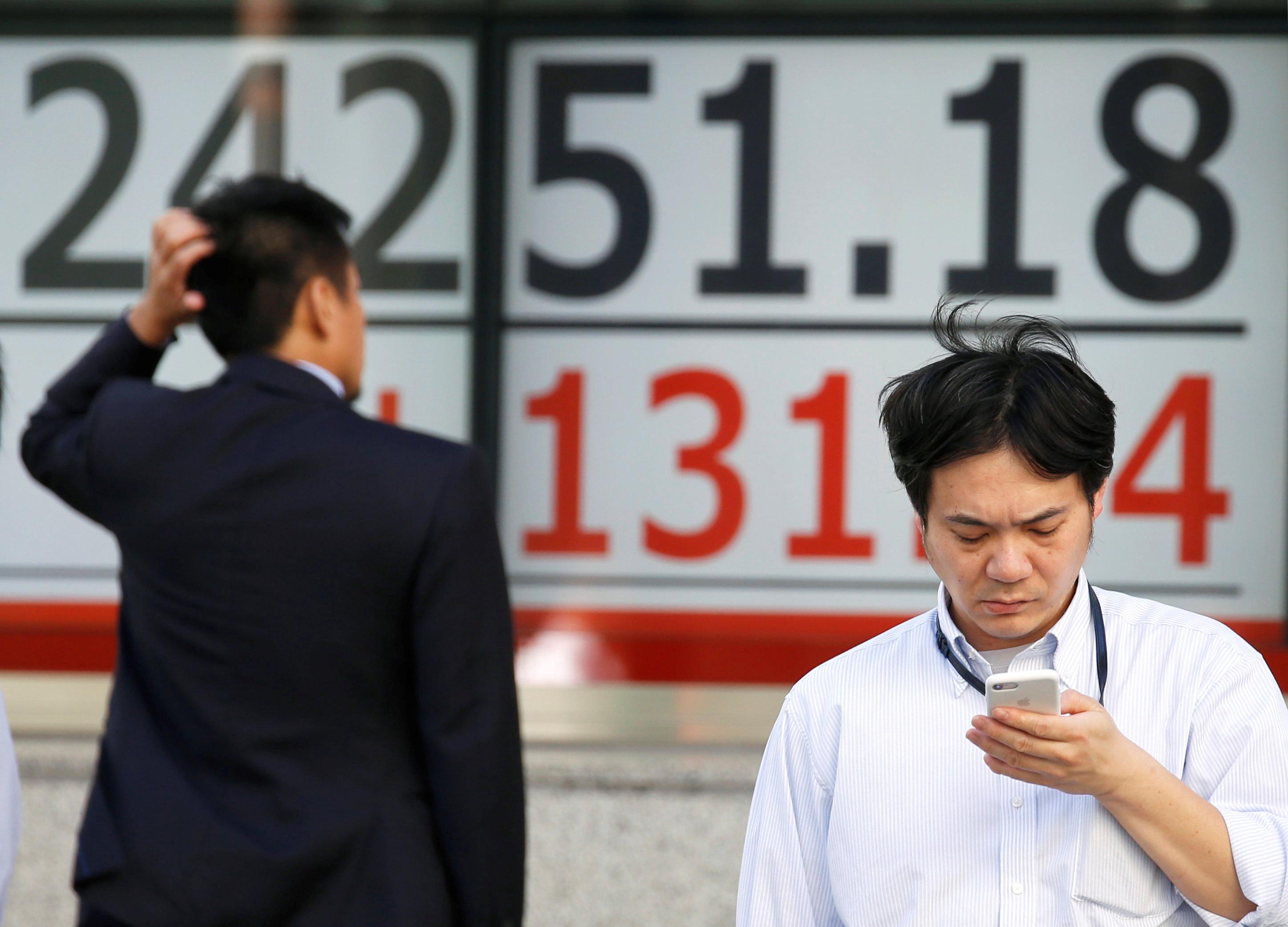 Japan’s Nikkei was flat, handing back earlier gains after briefly rising to a new 27-year high.

China’s financial markets are closed for the week of Oct. 1-5 for national holidays.

Hong Kong’s Hang Seng, which did not trade on Monday due to a holiday, dropped 1.5 percent in reaction to signs of weakness in the Chinese manufacturing sector shown in purchasing managers’ index (PMI) numbers released on Sunday.

“While news that the U.S. and Canada had struck a new NAFTA trade deal gave the S&P 500 a lift overnight, dark clouds are gathering,” strategists at OCBC Bank wrote in a note.

“With some signs of weakness in the European and Asian manufacturing PMIs Asian, markets may trade with a slightly more cautious tone.”

IHS Markit purchasing managers’ indices released on Monday showed manufacturing growth in the euro zone slowed to a two-year low at the end of the third quarter.

The United States and Canada forged a last-minute deal on Sunday to salvage NAFTA as a trilateral pact with Mexico, rescuing a $1.2 trillion open-trade zone that had been about to collapse after nearly a quarter century in operation.

The Dow rose 0.73 percent and the S&P 500 gained 0.36 percent on Monday after the deal to preserve NAFTA helped ease trade worries. [.N]

“There were concerns that the resulting confusion would exceed that of the U.S.-China trade row if NAFTA was scrapped. While it appears like Canada and Mexico caved in to the United States, the outcome is positive for global trade and the economy,” said Yoshihisa Maruyama, chief market economist at SMBC Nikko Securities in Tokyo.

The Canadian dollar traded at C$1.2806 per dollar after rallying to a four-month high of C$1.2782 overnight following the trilateral trade pact.

The euro was little changed at $1.1573 after slipping 0.25 percent on Monday on renewed concerns about heavily-indebted Italy’s budget.

The single currency has been hurt by concerns that a significant increase in the Italian budget will deepen Italy’s debt and deficit problems.

The dollar was at 113.895 yen after scaling an 11-month high of 114.06 yen on Monday, as improving investor risk sentiment weighed on the Japanese currency.

The yen is usually seen as a safe haven at times of turmoil but recedes when risk appetite returns.

The dollar index against a basket of six major currencies stood at 95.315 following a rise to 95.373 overnight, its highest since Sept. 10.

The greenback drew support from an uptick in U.S. Treasury yields as Wall Street gains curbed demand for safe-haven debt.