In the absence of a nationwide law setting standards for digital privacy, big tech companies are now in the unusual position of lobbying Congress to more heavily regulate their industry.

A slew of state legislatures have passed laws in recent years that set privacy standards for a digital age, including California, Illinois, and Virginia. But Congress has yet to consider a bill that would set a similar standard nationwide, leaving companies to instead contend with a patchwork of varying regulations across states.

With a new administration in the White House, big tech companies are ramping up pressure on federal lawmakers to pass privacy legislation — while trying to shape it to mesh with their business interests. They say federal regulation would help restore Americans’ waning trust in big tech and make it easier to ensure compliance. Critics, meanwhile, warn that the push for a federal law is an attempt to undercut stricter privacy protections established by state laws.

The passage of new regulations could have a direct impact on enterprise technology companies’ business. While the privacy debate often focuses on companies that leverage users’ personal data for advertising — like Facebook or Google — new privacy laws also set standards for companies that handle clients’ sensitive data through services like cloud computing.

The amount of sensitive, private data processed by enterprise tech companies is skyrocketing amid the shift to remote work and online business due to the COVID-19 pandemic, according to IBM chief privacy officer Christina Montgomery. IBM does not sell personal data, she said, but does process large swaths of clients’ private data, including data on individual consumers owned by clients.

“We’ve got a lot of fragmented laws in various states, but nothing that addresses the emergence of the vast amounts of data that’s held by companies around the globe,” Montgomery told Insider. “This is essential, especially today as we’re moving more and more of our lives online.”

IBM is “actively encouraging Congress” to make a national privacy bill a priority, Montgomery said. She advocates for a law that would require companies to tell consumers when their data is being collected and how it’s used, with the opportunity to opt out of such collection, as well as more regulation dictating what data companies can retain on platforms used for remote work, school, medicine, and other fields. 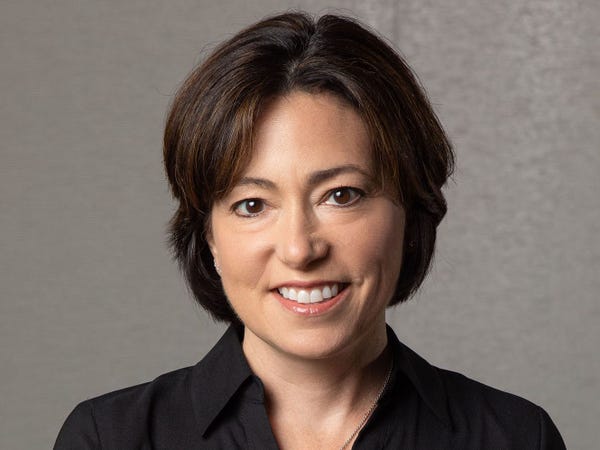 While a federal privacy bill has yet to be introduced in Congress, a likely point of contention will be how to enforce new regulations. Privacy advocacy groups like the Electronic Frontier Foundation say laws should include a private right of action that would let individuals sue companies who mishandle their data — a tenet of California’s privacy law — while big companies have backed state laws that leave enforcement up to a regulatory body without giving people the chance to sue (such a framework was recently passed in Virginia).

“We think the best way to increase enforcement and to make enforcement effective isn’t through lawsuits, but through giving the FTC and state attorney general enhanced authority,” she said.

Montgomery is optimistic that the Biden administration will make headway on ushering a privacy law through Congress, noting that lawmakers of both parties have expressed willingness to regulate how companies handle data.

“We know that privacy is not a partisan issue,” she said. “I’m hoping once we get through some of the initial demands of a new administration, and in particular with the pandemic, that there’ll be renewed focus on a federal level.”