The retreat came after Bitcoin hit a record high of more than $64,000 (£45,773) last Wednesday following the stock market debut of the US’s largest exchange for the tokens, Coinbase Global Inc. While prices steadied today with Bitcoin holding just below $57,000 (£40,767) it is still down about 12 percent from last week. And co-founder and former CEO of Microsoft, Mr Gates, is reported to believe things will only get worse as time goes on.

Stock market analysis YouTube channel MHFIN claimed: “Gates has been talking about the cryptocurrency for quite a while.

“But why is he still pessimistic about the cryptocurrency and why is he betting on a total collapse?”

The video, titled ‘Bill Gates: The Bitcoin Panic of 2021’ rolled to the “earliest clip” of Mr Gates discussing the coin in May 2013. 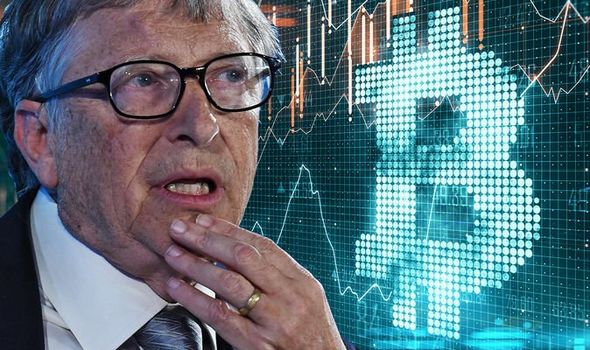 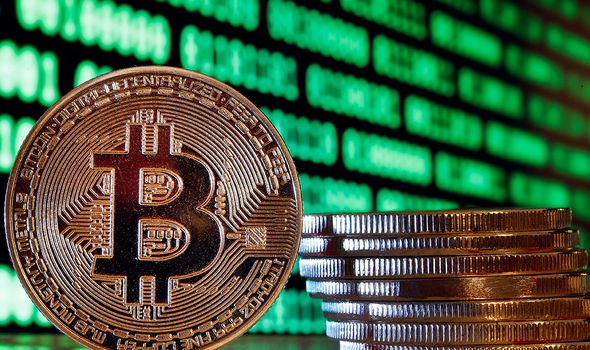 He said: “I think it is a tour de force.

“It’s an area where governments are going to maintain a dominant role.”

The analysis then fast-forwarded to a 2021 interview with Mr Gates, to see how his opinion had changed.

He said: “I don’t own Bitcoin, I’m not shorting it, so I take a neutral view.

“Moving money into a digital form and getting transaction costs down is something the Gates Foundation does in developing countries. 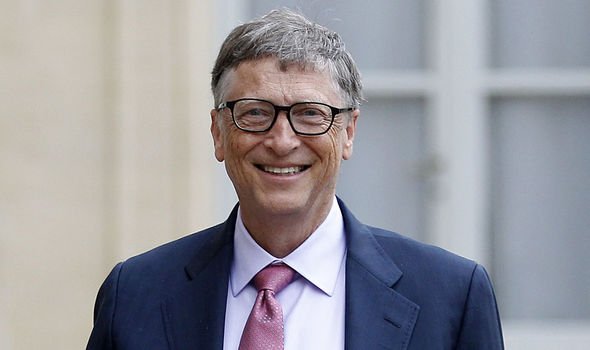 “But there we do it so you can reverse transactions, so you have total visibility of who’s doing what.

“But Bitcoin can go up and down just based on mania. You don’t have a way of predicting how it will progress.”

The video claimed the comments showed that Mr Gates is “clear in his mind” that Bitcoin is a “bubble which will burst”.

It comes as Chancellor Rishi Sunak told the Bank of England (BoE) to look at the case for a new “Britcoin,” or central bank-backed digital currency, aimed at tackling some of the challenges posed by cryptocurrencies.

A BoE-backed digital version of sterling would potentially allow businesses and consumers to hold accounts directly with the bank and to sidestep others when making payments.

DON’T MISS
Why is dogecoin going up? Expert warns every ‘bubble has to burst’ [EXPLAINED]
Dogecoin price: How to buy dogecoin in the UK? [INSIGHT]
Bitcoin hits all-time high: Cryptocurrency explodes over $62,000 [REPORT] 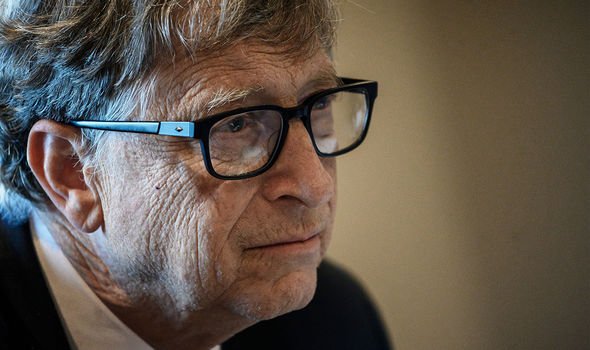 Soon after, he tweeted the single word “Britcoin” in reply to the finance ministry’s announcement of the task force.

Other central banks are also looking at whether to set up digital versions of their own currencies.

China is a front-runner to launch a CBDC and last week the European Central Bank said it was studying an electronic form of cash to complement banknotes and coins but any launch was still several years away.

The BoE said a digital version of sterling would not replace either physical cash or existing bank accounts. 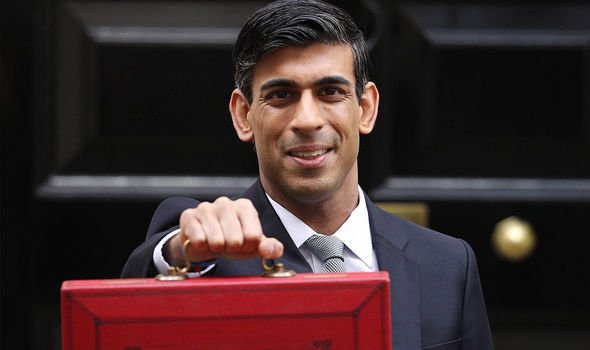 It stated: “The Government and the BoE have not yet made a decision on whether to introduce a CBDC in the UK, and will engage widely with stakeholders on the benefits, risks and practicalities of doing so.”

And Britain’s Financial Conduct Authority (FCA) previously warned: “If consumers invest, they should be prepared to lose all their money.