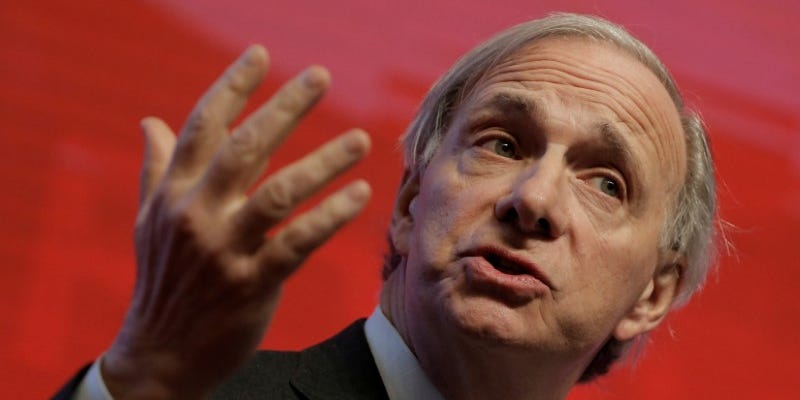 Legendary investor Ray Dalio said the delayed stimulus will be a “significant negative on the economy,” following President Trump’s decision to halt negotiations for a deal until after the election.

“That’s a lot of money, whatever it would have been,” Dalio said in a Wednesday interview with CNBC. Lawmakers were negotiating a plan that could have provided between $1.6 trillion and $2.4 trillion of aid. Dalio said the absence of stimulus will cause “a lot of stress” on “those who are not going to get the money.”

The founder of Bridgewater Associates also said that he agreed with Federal Reserve Chairman Jerome Powell, who said Tuesday morning that that failure to pass an adequate and timely stimulus could give way to a “weak recovery” in the economy.

Both monetary support from the Fed and fiscal support in the form of stimulus is necessary for the economic recovery, Dalio said. The Federal Reserve helps financial markets, “but it doesn’t do the trick in terms of providing the income, the spending, and the targeted money getting it in the hands of who needs it the most.”

According to Dalio, the most important thing investors can during this “particularly risky period” is to diversify their portfolios over countries, asset classes, and currencies – and avoid cash.

“There’s an instinct to think that cash is the lowest risk asset, because it has less volatility and because we look at everything through the lens of cash,” the investor said. “But you don’t realize that when there’s so much a production of cash, and so much a production of debt, that it does poorly relative to other asset classes.”

“It is not a safe investment … diversification is much better than cash,” he added.