Home » Bitcoin is at its lowest level in nearly a month. 2 experts explain why they see more weakness ahead. | Currency News | Financial and Business News 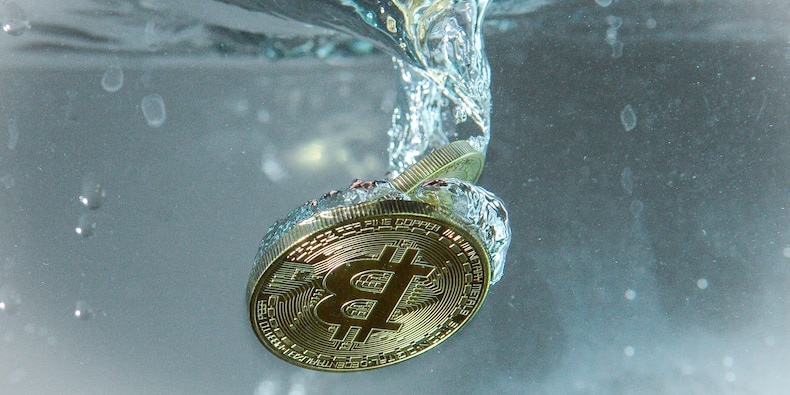 The price of bitcoin slipped to a near one-month low Thursday after a record-shattering week ahead of Coinbase's listing on April 14 in which the world's largest cryptocurrency broke consecutive records above the $63,000-level.

"BTC has slipped below the 50 [day moving average] support that it held sacrosanct through this rally, and looks like there is more downside here," Pankaj Balani, CEO of Delta Exchange, told Insider.

The slide in bitcoin may also be attributed to the rise in other coins, particularly ether, which has been taking center stage, Paolo Ardoino, CTO of Bitfinex, told Insider.

Ether spiked as much as 8.5% on Thursday to a new record high above $2,560, pushing the market capitalization of the cryptocurrency near $300 billion for the first time.

"ETH has outperformed BTC this month and looks set to challenge its [all-time high]," Ardoino said, maintaining that bitcoin's place as a safe haven asset and hedge against inflation is still gathering strength.

The volatility of bitcoin however has steadily been decreasing over time, Stephen Ehrlich, co-founder and CEO at Voyager Digital, a crypto asset broker, told Insider. Even the recent sharp moves have not seen such a big rise in volatility compared to historically, he said. 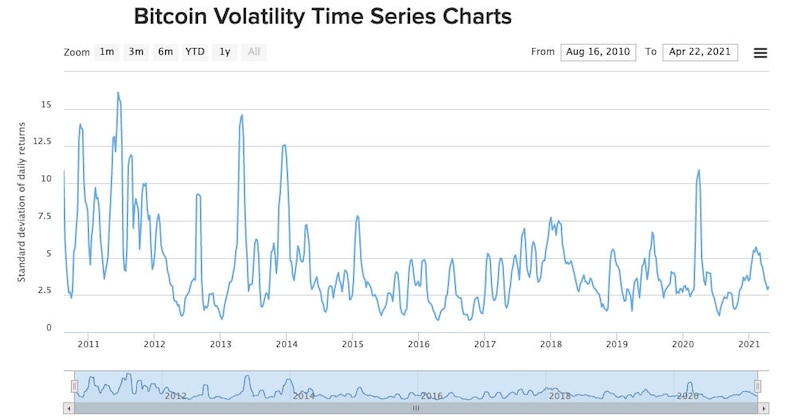 "Although there are several external factors that could lead to short-term swings this week, I am bullish on bitcoin long term as it has proven to demonstrate real utility as a store of value with the potential to replace gold or even major fiat currencies as a hedge against inflation," he told Insider.