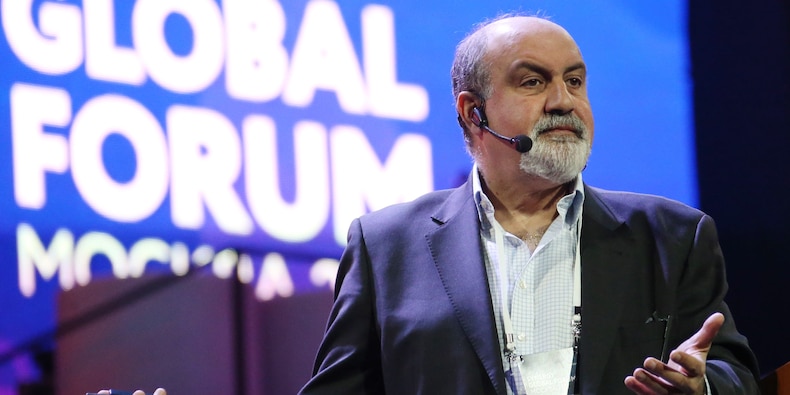 The "Black Swan" author Nassim Taleb doubled down on his view that bitcoin is an open Ponzi scheme and a failed currency in a CNBC interview on Friday.

"There's no connection between inflation and bitcoin," Taleb told CNBC, adding that everyone knows bitcoin is "a Ponzi."

Some analysts view the cryptocurrency, often referred to as digital gold, as a hedge against inflation, highlighting its similarities with the precious metal.

"If you want to hedge against inflation, buy a piece of land," Taleb said. "The best strategy for investors is to own things that produce yields in the future. In other words, you can fall back on real dollars coming out of the company."

He also said bitcoin had failed in its supposed role as a replacement for government-backed money, mainly because of its volatility. The author said he'd been "fooled" into thinking it could be a viable alternative to fiat currency but realized that a currency not backed by a government is "just speculation" and a "game."

"I was told it was going to be a currency," he said, but "you don't replace the currency with something that's so volatile that you can't really commit to a transaction in it."

Bitcoin's price has swung wildly recently. The world's largest cryptocurrency by market capitalization inched near $65,000 ahead of Coinbase's listing on April 14. Less than 10 days later, bitcoin slid below the critical $50,000 level, extending losses for the seventh day in a row.

The decline below $50,000 has bitcoin testing a new technical support level that could signal continued weakness, especially after its 50-day moving average failed to hold as support.

The broader crypto market has come under pressure after reports said this week that US President Joe Biden would look to double the capital-gains tax rate for wealthy investors.