Home » Boeing puts off 787 deliveries again to provide more information to the F.A.A. 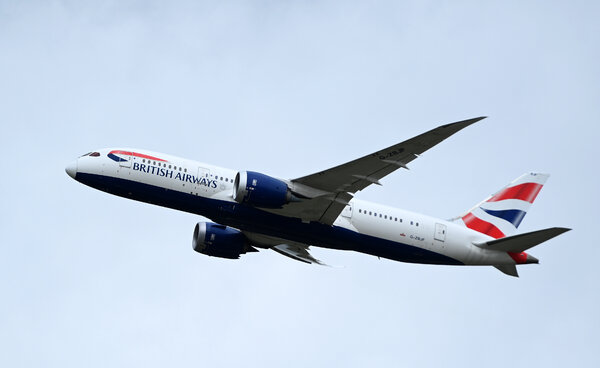 Boeing said Friday that it was providing the Federal Aviation Administration with extra information related to inspections of its 787 Dreamliner, further delaying deliveries of the plane.

The company had previously halted 787 deliveries for months as its executives and regulators looked into quality concerns. Boeing resumed delivering the planes to customers in March and had handed over 11 planes to its customers since then.

The latest disruption comes as Boeing, the troubled aerospace manufacturer, seeks to overcome delays and concerns about several of its planes.

“Boeing still needs to show that its proposed inspection method would meet F.A.A.’s federal safety regulations,” the F.A.A. said in a statement. “The F.A.A. is waiting for additional data from Boeing before determining whether the company’s solution meets safety regulations. Since the F.A.A. has not approved Boeing’s proposal, Boeing chose to temporarily stop deliveries to its customers.”

The current delay, reported earlier by The Wall Street Journal, stems from the same issue that caused the previous disruption: a concern with shims used where parts of the plane’s fuselage come together. Boeing used a statistical analysis to identify where inspections are needed, but the F.A.A. remains unconvinced that the approach is sufficient.

“We are working to provide the F.A.A. with additional information concerning the analysis and documentation associated with the verification work on undelivered 787s,” Boeing said in a statement. “We continue to work closely with the F.A.A. in a transparent and timely manner. There is no impact on the in-service fleet.”

The 787 Dreamliner, a wide body plane used by airlines on long flights, is one of Boeing’s most important jets. But demand for it has weakened during the pandemic because airlines have been forced to greatly reduce their schedules, especially for long haul and international flights.

On Thursday, Boeing also agreed to pay at least $17 million and make production changes in a settlement with the agency over separate production lapses involving hundreds of 737 Max and 737 NG planes. Last week, House Democrats said they were seeking records from Boeing and the F.A.A. about the recent problems with the 737 Max and 787 Dreamliner.