(CNN)The Omicron variant of coronavirus is spreading quickly in several countries where it has been discovered. Even if it causes only mild disease — and that’s far from certain — that could still mean many people end up in the hospital and dying.

It’s killed at least one person in the UK and put 10 into the hospital — most of them vaccinated, according to government authorities.
“It is spreading faster than the Delta variant in South Africa where Delta circulation was low, but also appears to spread more quickly than the Delta variant in other countries where the incidence of Delta is high, such as in the United Kingdom,” the World Health Organization said in a technical briefing last week.

“Given the current available data, it is likely that Omicron will outpace the Delta variant where community transmission occurs,” WHO added.

It’s not clear how severe the new variant is, although most cases that have been diagnosed so far have been mild. That could be reassuring, but if Omicron spreads more easily than Delta and previous variants, evades the protection offered by vaccines and by previous infection, and ends up infecting more people, that could mean more people end up in the hospital and more die.

“What we now know about Omicron is that … it’s spreading at a phenomenal rate, something that we’ve never seen before. It’s doubling every two to three days in infections,” UK Health Secretary Sajid Javic told Britain’s Sky News Monday. “That means we’re facing a tidal wave of infection. We’re once again in a race between the vaccine and the virus.”
A new study out Monday from researchers at Oxford University adds to evidence that two of the main vaccines deployed against Covid-19 — the AstraZeneca vaccine used widely in Britain and around the world but not in the US,and the Pfizer/BioNTech vaccine used widely in the US, Europe and elsewhere — won’t protect people as well against the Omicron variant.
“Our findings show that vaccine effectiveness against symptomatic disease with the Omicron variant is significantly lower than with the Delta variant,” the researchers wrote.

Infecting both the vaccinated and the boosted

Several reports indicate at least some of those infected with Omicron have been both fully vaccinated and boosted, and tests against blood samples from vaccinated and boosted people indicate the same thing.
What this may indicate is that vaccination and especially booster shots provide good protection against severe disease with the Omicron variant, doctors say — although it is far too soon to know for sure. Health officials note many of the first cases have been seen among travelers and people who might be in good health and who might take other precautions. 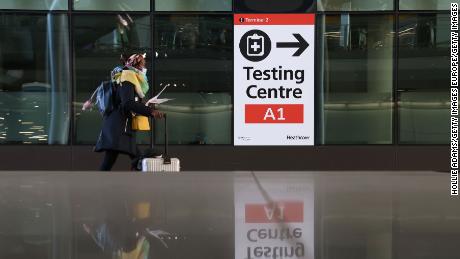 Disease modelers at the London School of Hygiene and Tropical Medicine released a report Saturday that projects infections in England passing last winter’s peak in terms of daily numbers. This could translate into double the number of daily hospital admissions as seen last year, they wrote in a pre-print report posted online.
What’s really uncertain is what Omicron will do to more vulnerable people, who are unlikely to be among the first infected, but who will eventually see the virus come their way. This might include the elderly, people with varying levels of immune compromise and those with pre-existing medical conditions.

Seeking out the susceptible

“This virus will eventually seek out and land on the people who are the most susceptible, and those are the ones that have not been vaccinated, A, and also the ones that have not been boosted. It’s not a matter of if. It’s a matter of when,” Los Angeles internal medicine specialist Dr. Jorge Rodriguez told CNN.
“High numbers can still mean many people in the hospital,” Dr. Crystal Watson, a senior associate at the Johns Hopkins Center for Health Security, told CNN.
While only a few cases have been identified in the US so far, there is little reason to think it will not spread in the US as it has elsewhere. 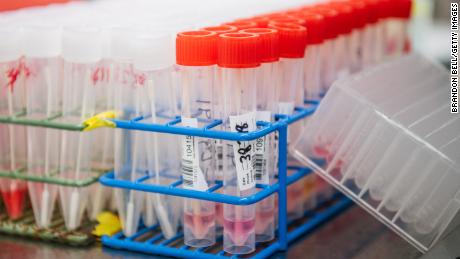 Houston officials said last week the Omicron variant had been detected in wastewater there, although it had not yet turned up in tests of people diagnosed with the virus. That could indicate quiet community spread — something that would not be surprising for a variant that causes mild symptoms or no symptoms. WFTV reported similar findings in central Florida but quoted Altamonte Springs city manager Frank Martz as saying detecting any genetic material from the virus indicated more than one person in the area was infected with the variant.
Even without Omicron adding to the spread, the Delta variant combined with an undervaccinated population, is doing plenty of damage.
The US passed 50 million reported cased of coronavirus infection Monday, and is fast approaching 800,000 deaths.
The CEOs of several health care systems in Minnesota signed a full-page newspaper ad begging people to get vaccinated.

Sign up here to get The Results Are In with Dr. Sanjay Gupta every Tuesday from the CNN Health team.

“Our emergency departments are overfilled, and we have patients in every bed in our hospitals,” the ad read. “Your access to health care is being seriously threatened by COVID-19. We need to stop the spread!”
It urges people to get vaccinated and boosted, to wear masks and to get tested for the virus.
Source: Read Full Article