The red bucket brigades so long-familiar to Broadway spring audiences were back this year after a two-year pandemic absence, and the results were heartening: donations across Broadway, Off Broadway and touring productions to Broadway Cares/Equity Fights AIDS totaled $4,288,994.

One musical in particular outdid itself: The Music Man, starring Hugh Jackman and Sutton Foster, raised a single-show record of $2,071,806 through post-show memorabilia auctions and autographed poster sales.

Until the pandemic, spring on Broadway meant onstage, post-show appeals from cast members of participating shows asking audiences to drop some cash into the red buckets in the lobby. Traditionally, the cast members would old the buckets, offering the fast-moving lines of donors the chance for a quick up-close hello with the stars. This year, the ongoing threat of Covid infection prevented direct interaction with casts, so Broadway Cares volunteers and staff thanked audiences for the donations. 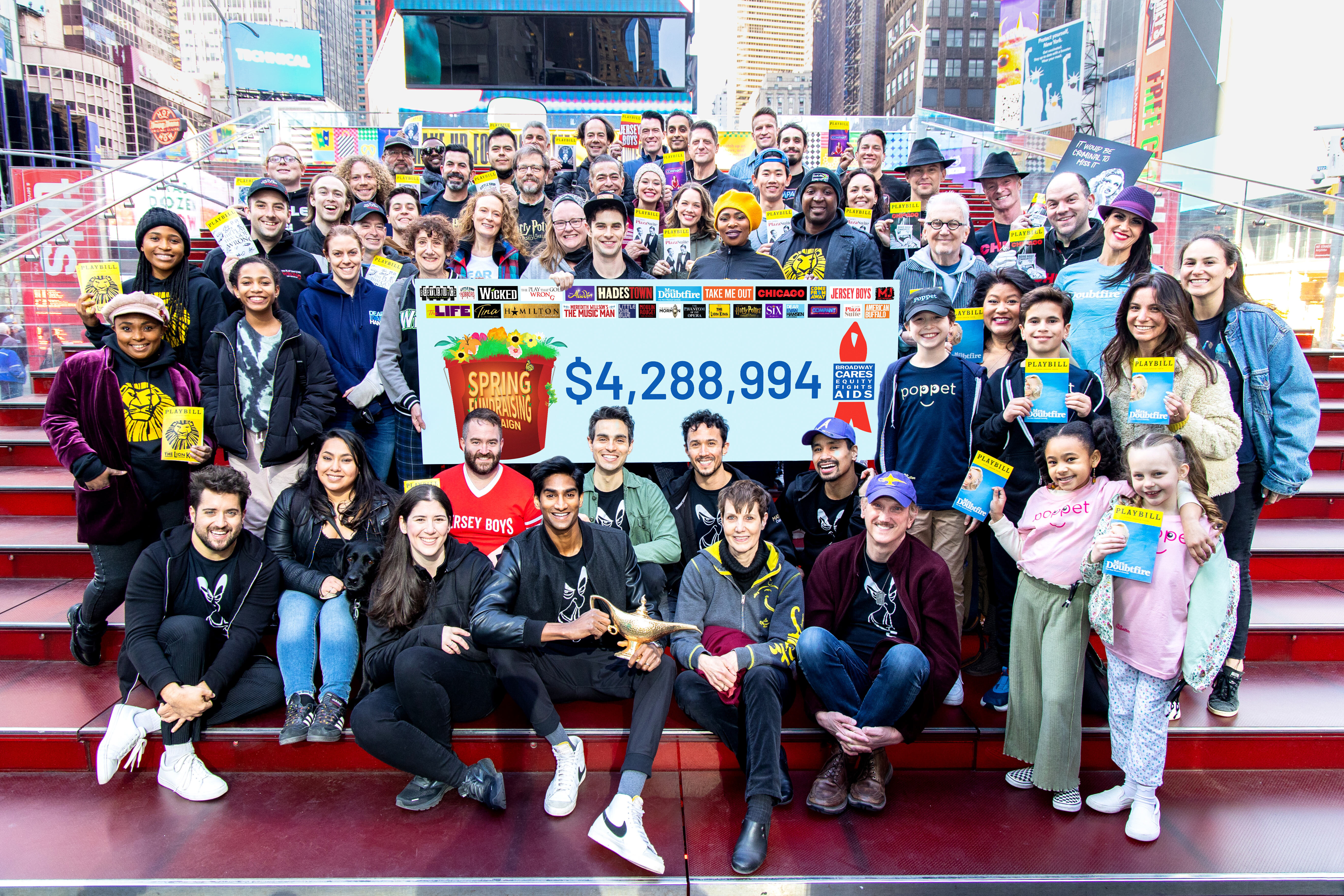 This year’s Broadway Cares’ Spring Fundraising Campaign took place over a six-week period from March 18 to May 1.

“Audiences and shows alike greeted the careful and strategic return this spring to a full fundraising campaign with such enthusiasm,” Broadway Cares Executive Director Tom Viola said in a statement. “Throughout the six weeks, productions graciously joined in the effort. In addition to extraordinary cast support, we extend our sincere thanks to theater owners and producers, and, most especially, to the stage managers who steered efforts behind the scenes and to all onstage, backstage and front of house who made our return to in-theater fundraising such a success. Their efforts ensure our grant-making can continue this summer reaching hundreds of organizations nationwide.”

The $2 million raised by The Music Man set the all-time record in a single campaign for any show in Broadway Cares/Equity Fights AIDS history. The musical revival held post-show auctions, led by cast members Nicholas Ward and Ann Sanders, of costume gloves signed by Jackman and Foster, Jackman’s prop whistles, and signed posters.

Broadway Cares/Equity Fights AIDS provides meals and medication, health care and hope for those living with HIV/AIDS, dealing with Covid-19 or facing other debilitating illnesses.

Here’s the roster of shows and contributions, provided by BC/EFA: