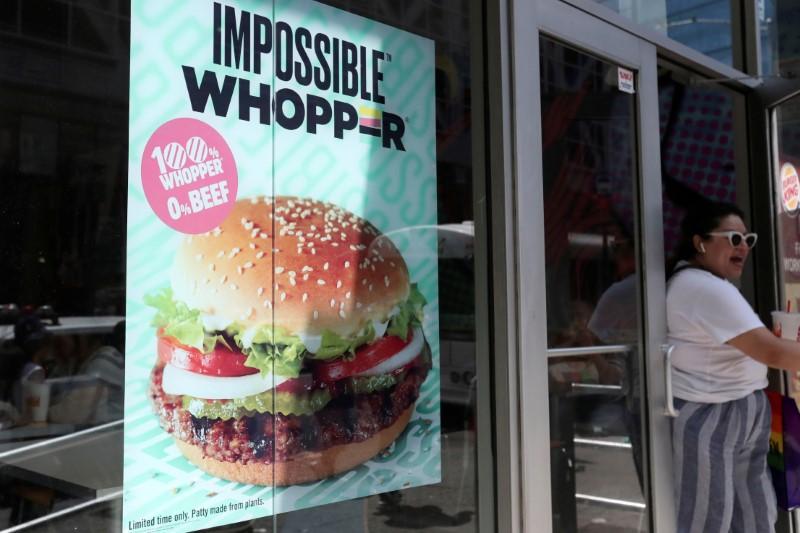 (Reuters) – Burger King said on Thursday it would add its plant-based Impossible Whopper sandwich to its popular 2 items for $6 promotion, a sign that fast-food chains are trying to reach more customers with affordable options.

Rival burger chain McDonald’s Corp (MCD.N) last week expanded its trial in Canada of vegan burgers made by Beyond Meat (BYND.O) and lowered the price of its plant, lettuce and tomato sandwich by 50 Canadian cents to C$5.99.

Plant-based fast foods are still more expensive on an average than regular meat offerings across restaurants, who are still chasing the widely popular trend that began more than a year ago.

The latest promotion is available for a limited time at participating restaurants where diners can choose from the Impossible Whopper, spicy crispy chicken, crispy chicken and its signature Whopper sandwich.

Burger King, owned by Restaurant Brands International Inc’s (QSR.TO) (QSR.N), was one of the first large fast-food chains to introduce a plant-based option and rolled out the vegan burger made with Impossible Foods’ patty across the United States last August.

The Impossible Whopper is about $1 to $2 more expensive than a regular Whopper, based on the location of the restaurant.