Masters of the universe, buyout kings, barbarians at the gate: private equity’s history isn’t one of modest nomenclature. So when one of its top titans starts espousing subscription-based revenue models, it’s probably worth paying attention.

“Making money through leverage, particularly in technology and software buyouts, is a thing of the past,” said Orlando Bravo, founder of Thoma Bravo, which manages more than $73 billion. “Financial engineering is a thing of the past. The way to make money, and the way we’re doing it, is really through operations.”

Thoma Bravo has carved out a niche within the buyout industry, focusing on cloud software businesses that draw steady, recurring sales in the form of subscriptions. The firm makes light-touch operational tweaks to the companies it acquires, usually keeping existing management in place and concentrating on growth rather than cost-cutting.

It’s a model that may lack the headline-grabbing verve of old private equity but has proven remarkably lucrative — and rarely more so than during the coronavirus pandemic.

“Coming into the pandemic we thought the recurring revenue services were going to be very stable, and it has proved so,” Bravo said in a Bloomberg TV interview. “If you buy the right software, they are the business. Companies cannot do business without it.”

Thoma Bravo has announced at least six acquisitions this year, according to data compiled by Bloomberg, including one this week for Flexera Software, a company it had previously owned. It has also exited several businesses; Intercontinental Exchange Inc. bought Ellie Mae Inc. for about $11 billion in September, while TPG and TA Associates agreed last month to acquire Planview Inc. for $1.6 billion.

As with much of the technology sector, the acceleration in companies’ digital dependency during the Covid-19 crisis has pushed valuations in cloud software to record highs. It’s a scenario that, on the face of it, should make a tough market for private equity buyers. Not so, according to Bravo.

“The most important thing is not the price going in these days. This is a market of growth,” he said. “The growth opportunities are so much bigger because these companies are all cloud, all recurring revenue and all solving problems that are 10 to 20 times bigger than the problems that were being solved 10 years ago.”

Bravo said he’s been “absolutely surprised” at how institutional investors’ confidence has held up during the pandemic. When the firm started raising anew pool of capital earlier this year, it looked to what happened during the 2008 financial crisis to get ready for the worst: no limited partner commitments, corporations freezing their budgets.

“This time it was totally different,” he said. “We started fundraising in March right when we went into a lockdown and, within a week or so, it became really apparent that the LPs were saying this is the time to invest.”

Thoma Bravosaid in October it had raised more than $22.8 billion across three funds. 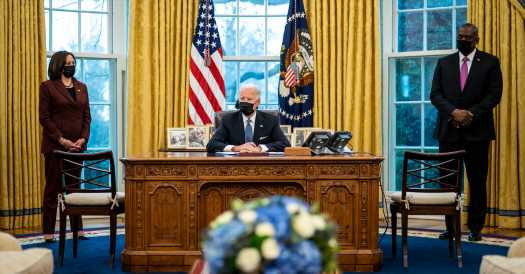