Hong Kong (CNN)China will move to pass a hugely controversial national security law for Hong Kong, in what could be the biggest blow to the city’s autonomy and civil liberties since its handover to Chinese rule in 1997.

The move by China’s rubber stamp parliament, the National People’s Congress (NPC), which is meeting in Beijing this week, is sure to fuel further anger and protests in the city, which was rocked by over six months of increasingly violent anti-government unrest last year.
The law, which is expected to ban sedition, secession and subversion of the central government in Beijing, will be introduced through a rarely used constitutional method that could effectively bypass Hong Kong’s legislature.

News of the plans was met with immediate criticism by opposition lawmakers in Hong Kong, human rights groups and the US State Department.
“It is the end of ‘one country, two systems’,” said Dennis Kwok, a pro-democracy lawmaker, referring to the principle by which Hong Kong has retained limited democracy and civil liberties since coming under Chinese control. “(They are) completely destroying Hong Kong.”

On Thursday, State Department spokeswoman Morgan Ortagus warned that “any effort to impose national security legislation that does not reflect the will of the people of Hong Kong” would be met with international condemnation.
Ortagus noted that the State Department was delaying its submission to Congress of the annual Hong Kong Policy Act Report in order “to account for any additional actions that Beijing may be contemplating in the run-up to and during the National People’s Congress that would further undermine Hong Kong’s high degree of autonomy.” 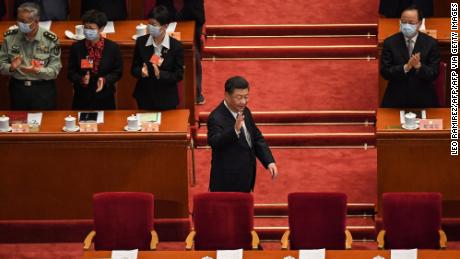 However, Chinese officials and state media defended the law as vital to protecting national security in the wake of last year’s protests and a 17-year failure by the Hong Kong government to pass similar legislation, since the last effort was met with mass protests in 2003.
“National security is the bedrock underpinning a country’s stability. Safeguarding national security serves the fundamental interests of all Chinese people, including our HK compatriots,” NPC spokesman Zhang Yesui told a news conference in Beijing on Thursday.
Ahead of the annual NPC meeting, which starts Friday, Zhang announced that this year’s session would review a proposal titled: “Establishment and Improvement of the Legal System and Implementation Mechanism for the Safeguarding of National Security in the Hong Kong Special Administrative Region.”
He emphasized that Hong Kong is an inseparable part of China and, “in light of new circumstances and need,” it is “highly necessary” for the NPC to exercise its constitutional power to deliberate such a proposal, adding that further details would be revealed Friday.

Article 23 of the Basic Law — Hong Kong’s de facto constitution — calls on the local government to “enact laws on its own to prohibit any act of treason, secession, sedition, subversion against the Central People’s Government.”
But almost 23 years after the former British colony was handed back to China, the law has never been passed — the last attempt in 2003 was met with what were then the largest-ever protests in the city’s history, and the legislation was shelved.
Beijing has long been frustrated by this failure, and has called for the legislation to be introduced. However, while subsequent Hong Kong administrations have spoken of a need to pass Article 23, it has never been put on the agenda, apparently for fear of the type of widespread unrest seen last year over a proposed extradition law with mainland China.
Those mass protests, which lasted over six months and grew increasingly violent and disruptive before the coronavirus pandemic drew them to a partial halt, were a major challenge to Beijing’s control over the city. Following a closed-door meeting of China’s top decision-making body late last year, an official communique spoke of the need to “improve” Hong Kong’s legal system, which some saw as a reference to Article 23.
In an editorial, the state-backed Global Times newspaper said the proposed law “will ensure forceful clampdown on evil foreign forces’ interference in Hong Kong affairs and make extremist opposition forces in Hong Kong restrain their destructive behaviors.” 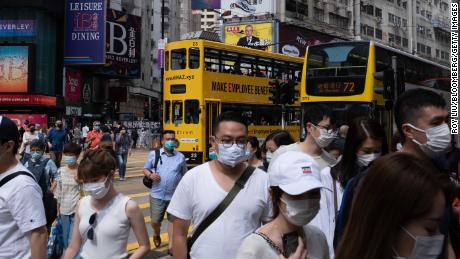 According to local media, Hong Kong delegates to the NPC suggested to Beijing using Annex III of the Basic Law to effectively bypass the years-long gridlock over the anti-sedition legislation. Anything added to the annex must be introduced in Hong Kong “by way of promulgation or legislation.”
Per Article 18 of the Basic Law, “laws listed in Annex III … shall be confined to those relating to defense and foreign affairs as well as other matters outside the limits of the autonomy of the Region.” Previous laws introduced in Hong Kong by law of Annex III include regulations regarding China’s exclusive economic zone, which has an effect on territorial claims in the South China Sea, and legislation regarding foreign banks.
In recent years, the Chinese government has taken a broader view to Annex III, and in 2017 it added a national anthem law to the list. The Hong Kong government said this month that the legislature will resume debate on that bill next week. The proposed law will make it a crime punishable by up to three years in prison “to insult the national anthem.”
That it has taken three years for the national anthem bill to receive a second reading indicates the type of delaying tactics and fierce opposition any attempt to introduce Article 23 via the legislature would bring. However, the Basic Law also permits the Hong Kong government to simply promulgate the law, bypassing lawmakers altogether. While this would be hugely controversial, and may face legal challenges, constitutionally it remains an option.
After the pandemic-enforced pause, unrest has begun again in earnest in Hong Kong. The national anthem law, as well as suggestions that a traditional commemoration of the Tiananmen Square massacre on June 4 might be called off, have already fired up the opposition movement, which hardly needed any additional motivation to resume protesting.

Putting Article 23 — long seen as the law that would finally spell the “death of Hong Kong” — back on the agenda is guaranteed to create further anger and protests, dashing any chance of a return to normality or healing of the city’s yawning political divide.
There is a chance, however, that the new law will give the authorities remit to move proactively to arrest some opposition figures. In a commentary published in Xinhua Thursday, the state-run news agency blasted pro-independence activists, saying separatists posed “serious challenges to national sovereignty, security and development” and would not be tolerated by Beijing.
Source: Read Full Article