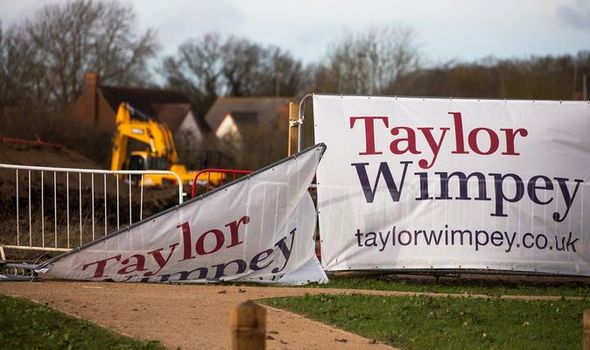 The Competition and Markets Authority said that the clauses had left leaseholders struggling to sell their homes or even get a mortgage on them. Their property could also be at risk if they fall behind on their rent. The regulator launched its probe into four housing developers in September last year. The CMA said that Taylor Wimpey has now voluntarily agreed to strike out contract terms that mean ground rents double and will fix them at the level originally paid when the leasehold properties were bought.

It has also pledged to stop selling homes with doubling clauses. Additionally, those customers who had doubling clauses amended so that their rent rises in line with retail price index inflation will see that axed. Their ground rents will also be fixed at the amount they originally paid.

CMA boss Andrea Coscelli said: “These totally unwarranted obligations lead to people being trapped in their homes, struggling to sell or obtain a mortgage. I hope the news they will no longer be bound into these terms will bring cheer as we head into Christmas.”

Taylor Wimpey is the third house builder to settle with the CMA, along with Countryside and Persimmon. Insurance giant Aviva, which has invested in freeholds, has also settled.

Looking for a new home, or just fancy a look? Add your postcode below or visit InYourArea

Mr Coscelli urged Barratt Developments, the fourth builder investigated, as well as other freehold investors, to “do the right thing and remove these problematic clauses” or face the consequences. “If they refuse, we stand ready to step in and take further action, through the courts if necessary,” he said.

Taylor Wimpey boss Pete Redfern said: “We have always sought to do the right thing by its customers, shareholders and other stakeholders, and we are pleased that today’s voluntary undertakings will draw this issue to a full close.”

He added that the builder will pay third-party freeholders of leases it no longer owns, to scrap doubling clauses and fix the ground rent of their leaseholders at their original levels.