As “The Daily Wire” put it, that’s Don Lemon “turning down the rhetoric” like: 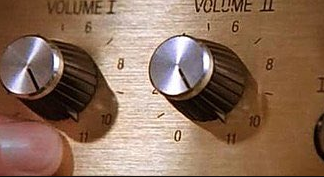 The comments, which initially didn’t make much of a splash across social media, were made by Lemon on CNN Monday night during a conversation he was having with Chris Cuomo about the shooting at the Pittsburgh synagogue, as well as the recent murder of two black men in Kentucky.

“There is no travel ban on them,” Lemon said during the handoff between shows. “There is no ban on — you know, they had the Muslim ban. There is no ‘white guy ban.’ So what do we do about that?”

His comments didn’t sit well with many notable white men, including Donald Trump Jr., who called Lemon a “moron” in this tweet Wednesday morning:

Jr. wasn’t the only recognizable voice from the right sounding off:

Even social-media website Gab.com, which has found its way into the newsflow lately, offered up its thoughts:

Almost two full days later and the backlash is still building.. with a smattering of support here and there: