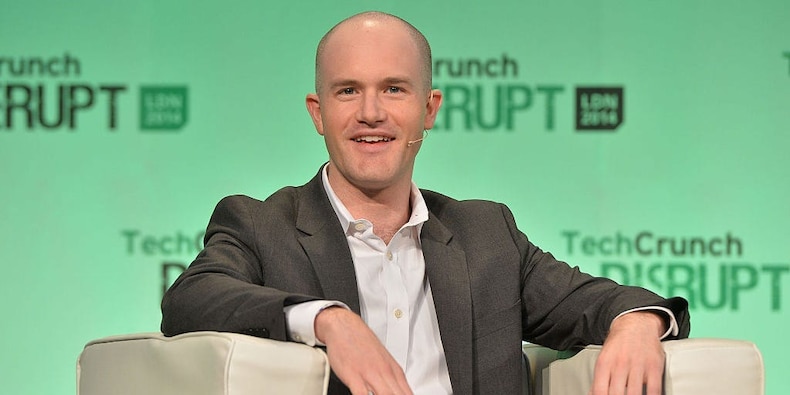 Shares of Coinbase climbed as much as 13% on Wednesday in its hotly anticipated trading debut on the Nasdaq.

The $381-per-share opening price put Coinbase’s valuation at $99.5 billion, giving it a bigger market capitalization than such established US companies as General Motors, FedEx, and Gilead Sciences.

Coinbase is the first major cryptocurrency exchange to go public, and investors see its direct listing as a major milestone for bringing cryptocurrencies in the mainstream. Bitcoin hovered near an all-time high above $63,000 when trading commenced, having hit a record of $64,869.77 earlier in the day.

“We look at the Coinbase listing as an additional validation of the space, and a major PR opportunity for the entire industry to shine as the future of finance,” said Alex Mashinsky, CEO and co-founder of Celsius, a cryptocurrency yield-earning platform.

He added: “Coinbase has more users and more revenues than many of the largest Wall Street players and is more profitable than any major exchange, this validation puts most skeptics at a crossroads having to re-evaluate their denial and frustration with the disruption coming at them from all sides.”

Read more: Bitcoin is a headache to store, and that’s created an investment opportunity that could theoretically pay determined traders big risk-free returns by December

Coinbase’s direct listing comes on the heels of its blowout first quarter earnings. The cryptocurrency exchange and brokerage revealed first quarter revenue grew 840% year-over-year to $1.8 billion, compared to the $1.3 billion for all of 2020.

The results led DA Davidson analyst Gil Luria to up his price target for COIN to $440 from $195 .Though other analysts caution that Coinbase has hefty competition.

David Trainer, New Constructs CEO, said in a stock research note that Coinbase’s $100 billion expected valuation implies that Coinbase will become the largest exchange in the world by revenue, which isn’t guaranteed given the existence of competitors like Gemini, Kraken, and Binance.

In the earnings report, the company warned that its financial results have fluctuated drastically on swings in crypto trading volume-something investors should keep an eye on, Trainer said.