Moonpig, the online greeting card and gift retailer, has reported a doubling of annual revenue and profits as lockdown restrictions on shoppers boosted demand.

While high street rivals were forced into hibernation due to the COVID-19 crisis, the company benefited from almost 51 million transactions as customers flocked to mark birthdays and other milestones.

Moonpig said its results – the first since a successful stock market debut in February – reflected investment in online services including its app. Chief executive Nickyl Raithatha said of the performance: “In the past year we have delivered an enduring transformation and step-change in the scale of our business.

“The long-term growth opportunity remains vast, with the majority of the card and gifting market still offline, and we have never been in a better position to capture this growth.” 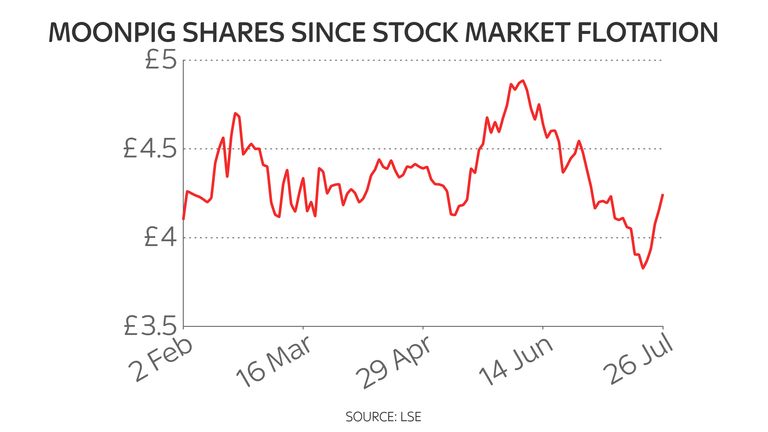 Moonpig upgraded expectations for its current financial year but said it expected group revenue to be about £250m to £260m – down by more than £100m.

The company said of the pandemic’s effect: “As restrictions have eased, we have seen customer purchase frequency start to normalise from elevated levels, and we expect this to continue in line with previous expectations.

“Despite this trading headwind, and the annualisation of the large cohort of new customers acquired during lockdown, we now expect revenue to be between 45% to 50% higher than in (pre-pandemic) FY20.”

Shares, which were listed at an offer price of 350 pence, were trading 3.5% higher at 439p in early trading on Tuesday but later slipped sharply, falling as much as 8%.