Home » Business » COVID-19: Struggling Norwegian slims down with the loss of 1,100 Gatwick jobs

Norwegian, the struggling European airline that offered cut price transatlantic flights, says a cull of routes will result in the loss of 1,100 jobs at Gatwick Airport.

The company, which has been battling high costs associated with a rapid expansion exacerbated by the impact of massive COVID-19 disruption to international travel, said it was to operate as a short-haul airline only under efforts to secure its future.

Norwegian confirmed it had gone cap-in-hand to its home government for financial aid. 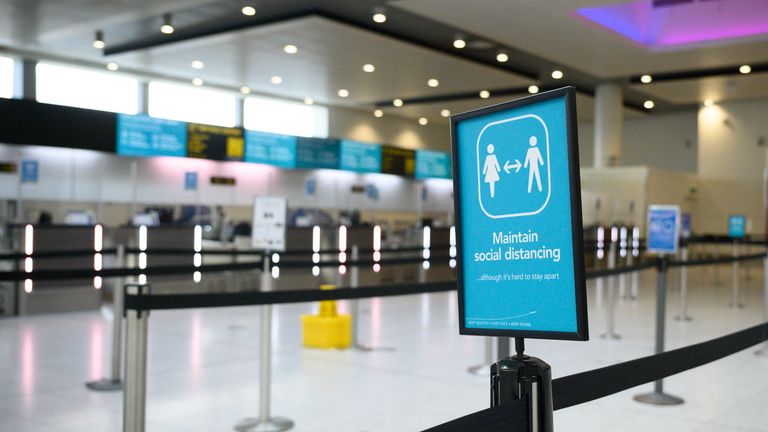 Long-haul operations in France, Italy, the US and Spain were also being shut.

The loss of its pilots and crew based at Gatwick account for just over half the jobs it plans to cut across its network.

The company said insolvency proceedings had begun at its UK arm, Norwegian Air Resources UK Limited, and it expected specialists at KPMG to be appointed to help those hit, including 300 pilots, submit claims for back pay and redundancy.

Staff were told: “We fully understand that this news will create both personal stress and challenges during this difficult time and would personally want to thank each one of you for your tireless dedication and contribution to Norwegian over the years.”

Norwegian promised that customers whose bookings would be affected by the shake-up would receive full refunds.

The company, which has grounded almost all its 138 planes since pandemic problems first hit the sector in Europe last March, told shareholders it planned to cut the number to just 50 aircraft.

Norwegian said it would operate within only Norway, the Nordic region and “key European destinations” in future.

Chief executive Jacob Schram said: “Our short-haul network has always been the backbone of Norwegian and will form the basis of a future resilient business model.”

He added: “By focusing our operation on a short-haul network, we aim to attract existing and new investors, serve our customers and support the wider infrastructure and travel industry in Norway and across the Nordics and Europe.

“Our focus is to rebuild a strong, profitable Norwegian so that we can safeguard as many jobs as possible.”

Shares fell 8% on the news of the cuts and the prospect of any state aid from the Norwegian government diluting shareholders’ investments.

A Sky News jobs tracker shows aviation among the sectors in the UK economy worst affected by the pandemic disruption.

Brian Strutton, the general secretary of the BALPA pilots’ union, said of Norwegian’s decision to shut the UK entity: “This news will be personally devastating for all Gatwick-based crew.

“The airline has struggled in the face of the ongoing COVID crisis, despite the combined efforts of all the company’s recognised trade unions, who have worked tirelessly to remain flexible and accommodating.

“The airline has failed for several reasons but there can be no blame apportioned to the pilot, crew or other staff groups.

“This is further evidence that the jobs death spiral I’ve been highlighting for months sadly continues.