Home » Business » 'Dangerous optimism' has the stock market on the brink of euphoria, Bank of America warns 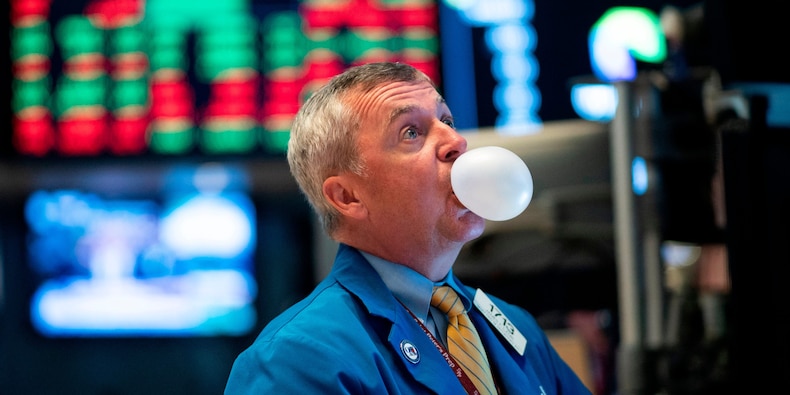 Wall Street strategists are exhibiting “dangerous optimism” that has not been seen since August of 2007, according to Bank of America’s sell side indicator.

The contrarian indicator gauges how bullish strategists are on stocks, and will generate a sell signal when the indicator surges past 60.3%. The most recent reading put the indicator at 58.4%, meaning it’s less than 2% away from signaling euphoria in the stock market, according to a Monday note from BofA.

The indicator has been stuck in the Neutral zone since December 2016.

Investors might have to “kiss double-digit S&P 500 returns goodbye” if the extreme optimism continues, based on historical data tied to the indicator.

Read more: The investing chief at a $200 million hedge fund that earned 300% on its Bed Bath & Beyond trade says the GameStop mania is ‘just the beginning’ – and shares another stock that he believes will similarly spike

“For the first time since 2011, the indicator’s output for expected total returns over the next 12-months has dropped to single-digits,” BofA said.

BofA reiterated its neutral stance on the S&P 500 with a year-end price target of 3,800, representing potential downside of 1% from Tuesday afternoon levels. The bank is sticking to its price target based off of the elevated bullish sentiment and “lofty valuations,” according to the note.

Read more: GOLDMAN SACHS: Buy these 35 stocks that are unruffled by GameStop mania and set to rally as the economic recovery gains speed 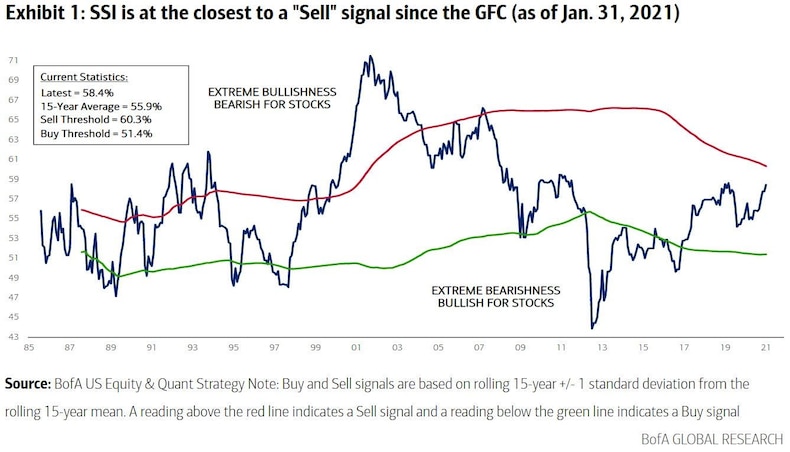