Not surprisingly, equity investors are bidding-up stock prices across sectors and the broader market is now more valuable than pre-Covid levels. 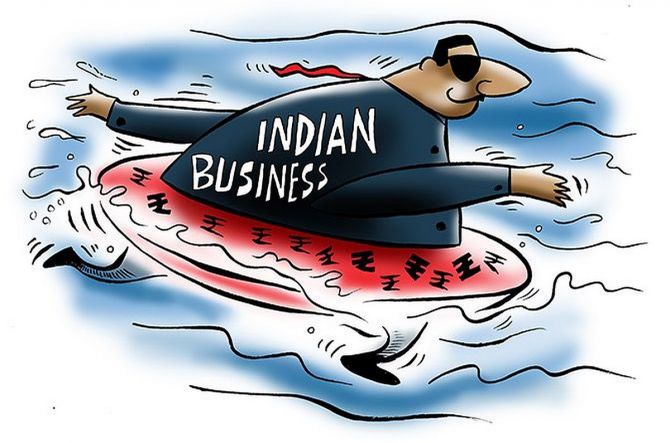 Going by headline profits in the September quarter (Q2) of FY20-21, India Inc has done well despite the disruptions due to the pandemic.

The combined net profit of listed companies reached a record  Rs 1.52 trillion — up two and half times on year-on-year (YoY) basis.

Not surprisingly, equity investors are bidding-up stock prices across sectors and the broader market is now more valuable than pre-Covid levels.

The surprise upside on earnings came despite a continued contraction in sales volumes and revenues.

The combined net sales of listed companies (interest income in case of banks and non-bank lenders) were down 5.2 per cent YoY during Q2 — marking the fifth consecutive quarter of revenue decline.

The trend in revenues suggests a sharp rebound in economic activity on sequential basis but it is yet to recover to its pre-Covid high.

The analysis is based on the quarterly results of 2,672 companies including their listed subsidiaries.

Company-wise and sectoral break-up of earnings growth, however, suggests recovery in earnings is much more muted than what headline numbers suggest.

Nearly two-third of the swing in net profits in Q2 FY21 was accounted for by Bharti Airtel and Vodafone Idea.

The two mobile operators reported a sharp decline in losses on YoY basis as they no more have to make provisions for adjusted gross revenue (AGR) dues.

Oil marketers such as Indian Oil, Bharat Petroleum, and Hindustan Petroleum reported large profits on account of inventory gains, despite 20 per cent plus decline in their net sales.

These exceptional gains will vanish now.

Bank earnings also surprised on the upside as they didn’t have to report bad loans and make provisions for them thanks to Supreme Court moratorium on loans.

The result was a sharp rise in profits despite muted growth in new loans.

Some help also came from decline in benchmark interest rate.

The net profit of companies — excluding oil and gas, banks and financials, and telecom — was up 7.8 per cent YoY, while their adjusted net profit was up 3.5 per cent YoY in Q2.

“We need to discount the earnings growth in this quarter as a large part of it came from exceptional gains and extremely low base last year.

“Besides companies in many sectors gained from pent-up demand and restocking by the trade post the lockdown, which will not be there in forthcoming quarters,” said G Chokkalingam, founder and MD, Equinomics Research & Advisory Services.

In the manufacturing sector, earnings were also boosted by a sharp decline in input prices that expanded gross and operating margins in most sectors.

On top of it, many manufactured goods such as metals, cement, tyres, and glass, among others, saw a sharp rise in prices due to a combination of disruption in domestic manufacturing and import restriction.

Analysts, however, expect many of these tailwinds to vanish as commodity prices rally and economic activity normalises.

“India Inc witnessed a strong profit after tax in Q2 on account of gains from corporate tax cut and sharp decline in operating expenses for a considerable number of companies.

“This is not likely to sustain once the economy completely unlocks and businesses reach their pre-Covid levels,” said Nirali Shah, senior research analyst, Samco Securities.

Stock prices, however, suggest this has raised earnings expectations among equity investors, which may not be easy for India Inc to meet, given record high valuations in most sectors.