EXCLUSIVE: A documentary and a feature biopic are in the works about the great Lefty Frizzell, one of the most influential singer-songwriters in the history of country music.

Extrovert Entertainment announced a deal with Frizzell’s family to make the films about the late performer, who died 46 years ago this day–on July 19, 1975–at the age of 47. His songs include “I Love You A Thousand Ways,” “If You’ve Got the Money (I’ve Got the Time)”, “Saginaw, Michigan,” and “Long Black Veil,” the latter song recorded in a haunting version by Johnny Cash.

In addition to his chart-topping hits, Frizzell was known for his dynamic performing style.

“Lefty is often referred to as the original Elvis, from the way he moved on stage, his legendary stage clothes, and how his good looks and voice made women swoon but beyond his talent is a fascinating story worthy of both a documentary and biopic,” said M. Douglas Silverstein, founder of Extrovert Entertainment, who will direct and produce the documentary. “I’m thrilled to be working directly with the Frizzells to show the world the full legacy of Lefty Frizzell from the man, the many myths, and the wonderful music he created!”

Silverstein—“M” as he is known—tells Deadline archival research for the nonfiction film has been underway for some time, with licensing of clips ongoing. He said shoots are on the calendar for interviews with some “remarkable people” in the business who knew Frizzell intimately. 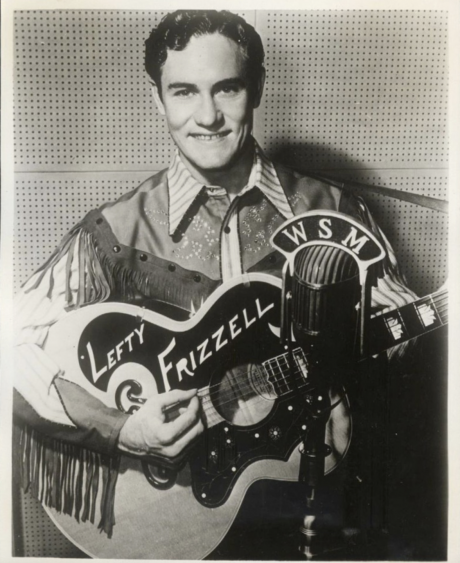 “It’s in process and it’s happening,” Silverstein said of the documentary. The nonfiction film will come first, followed by the intended fictionalized version. Silverstein declined to specify who might be ideal to play the role of Frizzell in a biopic, but admitted, “I think about that all the time.”

William Orville “Lefty” Frizzell was born in Corsicana, Texas in 1928, the eldest of eight children. He rose to fame in the 1950s and was often mentioned in the same breath as one of country music’s acknowledged greats, Hank Williams Sr.

“People talked about Lefty and Hank, Hank and Lefty,” Silverstein noted. “Time has not been generous to Lefty’s name in the way it should be.” He expressed certainty that with the upcoming films, “Lefty will get his rightful place in history.”

That would be welcome news to Lefty’s younger brothers, David and Allen, both singer-songwriters in their own right, and to Lefty’s son Marlon. 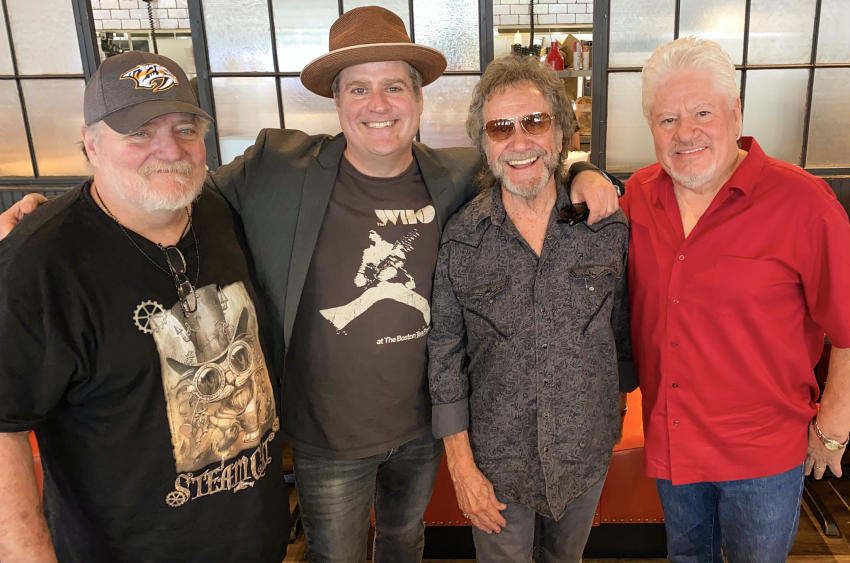 “We are so excited and honored to be working as a family to make these films happen,” said Marlon. “Lefty was one of the most influential singers you’ve never really heard of unless you were a hardcore country music fan. However, his music reached so many and influenced so many outside of the country genre, including Elvis and Roy Orbison.”

Silverstein noted that rich materials are available to document Frizzell’s life and career, although some family archives were lost in Hurricane Katrina and others kept in a storage facility were scattered after the locker was cleared out without the family’s knowledge. Silverstein says he’s been able to track down some of the items originally kept in that storage facility, and he’s putting out an “all call” to anyone—fans or friends—who may be in possession of other gems that would benefit the documentary production.

“We’re looking for the most unique stuff,” Silverstein commented, citing as one example anyone who may have footage or photographs of Frizzell performing in Saigon in March 1969 at the height of the Vietnam War. He added, “I’m hoping someone will say, ‘Hey, we do have that home video of Lefty performing at a county fair.”

Along with Elvis and Roy Orbison, Frizzell is considered a significant influence on George Jones, Willie Nelson, and Merle Haggard, among others. David Frizzell’s memoir about his brother, I Love You a Thousand Ways, includes an observation from Haggard, who wrote, “The impact Lefty had on country music is not even measurable. No one could handle a song like Lefty. He would hold on to each note and on each word until he finally decided to drop it and pick up the next one. Most of us learned to sing listening to him.”

Frizzell became a member of the Grand Ole Opry in 1951. He was posthumously inducted into the Country Music Hall of Fame, the Grammy Hall of Fame, the Rockabilly Hall of Fame, and the Nashville Songwriter’s Hall of Fame. In 2019, Frizzell’s song “Long Black Veil” was selected for preservation in the Library of Congress National Recording Registry.

Silverstein sums up the twists and turns of Frizzell’s life and accomplishments this way: “It’s an amazing story.”