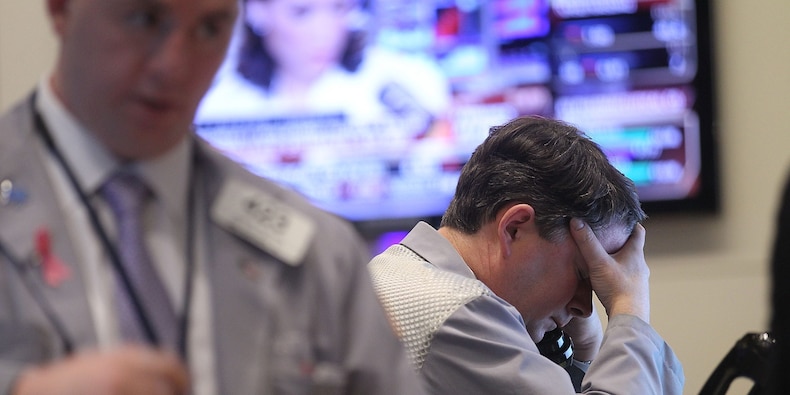 Tech stocks led a plunge in US stocks as the 10-year Treasury yield spiked to its highest point in a year.

Better-than-expected jobless claims Thursday morning played into the narrative that the US economy is on pace for strong economic growth this year, further fueling expectations for an increase in inflation.

Here’s where US indexes stood after the 4:00 p.m. ET close on Thursday:

GameStop, AMC, BlackBerry, and Nokia climbed higher on Thursday as Reddit traders returned to their favorite nostalgia-trade stocks. The GameStop surge could be in part to blame for this week’s stock market sell-off as hedge funds scramble to reduce leverage, according to Fundstrat’s Tom Lee.

Best Buy stock slumped over 10% on Thursday, hurt by fourth-quarter revenue that fell short of Wall Street’s target and the electronic retailer’s outlook for a potential decline in same-store sales in the current quarter.

Shares of Tesla slipped as much as 4% on Thursday as a report said the EV maker will idle the Model 3 line at its Fremont, California factory for two weeks. Staff on the Model 3 line in Fremont were told production would be shut down until March 7 without an explanation, according to unnamed Bloomberg sources.

Bitcoin hovered around $49,000. Ark Invest founder Cathie Wood said she could see the cryptocurrency’s market cap swelling into the trillions during a panel Thursday.