(Reuters) – The Dow Jones Industrial Average surged more than 1,000 points for the first time on Wednesday, leading a broad Wall Street rebound after a report that holiday sales were the strongest in years helped mollify concerns about the health of the economy.

Following Wall Street’s worst-ever Christmas Eve drop in the previous session, the advance was also fueled by investors’ reversing bets against a wide range of stocks. By the close, the Dow, S&P 500 and Nasdaq had notched their largest daily percentage gains in nearly a decade.

In a dramatic session that also saw the benchmark S&P 500 come within a whisker of dropping into bear market territory, oil prices surged, boosting sentiment for risk assets such as stocks and underpinning a 6.2 percent gain for energy shares .SPNY.

Concerns about the economic growth outlook, the U.S.-China trade dispute and rising interest rates have dogged stocks since the end of summer, and the major indexes are still down more than 10 percent this month alone, with three more trading days left in the year.

Traders and investors said technical market factors also contributed to the rally. By some technical measures, the S&P was its most oversold in years following Monday’s Christmas Eve sell off.

U.S. 2018 holiday sales rose 5.1 percent from a year ago to over $850 billion, the strongest gain in six years, according to a Mastercard report. The S&P 500 retailing index .SPXRT jumped 7.4 percent, while shares of online retailer Amazon (AMZN.O), which touted a “record-breaking” season, climbed 9.4 percent.

Stocks found their footing after wobbling in morning trade. The S&P 500 came within 2 points of being down 20 percent from its late-September closing high, the threshold commonly used to define a bear market.

“The market is extremely oversold where we left it” on Monday, said Brett Ewing, chief market strategist at First Franklin Financial Services in Tallahassee, Florida. “You cannot make the assumption that this correction is over, but today’s action is definitely a very positive signal.”

The previous record point gain for the Dow was 936.42 on Oct. 13, 2008, during a period when markets were whipsawed almost daily by developments in the financial crisis, which was then in full swing. Over the two sessions following that gain, the Dow dropped more than 800 points. 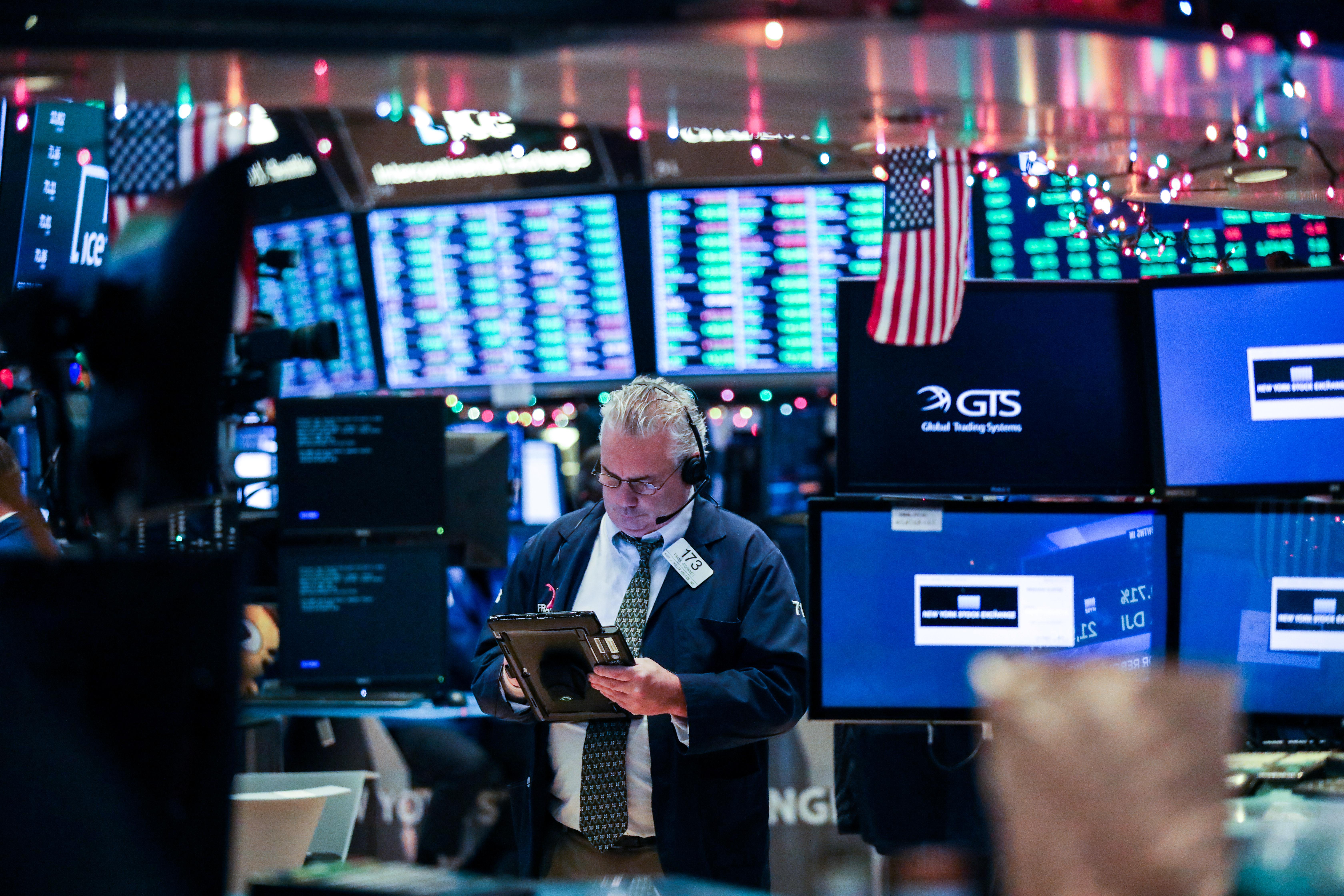 On Wednesday, short-covering was feverish as the Thomson Reuters United States Most Shorted Index .TRXUSPMSHRT enjoyed its best percentage rise it its six-year history.

“The move you see is just everybody trying to get out of these super, super bearish positions that they have been in, that have been easy to make money in. … This is a short-covering rally,” said Michael Antonelli, managing director of institutional sales trading at Robert W. Baird in Milwaukee.

“These kind of moves, as fun, as exciting as they are, you just don’t see this kind of stuff in healthy, normal markets,” he said.

All 11 major S&P 500 sectors ended in positive territory, with the technology sector .SPLRCT, after being beaten up during the recent pullback, rising 6.1 percent. Only one of the S&P 500’s components, Newmont Mining (NEM.N), finished down on the day.

The S&P broke a four-session streak of declines. But despite Wednesday’s surge, it remained on pace for its biggest monthly percentage drop since February 2009, during the throes of the financial crisis.

“Given the two months we’ve been through, it’s hard to look at one day and say it’s all over,” said Christopher Smart, head of macroeconomic and geopolitical research at Barings.

Even so, Smart said, “If you look at simple valuations in this market, it’s clearly much more attractive than it was over the summer and I think it means that it’s hard to see a lot more downside from here.”

The head of the U.S. Federal Reserve faces no risk of losing his job and President Donald Trump is happy with his Treasury secretary, White House economic adviser Kevin Hassett said in an apparent attempt to calm Wall Street nerves.

The most recent decline in stocks followed the Fed’s policy meeting last week, when the U.S. central bank raised interest rates again and Fed Chairman Jerome Powell did not soften his tone about the outlook for further financial tightening to the degree investors had hoped.

“I think the market is realizing that the Fed is open to being more flexible,” Ewing said. 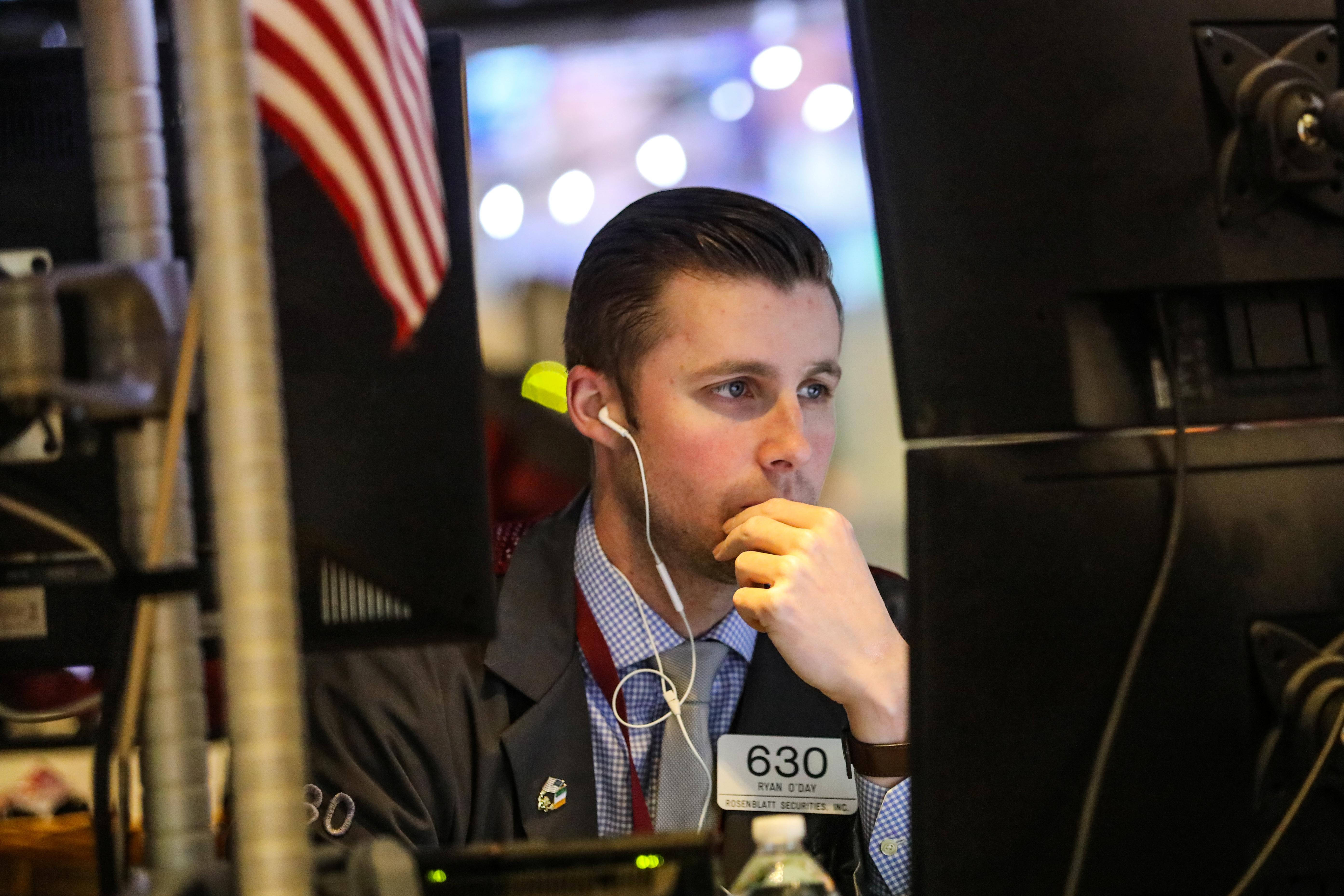 Advancing issues outnumbered declining ones on the NYSE by a 4.84-to-1 ratio; on Nasdaq, a 3.80-to-1 ratio favored advancers.

About 9.5 billion shares changed hands in U.S. exchanges, above the 9.1 billion daily average over the last 20 sessions.