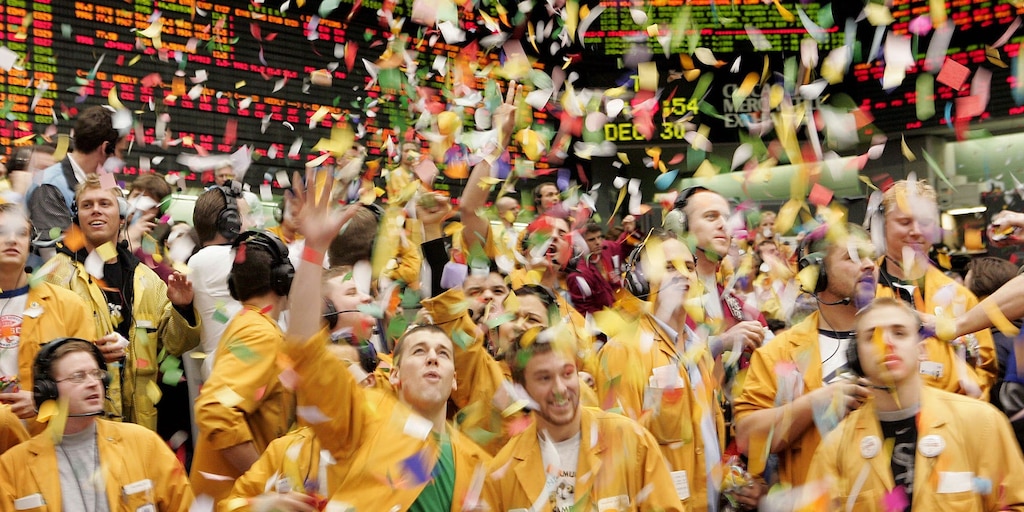 US stocks gained Wednesday, with the S&P 500 and Nasdaq composite indexes closing at record highs, as traders looked ahead to further economic stimulus. The rally was led by sectors that have underperformed in 2020, including utilities and financials.

Treasury Secretary Steven Mnuchin on Tuesday encouraged Congress to pass further stimulus, and he spoke with House Speaker Nancy Pelosi by phone, The Hill reported. But Democrats and Republicans remain locked in a stalemate over the next bill.

The August ADP employment report released on Wednesday said US companies added 428,000 jobs last month, less than half the median economist estimate of 1 million, suggesting that the labor-market recovery has lost momentum.

Here’s where US indexes stood at the 4 p.m. ET market close on Wednesday:

Read more: ‘You can make 5, 10, 50X your money’: Here’s an inside look at the 7-part strategy small-stock expert Ian Cassel is using to unearth the market’s most overlooked gems

The Federal Reserve released its Beige Book report on Wednesday, which showed that while there were modest gains in economic activity in August, the future outlook remains grim.

Traders will get further information on the economic recovery later this week. The Labor Department will release weekly jobless-claims data on Thursday, and the August jobs report is due on Friday. The report is expected to show that the US added back jobs in August, but slower than in previous months.

While the stock-market recovery from March lows has been fueled by technology companies and low interest rates, “there is hope that the data will start to give more cause for optimism as governments and business seek to make a success of the reopening,” Craig Erlam, a senior market analyst at Oanda, said in a Wednesday note.

Read more: Bernstein breaks down 4 reasons why red-hot growth stocks will keep soaring – and outlines how to build a safe portfolio designed to take advantage

Elsewhere in recovery news, AMC shares jumped after the company said it would open 140 movie theaters by Saturday, bringing its total operating to 420. The chipmaker Nvidia gained after saying it would release a new line of graphics cards later this month.

Earnings season continued. Shares of Macy’s gained after the company reported a smaller-than-expected loss in the last quarter.

Tesla slumped after Baillie Gifford, its largest outside shareholder, said it was forced to trim its stake due to the stock’s rally. Apple fell, following a rally spurred by the stock’s recent 4-for-1 split. Zoom declined after a record gain Tuesday.

Read more: GOLDMAN SACHS: Women portfolio managers are outperforming their male counterparts so far in 2020. These are the 25 stocks they own the most compared to men.