lectric two-wheelers have zipped past the half-a-million registration mark and achieved a market penetration of 4 per cent at the fag end of Calendar 2022, according to data released by VAHAN. 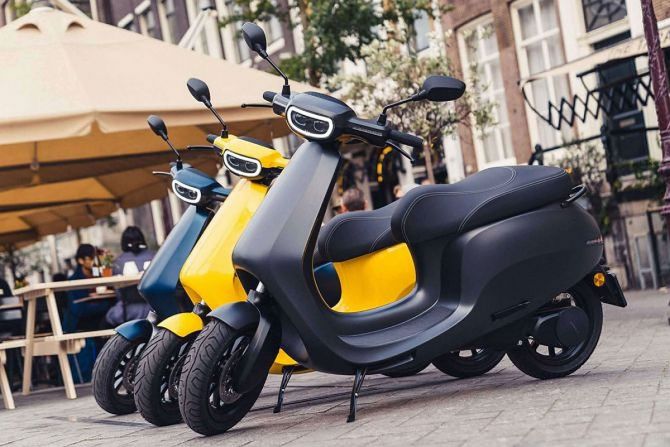 According to VAHAN data for the year (until December 27), 560,000 two-wheelers were registered in the country, up a staggering fourfold over 2021, when only 136,000 were registered, and when electric vehicle penetration was a mere 1.05 per cent.

The total number of two-wheelers (internal combustion engine, or ICE, and electric) registered so far in 2022 stands at 14.5 million, up only 12.7 per cent over the previous calendar year.

The number of electric two-wheelers registered might be lower than the 750,000 many had projected at the beginning of the year, but chip issue was a key reason registrations began slowing down since May, only to claw back in the festival season, when there was a big kick-up in sales.

That, and the capital expenditure plans in the space, has fuelled consensus that the market will cross well over 1 million in 2023.

Consumers can expect dozen-odd new electric two-wheelers in the market in 2023, with the big push coming from motorcycles, which account for over 60 per cent of the two-wheeler market.

Ampere EV by Greaves is expected to showcase a raft of new scooters at the Society of Indian Automobile Manufacturers’ Auto Expo in January.

Ola plans to launch its electric alternative, the Ola S1 Air (priced at Rs 84,999), in April next year, and clash head-on with Honda’s Activa, which dominates the ICE scooter market (sales at about 120,000 a month).

Ola has serious competitors in the motorcycle space, where everyone is waiting for Bajaj Auto and TVS Motor Company to make the next move.

Hero MotoCorp’s quiet entry into electric, too, will be watched eagerly.

Yet, some challenges could upset the electric two-wheeler applecart.

One is the recent crackdown on electric two-wheeler firms, which the government says have violated localisation norms.

The firms were to have achieved 50 per cent localisation to be eligible for Faster Adoption and Manufacturing of (Hybrid &) Electric Vehicles (FAME) II subsidy of Rs 40,000-50,000 per vehicle.

If they don’t get that subsidy, their sales will falter.

One such is the implementation of the tough new norms for batteries.

This was to be done in two phases – by December 1 and by March 1 – to prevent e-scooters from catching fire due to overheating and address long-standing concern on the part of consumers.

Experts say the implementation of these norms will increase the cost of battery and, consequently, the price of the e-scooter.

Overall registrations this month (until December 27) have been muted at 52,309.

This is just 72 per cent of what was achieved in November — a gap most players say cannot be covered within the next four days.

But companies like Ather Energy, Oyo Electric, Bajaj, and TVS have not been impacted seriously by the FAME II investigations, and are quite close to levels achieved in November.

However, Okinawa Scooters, the world’s second-largest player in the business, which saw its registrations hit 14,491 in October, is merely a third of that number at 4,422 in December, with just a few days to go.

This figure is also half of what it clocked in November, at 9,062.

Okinawa and Hero Electric are among companies under investigation for not achieving the localisation norms needed to get the FAME II subsidy.

Hero Electric, at 6,385 registrations in December, is at 70 per cent of what it did in November.

Ampere, acquired by Greaves Mobility, has also seen a dramatic fall. Its registrations so far in December stand at 3,715, which is a third of the 12,259 it did in November.

A spokesperson for the company says, “Ampere has successfully transitioned all its existing products into new battery norms, effective December 1.

“It is normal to see some drop in registrations in December for the industry.

“But we are confident that in the electric two-wheeler market, Ampere will see a surge starting January.”