The remaining 0.35 per cent will be credited in December this year, if the EPFO is able to redeem its equity investments. 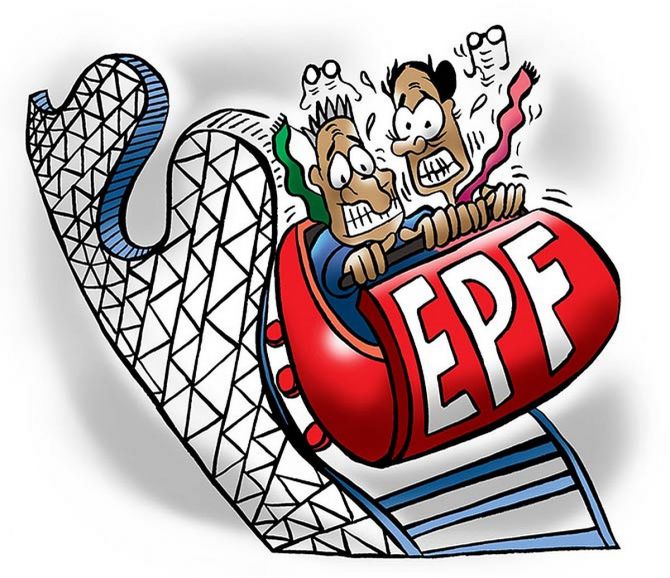 The Employees’ Provident Fund Organisation (EPFO) on Wednesday said it would credit 8.5 per cent interest to formal sector workers in a staggered manner, citing the Covid-19 pandemic’s impact on its income.

The decision was taken at a meeting of the EPFO’s central board of trustees (CBT), chaired by Labour and Employment Minister Santosh Kumar Gangwar.

For now, the subscribers will get an 8.15 per cent interest on their deposits for the financial year 2019-20 (FY20), significantly lower than the 8.5 per cent the EPFO had decided upon in March.

The remaining 0.35 per cent will be credited in December this year, if the EPFO is able to redeem its equity investments, said a member of the CBT.

“In view of exceptional circumstances arising out of Covid-19, the agenda regarding interest rate was reviewed by the central board and it recommended the 8.5 per cent rate to the central government.

“It would comprise 8.15 per cent from debt income and balance 0.35 per cent (capital gains) from the sale of ETFs (exchange-traded funds), subject to their redemption by December 31,” said a Union labour and employment ministry statement.

The EPFO is staring at an income shortfall of roughly Rs 2,500 crore in 2019-20 (FY20), if it gives out the interest at the rate of 8.5 per cent to its subscribers at one go, said the member requesting anonymity.

If the EPFO is unable to credit the remaining 0.35 per cent interest in December, this will be the lowest returns that the fund’s subscribers will get since 1977-78.

It had given an interest rate of 8 per cent in 1977-78. The EPFO credits interest to around 190 million accounts.

At 8.5 per cent, the interest rate was already at a seven-year low.

Subscribers got a 8.65 per cent interest rate in the previous financial year.

The EPFO was supposed to redeem its ETF investments made in 2016 for FY20 and expected to receive around Rs 2,800 crore.

“The exact amount of return will be determined in December when the ETF units are planned to be sold,” the CBT member said.

All India Trade Union Congress National secretary Sukumar Damle said the agenda item related to staggering the interest rate was not circulated to members in advance.

“This agenda was discussed and brought to the table at the last moment during the meeting.

“The employees’ representatives were shocked to know about the decision to credit interest rates in installments,” Damle said.

The EPFO’s investments in the equity markets yielded negative returns in FY20, the official data presented in the CBT meeting showed.

The investments accrued a return of minus 8.3 per cent for FY20, down from 14.7 per cent in the previous fiscal year.

The unprecedented sell-off in March, triggered by the Covid-19 pandemic, has eaten into the FY20 equity returns of almost all investors.

The EPFO also got lower returns on its investments in government securities.

The interest rate will be notified by the labour ministry after getting an approval from the finance ministry.

The EPFO’s earlier projections had shown that by agreeing to give an interest rate of 8.5 per cent in March, it would have been left with a surplus of around Rs 700 crore.