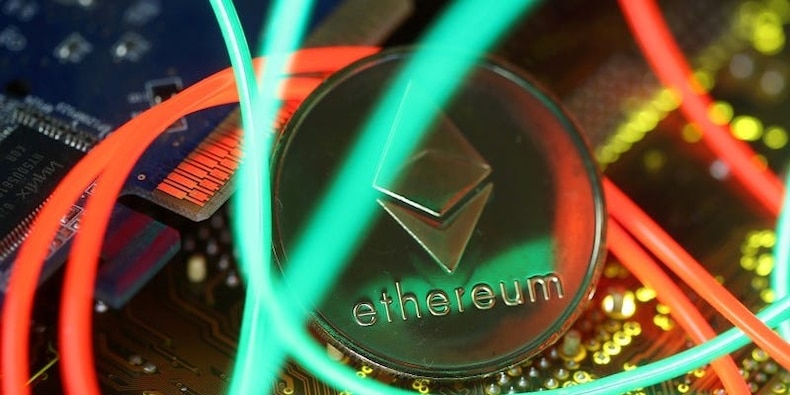 Transaction fees on the Ethereum cryptocurrency network “skyrocketed” in the first three months of 2021, driving up costs and sending some users towards other blockchains, according to a new report.

Coindesk’s quarterly overview of the cryptocurrency world, written by analysts led by Noelle Acheson, put the soaring “gas fees” down to a surge in the use of the Ethereum network.

Ethereum’s native cryptocurrency ether has hit record highs in 2021 as interest in cryptocurrencies has boomed.

The report suggested the average fee soared to $38 in late February and stood at around $24 in late March, up from around between $2 and $4 at the end of 2020. Coindesk found that average fees in the first quarter were higher than during ether’s 2017 bull run.

Its report said the fees were “increasing costs for users and pushing some applications onto competing blockchains, adding that the volume of transactions had slipped in recent weeks after soaring to new highs earlier in 2021.

It is the latest sign of a problem that Ethereum developers plan to tackle through major changes to the network that will cut so-called gas fees, although the plans have angered many ether miners.

Under the Ethereum network’s current system, users have to bid to have their transactions included in blocks by miners, which can make fees costly.

Under the changes, known as EIP-1559, users will send a base transaction fee to the network that would then destroy or “burn” ether tokens, thereby reducing the number of coins in circulation.

Dan Finlay, lead developer on popular Ethereum wallet MetaMask, told Insider in March: “Its purpose is to provide a more predictable transaction pricing system that reduces over-payment, and has some deflationary economics as a side benefit.”

Yet the changes have proved controversial among many miners, who will see their income slashed.

Debates among the Ethereum community are ongoing about the changes, with miners proposing a change of their own that could limit their pain.