WASHINGTON (Reuters) – U.S. President Donald Trump has secured concessions from the European Union to avoid a trade war, the Wall Street Journal reported on Wednesday, citing an EU official who was in the room during talks between Trump and the EU’s Jean-Claude Juncker.

Dow Jones cited the source as saying that Juncker had offered to import more U.S. soybeans and liquefied natural gas as well as reduce duties on some U.S. goods.

It also said that a joint statement was being agreed on car imports. Stocks rose to a session high and the euro rallied strongly on the reports.

Trump has threatened to impose 25 percent tariffs on auto imports, a move that would hit European carmakers like BMW(BMWG.DE) and Volkswagen(VOWG_p.DE) hard, as well as Japanese and South Korean car companies.

The Commerce Department could recommend new tariffs as early as September after an investigation into whether car imports posed a risk to U.S. national security. 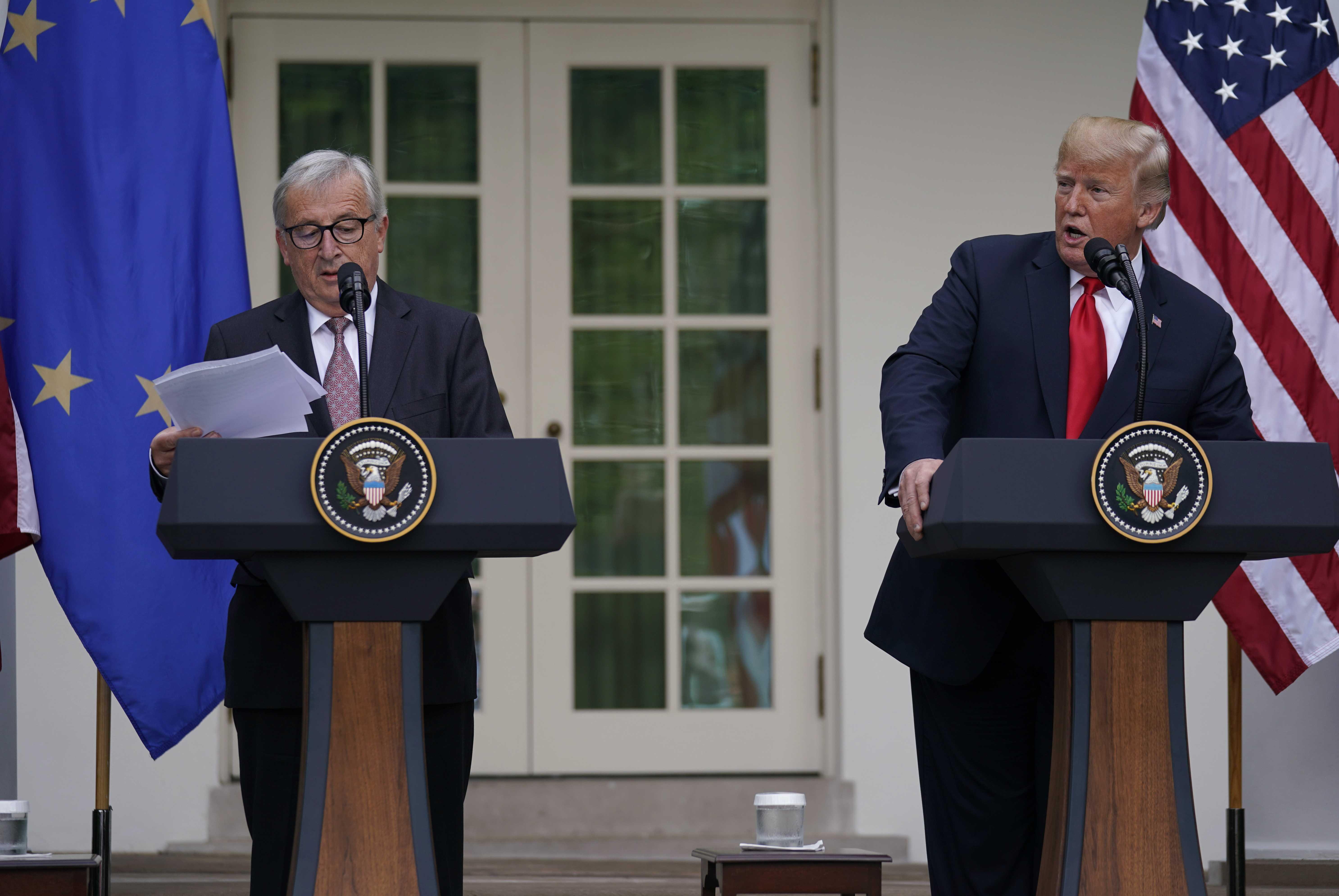 It was unclear whether Trump had backed off the proposed auto tariffs, or agreed to reverse earlier tariffs on steel and aluminum. The EU had demanded the metals tariffs be reversed before it agreed to talks on other trade issues.

The Commission briefed EU countries last week on the bloc’s possible response to car tariffs, saying in theory it could hit 9 billion euros of U.S. goods, according to EU sources.

But some EU diplomats said the commission was also looking at going for double that amount – to the level Malmstrom is suggesting – at half the duty rate.

The European Commission, which handles trade policy on behalf of the EU’s 28 member countries, has insisted that Juncker is seeking to open a dialogue with Trump, rather than negotiate. EU officials have also downplayed the idea that Juncker is arriving with a novel trade offer.