The delay is mainly due to litigation and late clarifications by various government agencies including the Reserve Bank of India and litigation by the Enforcement Directorate. 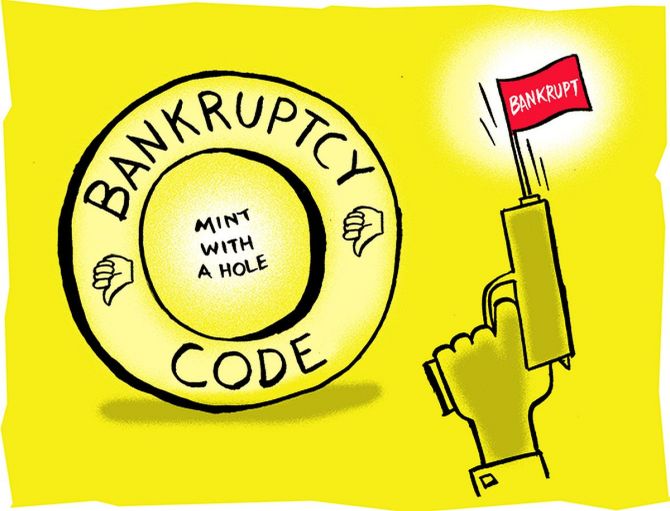 Even as lenders are getting ready to send more companies to bankruptcy courts from this week, several old cases are still awaiting resolution with no clarity on the completion of the process.

This includes some high profile cases from the first list of 40 companies including Videocon Industries, Bhushan Power and Steel and Lavasa Corporation, sent by the Reserve Bank of India (RBI) for resolution.

The delay is mainly due to litigation and late clarifications by various government agencies including the Reserve Bank of India and litigation by the Enforcement Directorate.

“There are several cases which have not seen resolution despite the Committee of Creditors announcing the highest bidder.

“As banks start recommending fresh cases from next week for debt resolution under the IBC 2016 from next month, there is no certainty when the earlier cases will get settled,” said a banker close to the development.

Several roads, real estate and power companies are headed to the bankruptcy courts once the one-year ban imposed by the RBI lifts.

“JSW’s acquisition of Bhushan Steel for Rs 19,700 crore is a classic example, which is awaiting resolution for a year with the matter pending in the Supreme Court,” the banker quoted above said.

The company has defaulted loans worth Rs 48,000 crore and banks are not getting any dues since June 2017.

While JSW is seeking immunity from any economic crime committed by the previous owners, the ED has objected to it and the matter is pending in the SC.

The resolution of Lavasa Corporation, a real estate development subsidiary of HCC, is also pending with the lenders extending the last date of receiving application till March 31st.

The company was admitted in the bankruptcy court in 2018 after it failed to repay debt worth Rs 2018.

The fate of Reliance Communications and its subsidiaries are still not clear with the RBI saying that the Asset Reconstruction Companies cannot participate in the bidding for bankrupt companies.

Bankers said they are looking forward to the one-time settlement (OTS) scheme so as to make sure that their funds are not blocked for years.

On an average, the banks are getting 45 perh cent of their dues in the IBC process and with one-time settlement, banks expect to expedite the settlement process.

Last week, the Supreme Court had to intervene and re-start the IBC process of a Hyderabad based company after the Telangana high court stayed the resolution process.

This was after the promoter moved courts to ask the Committee of Creditors (CoC) of the OCTL to consider any other proposal other than the one time settlement proposed by the ex-promoter.

The matter is pending for over four years now.

“The SC is still giving clarifications on several issues raised by former promoters, regulators and bidders.

“With this, the IBC is missing its objective of timely completion of the IBC process,” said head of an asset reconstruction company asking not to be quoted.