The claim: The price of self-serve fuel at a Los Angeles gas station hit $4.44 a gallon on Saturday

Just blocks from Rodeo Drive – the palm-dotted home to boutique fashion and art galleries – you apparently can find another eye-popping price tag at a Beverly Hills gas pump.

Some Facebook users recently shared a photo of a sign for a 76 gas station said to be in Los Angeles. The sign showed the price for a gallon of regular gasoline was up to $4.44 for self-serve. A premium gallon of self-serve gasoline cost $4.99, the photo showed.

That station was charging an additional $1 per gallon for full service.

While gas prices are rising, the station at the corner of Santa Monica Boulevard and Crescent Drive in the heart of Beverly Hills appears to be an outlier, with a history of above-average prices.

An individual who answered the phone at the station declined to provide price information over the phone, saying it was against policy.

The photo shared on Facebook doesn’t specify which station it shows, but GasBuddy analyst Patrick De Haan said it came from the 76 station at 427 Crescent Drive.

A Google Street view of the station from May 2019 shows the same buildings in the background — a corner of the Wallis Annenberg Center for the Performing Arts and a building that houses the Beverly Hills Courier — but a slightly different sign that advertised only self-service prices.

The station is near the center of commerce in Beverly Hills, where the median income was nearly $107,000 between 2015 and 2019, according to the U.S. Census Bureau, compared with about $75,000 for the entire state of California.

It sits near a complex that houses Beverly Hills’ city hall, public library and police and fire departments and about three blocks from Rodeo Drive, where retailers offer silk masks handmade in Italy for $465 and $2,500 handbags. 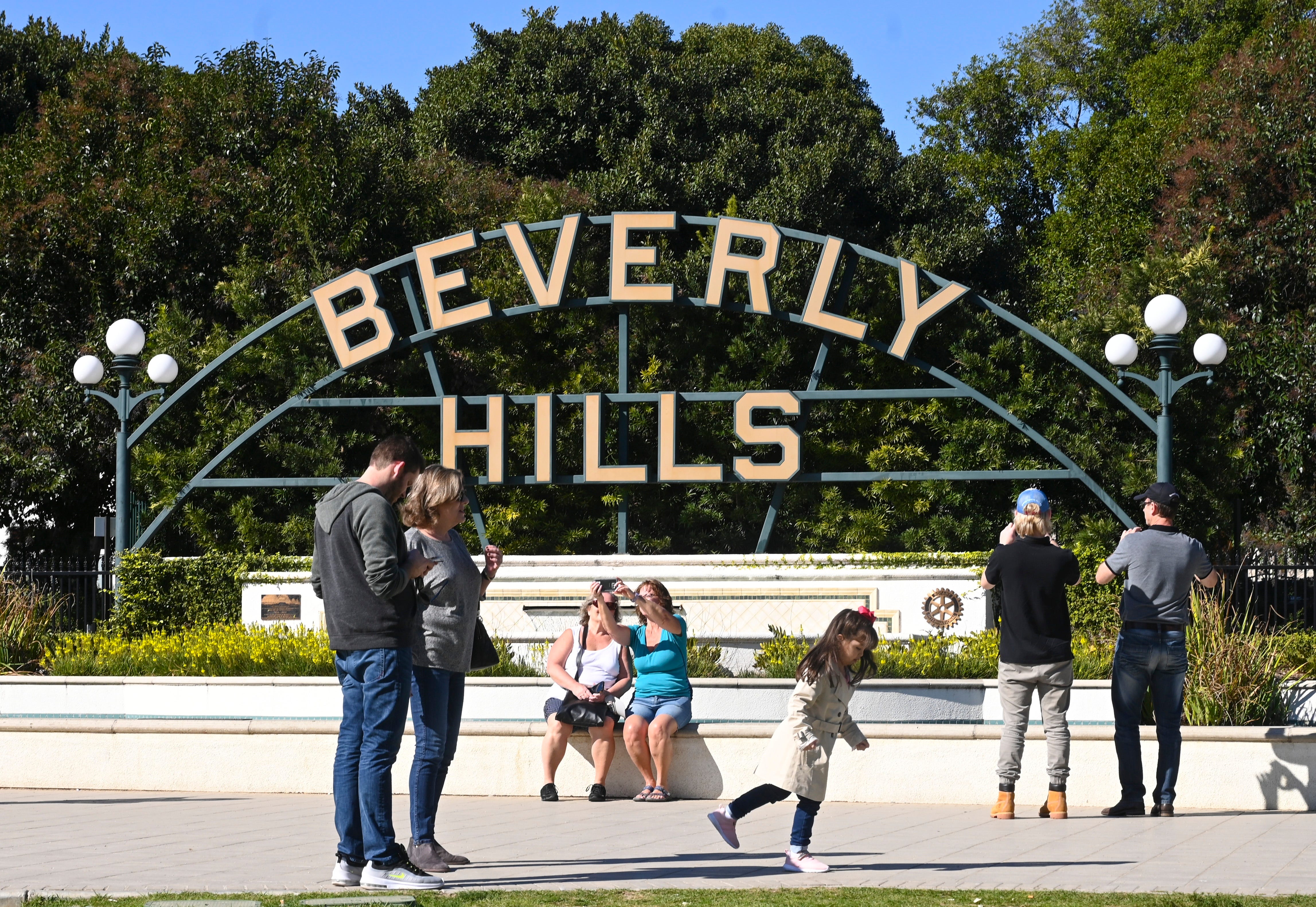 Gas prices rising, but not that high for most stations

The $4.44 cost for a regular gallon of gasoline is far higher than the average for the Los Angeles metropolitan area as of March 1.

“It’s accurate,” De Haan said. “But of course that doesn’t paint the whole picture either.”

Average prices are rising in the area and around the country, but not to the level of the station pictured in the viral post. Regular unleaded gas prices are up about 29 cents from last month’s average and about 21 cents from last year’s average in Los Angeles, according to GasBuddy.

The average price for a regular gallon of gasoline in the Los Angeles metro area was about $3.74 on the afternoon of March 1, according to GasBuddy. The tool uses a network of about 30 million users to update pricing throughout the country.

The AAA auto club reported the average price for a gallon of regular gasoline in the Los Angeles area as $3.75.

GasBuddy’s data shows that average prices in Los Angeles are routinely about $1 higher than the rest of the country, but De Haan said in an email to USA TODAY the Beverly Hills 76 station “has a long had a history of above-average prices.”

“In this case it’s an affluent neighborhood where people don’t care what gas is,” De Haan said. “Jay Leno strolls down and fills up, a guy that’s not really price sensitive.” 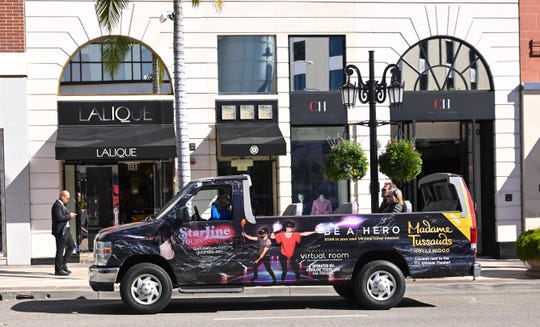 A photo that shows the price of self serve fuel at a Los Angeles gas station hit $4.44 a gallon is MISSING CONTEXT. The photo shows accurate pricing for the station, but data from GasBuddy and AAA show it is more expensive than the average for Los Angeles. The station is in the heart of affluent Beverly Hills near boutique clothing shops and art galleries.