New York (CNN Business)Diapers are a notoriously large expense for caregivers of newborns, toddlers and adults suffering from incontinence.

Infants require up to 12 diapers per day, at a cost of $70 to $80 per month per child. That’s roughly $930 per year, according to the National Diaper Bank Network, a non-profit working to eliminate diaper need.
But a growing number of US states are eliminating sales taxes on diapers, providing some relief for caregivers. The effort is gaining momentum because of high inflation and the strain it’s putting on families. Federal food assistance programs cannot be used to purchase diapers.

The high cost of diapers often falls hardest on mothers, particularly poor moms of color. One in three US families struggle to afford diapers, the group said, and the poorest fifth of Americans who buy diapers spend nearly 14% of their post-tax income on them. 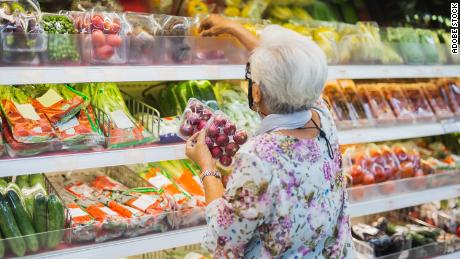 The recent spike in inflation has made diapers even more expensive, and demand at diaper banks has surged since the start of the pandemic.

Disposable diaper prices have jumped 20% over the past year, according to the latest data from NielsenIQ. Cloth diaper prices increased 13%.
As of early June, 31 states charged sales tax on diapers, ranging from 1.5% in Virginia to 7% in Indiana, Mississippi, and Tennessee. In many states, cities and counties add additional taxes.

Eliminating a 7% sales tax on diapers would save a family around $66 annually, according to the National Diaper Bank Network.
New York Gov. Kathy Hochul on Monday ceremonially signed a bill into law that will exempt diapers for children and adults from local sales tax. Previously diapers had been exempt from New York state sales tax. The new law removes all local taxes, including city and county.

Colorado and Iowa agreed to get rid of the state tax on all diapers, beginning in 2023. Florida, Maryland and Louisiana passed similar breaks that took effect in July. Ohio, Michigan and other states and municipalities are debating laws eliminating sales tax on diapers.
State and federal lawmakers are also considering other tax holidays, including a break on gasoline taxes. President Joe Biden in June called for a three-month pause on the 18.3-cent-per-gallon federal tax. But there is strong opposition to the proposal, even from Biden allies. Many economists say it won’t solve the underlying problem of high oil prices and could add to inflation.
Source: Read Full Article