Home » Business » 'Football is not about pounds, dollars … it's about flesh and blood, people'

London (CNN Business)A dozen of Europe’s top soccer clubs have agreed to form a breakaway league, producing howls of indignation from the sport’s governing bodies, the elected leaders of France and Britain, and legions of their own fans. Why make such an unpopular move? Money, of course.

The announcement of the European Super League on Sunday has kicked off a fierce power struggle that could upend the economics of European football. The battle pits the billionaire owners of the league’s 12 founding teams, which are among the richest clubs in the world, and Wall Street’s biggest bank, against pretty much everyone else.
Aleksander Čeferin, president of the Union of European Football Associations (UEFA), told reporters on Monday that the breakaway clubs are “fueled purely by greed.” 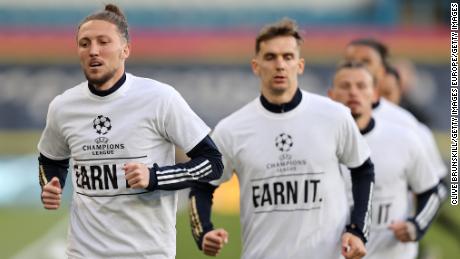 “Super League is only about money, money of the dozen, I don’t want to call them dirty dozen — but UEFA is about developing football, and about financing what should be financed, that our football, our culture, survives — and some people don’t understand it,” Čeferin said.

The founding clubs will be permanent members of the European Super League (ESL), a structure that resembles Major League Baseball or the National Football League and one that promises eye-popping paydays from media rights and merchandising.

But it runs counter to the traditions of European football, with its roots in industrial working class neighborhoods, where even the poorest clubs are promoted to top leagues if they win and no amount of money can protect rich teams from relegation if they lose.
Six English clubs — Arsenal, Chelsea, Liverpool, Manchester City, Manchester United (MANU) and Tottenham Hotspur — have said they will join the league, along with AC Milan, Inter Milan and Juventus (JVTSF) from Italy and Spanish clubs Atlético Madrid, Barcelona and Real Madrid. The ESL plans to add three more permanent clubs, while five more would qualify annually based on performance. 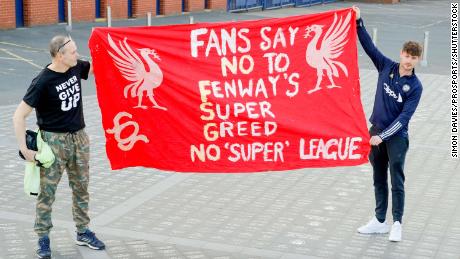 By walling themselves off from competition, the founding clubs have been accused of orchestrating a massive cash grab that would harm smaller competitors, and potentially doom the elite Champions League, which is contested by top-division clubs from across Europe.
The biographies of the club owners reinforce the notion that money was the driving force behind the decision to start the Super League.
American billionaire John Henry’s Fenway Sports Group, which owns the Boston Red Sox, is at the helm of Liverpool. Another American billionaire, Stan Kroenke, controls Arsenal and US sports franchises including the LA Rams and the Denver Nuggets. Russian oligarch Roman Abramovich owns Chelsea and Emirati royal Sheikh Mansour bin Zayed Al Nahyan owns Manchester City.
Chinese investors are behind Inter Milan, and US billionaire Paul Singer’s Elliott Management pulls the strings at local rival AC Milan. Juventus’ long time owners are the Agnelli family, which made their money from ventures including carmaker Fiat.
The Glazer family, which also owns Tampa Bay Buccaneers, runs Manchester United. Protesting fans made their feelings about the American bosses known on Monday, holding a banner outside the club’s stadium that said: “Created by the poor, stolen by the rich.”
By contrast, Bayern Munich and teams in Germany, where commercial investors are prevented from controlling more than 49% of most major clubs, are notable by their absence from the ESL. As are clubs in France, where President Emmanuel Macron has slammed the new league. 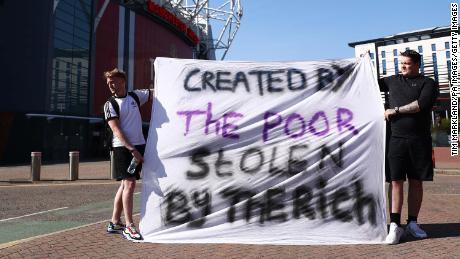 If the league survives the initial backlash and legal threats, the founding clubs are guaranteed many millions of dollars each year from selling the broadcast rights to their matches. Media giants including Facebook (FB) and Disney (DIS) are likely bidders, although three potential contenders — Amazon (AMZN), BT (BTGOF) Sport and Sky, which is owned by Comcast (CMCSA) — have already distanced themselves from the breakaway league.
“We believe part of the drama and beauty of European football comes from the ability of any club to achieve success through their performance of the pitch,” Amazon Prime Video said in a statement.
The reaction from media companies is no surprise given the huge political outcry the announcement has sparked. UK Prime Minister Boris Johnson said his government was “exploring every possibility, including legislative options” to stop it. Prince William, the Duke of Cambridge, said that he shares “the concerns of fans about the proposed Super League and the damage it risks causing to the game we love.”
Still, the league has a powerful backer: JPMorgan Chase (JPM), which confirmed to CNN Business on Monday that it’s providing financing. 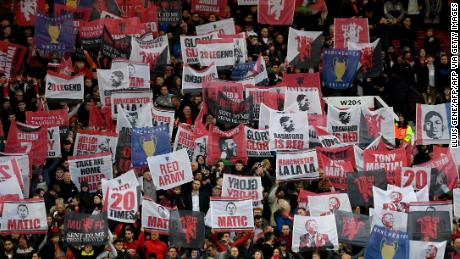 Tottenham Hotspur said in a press release that the founding clubs will receive €3.5 billion ($4.2 billion) to support their infrastructure investment plans and offset the impact of the coronavirus pandemic. The clubs will each receive a “welcome bonus” worth up to €300 million ($360 million) each, the Financial Times reported.
Football fans on Twitter criticized JPMorgan over its involvement. One user sarcastically included a screen shot of Jamie Dimon’s recent letter to shareholders, in which the CEO states that “businesses must earn the trust of their customers and communities by acting ethically and morally.”
Despite the controversy, investors are seeing dollar signs. Shares in Manchester United surged 6.7% in New York on Monday, while Juventus’ stock skyrocketed nearly 18% in Milan on Monday before giving back some of its gains on Tuesday.

FIFA President Gianni Infantino said Tuesday that clubs should think very carefully about their next moves.
“They need to reflect and need to assume responsibility,” he said. “They need to think not only of their shareholders, which are important of course, but they need to think of … all the fans, of all those which have contributed to create what European football is today.”
Source: Read Full Article