Home » Business » For restaurants, the economic recovery is 'moving in reverse'

New York (CNN Business)A record number of Americans are quitting their jobs and businesses are desperately struggling to fill open positions. Target doesn’t have either of those problems.

Target (TGT) said Wednesday that its turnover rate for hourly workers was lower this year compared with 2019, even after accounting for new hires. The retailer is also adding 100,000 new temporary employees to meet holiday shopping demand and offering its existing workforce five million additional hours of work during the busiest stretch of the year.
“The way we achieve our staffing goals is [to] retain the team we have,” Target chief operating officer John Mulligan said on an earnings call with analysts Wednesday. The average hours a store employee works is “running significantly higher this year in comparison to past years,” he added. 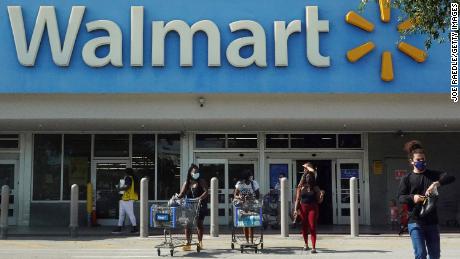 In 2019, more than 20 workers criticized Target for cutting their hours, making it difficult to qualify for health insurance through the company and, in some cases, pay their bills.

This year, Target has been giving employees more flexible schedules and training them in different positions, Mulligan said, which has helped open up additional hours for those who want more work.

Target also has raised its starting wage to $15 an hour, offered spot bonuses to workers during the pandemic, and expanded its training and benefits packages.
During the holidays, Target will give $2 more per hour to store staff who work every Saturday and Sunday from November 20 to December 19, plus December 24 and December 26. Supply chain workers will receive an extra $2 an hour for two week periods they work from October 10 to December 18.
Other big chains also say they’re well staffed for the holidays, despite the tight labor market.
Walmart (WMT), which has raised its minimum wage to $12 an hour, has added 200,000 new workers to stores and its supply chain to meet holiday demand, the company said Tuesday.

Walmart CEO Doug McMillon said that as federal stimulus payments have faded, staffing levels have picked up.
“When the stimulus dollars started to go away, the hiring situation changed faster,” he said. “We saw people come back in a matter of weeks.”
Source: Read Full Article