They're watches, of course.

High-net-worth-individuals have been buying high-end watches for years, but the trend has accelerated along with so much other spending at the upper end during the pandemic.

New watches can be very pricey and collectible, but vintage watches are the ones that almost dominate the watch sector. In fact, secondhand watch sellers are almost as popular as the auction houses that sell blue-chip artwork, and the websites that resell Birkin and Chanel bags.

According to Deloitte's 2019 "Global Powers of Luxury Goods" report, the average annual sales made by the top 32 watch and jewelry companies topped $2 billion in 2017, but a 2018 Bain report stated that the secondhand market was worth nearly $25 billion, with watches and jewelry making up over 80% of all secondhand market purchases.

As for where to look in secondhand? There are certain stand-out names.

"Brands like Rolex, Patek Philippe, and Audemars Piguet are controlled by families and not investors," Tim Stracke, CEO of the watch resale site Chrono24, told Business Insider earlier this year. "They have limited their supply for more than a century. They have a super long-term view and they value brand reputation higher than short term profits. This will very likely prevail for future generations and keep the value of their watches up."

Business Insider spoke with three watch experts to find out which watches are the best to invest in, and which ones they would recommend to those looking to start (or expand) their watch portfolios. The list includes both new and secondhand watches. Keep reading to find out the 11 stand-out watches they recommend.

Business Insider spoke with three watch experts to see which watches they would recommend for those looking to invest. 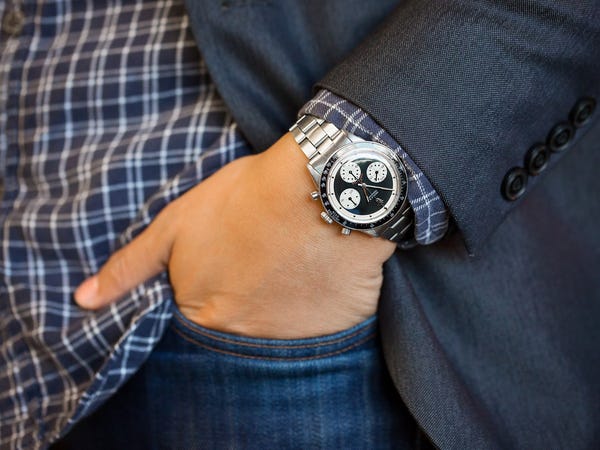 The experts Business Insider spoke to all recommended the same brands: Rolex, Patek Philippe, and Audemars Piguet. These brands, in addition to Richard Milles, are synonymous with luxury in the watch world and make for a good long-term investment.

Tim Stracke, the CEO of Chrono24, a platform that allows customers to buy and sell pre-owned watches, told Business Insider that these top watch brands are known for their quality and craftsmanship, and are not produced en masse.

"They are not available in unlimited numbers," Stracke told Business Insider. "That's why the demand is rising and prices remain stable or even grow." 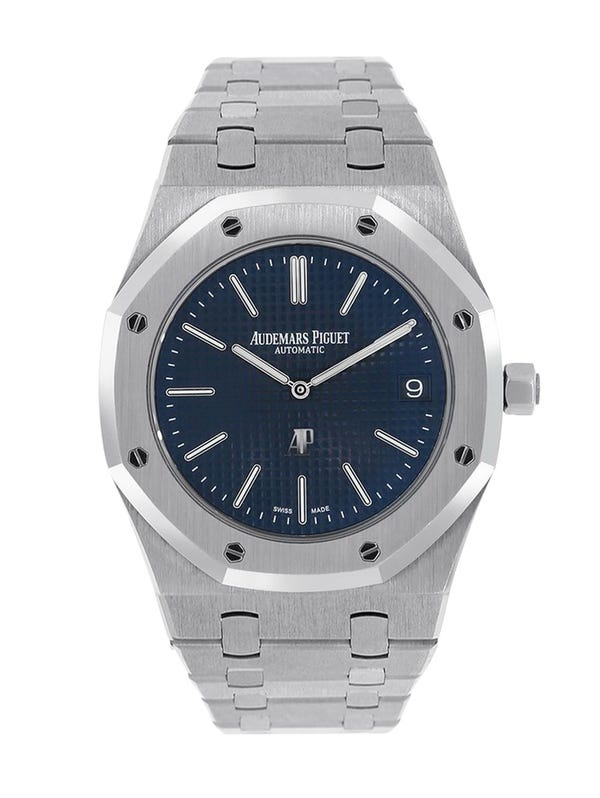 Stracke told Business Insider that historically, "steel sports models from iconic brands" are usually the ones that out-perform the global stock indexes.

One of his top picks is the Audemars Piguet: Royal Oak Jumbo, Reference 15202ST, pictured above. 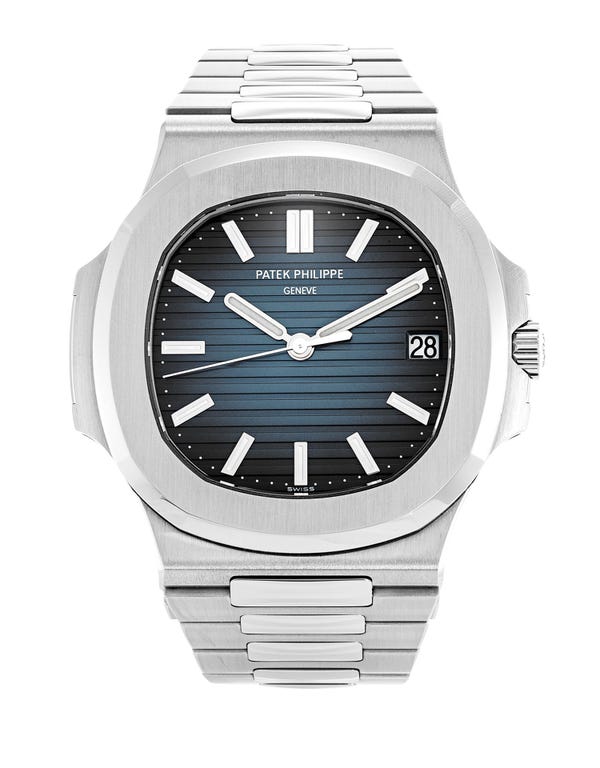 He also recommends the Patek Philippe: Steel Nautilus, Reference 5711. And said that mechanical watches such as this "hit the 'zeitgeist.'"

"They are a counterpoint to the ever-growing digitalization of our everyday life and remind us of the beauty of true craftsmanship," he said. "Certain watch models are more sought after than others, which is mainly due to the brand reputation of the Swiss brands in terms of their craftsmanship." 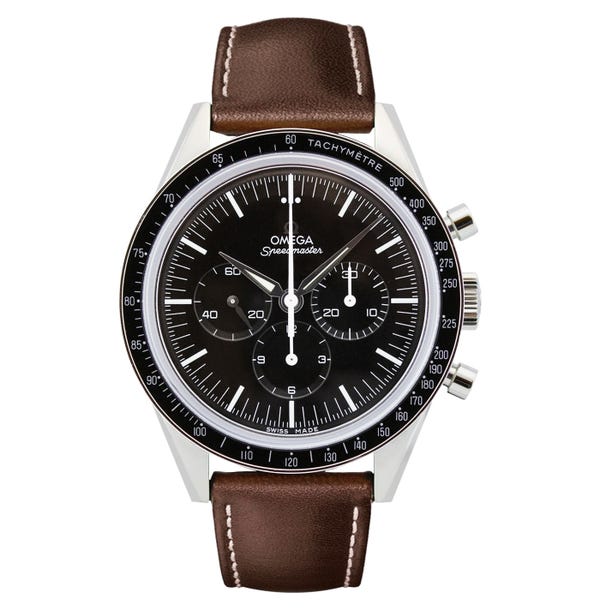 Another watch he recommends is the Omega Speedmaster "First Omega in Space" which he said is a "hidden champion" in watches. He also pointed to the fact that, over the last three years, this watch model has increased in value at a steady 10%.

"[It's] a great version of the legendary Moonwatch at a more affordable price point," he said. 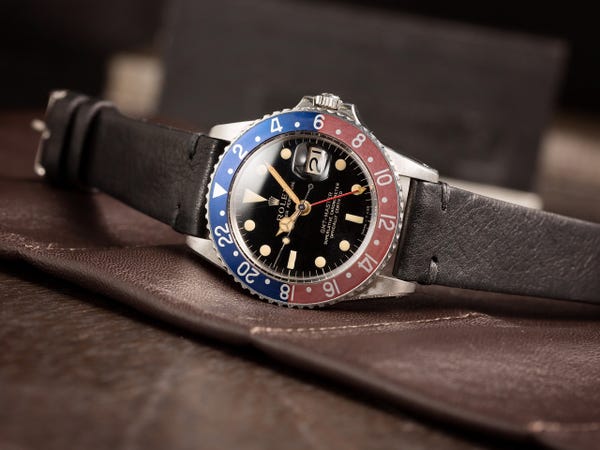 Paul Altieri, CEO of Bob's Watches, has similar recommendations for those looking to invest in watches, and one of his favorites is the Rolex GMT, Reference 1675.

"I always encourage folks to buy what they love and not what will end up being the 'best investment'," he told Business Insider. "Historically speaking, Rolex has done fantastically well appreciating in value in the past few decades. And they are — for the most part — affordable luxury." 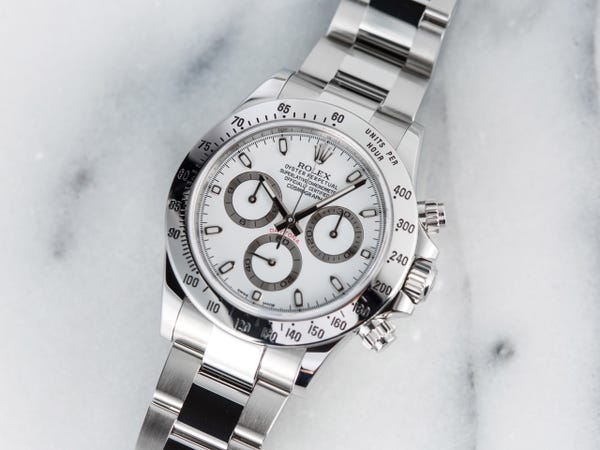 Another one of his favorites is the Rolex Daytona, Reference 16520.

"I am partial to the Rolex Submariner, Daytona, and GMT models," Altieri continued. "You really can't go wrong here, whether it's a new model, pre-owned, or vintage.  As long as it's an original honest example." 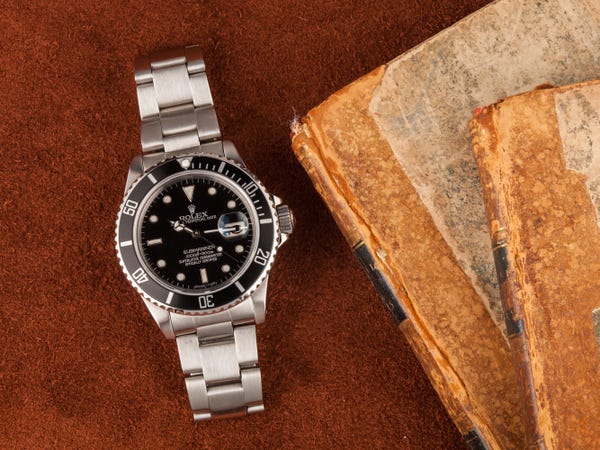 He is also a huge fan of the Rolex Submariner, Reference 16800. He pointed out that all of the three Rolex sports models — the Submariner, Daytona, and GMT, have increased substantially in demand over the past few years, as demand is what typically drives valuations.

"They have all proven to be great investments over time," he finished. 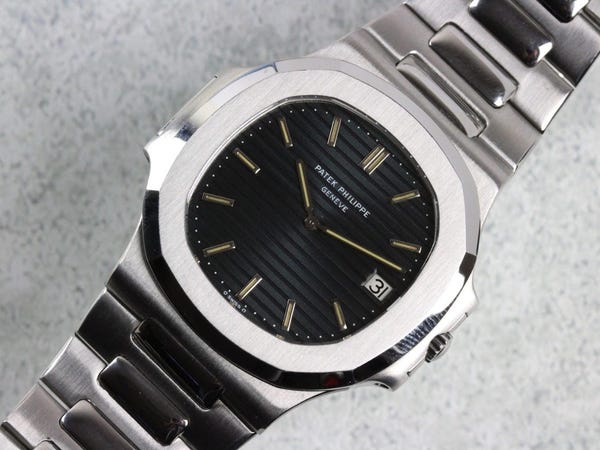 Adam Golden, CEO of Menta Watches, also said it was best to stick with "blue chip" watches, such as the ones previously mentioned, and said he loves the Patek Philippe: Nautilus, Reference 3800, pictured above.

"Patek Phillippe Nautilus, circa 1978, in stainless steel," he said. "The Nautilus is arguably the most famous of Gerald Genta's designs and adorned by collectors, new and old." 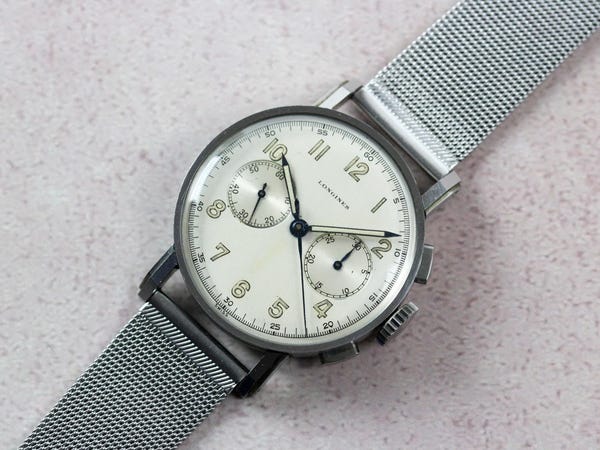 However, he does say that it might be worth looking at other watches, like the Longines Chronograph from the 1940-1950s, as a good possible investment.

"If you want to swerve off the beaten path, find models within "other" brands that have large cult followings," Golden said. "For example, Longines chronographs from the 1930-1960s with Caliber 13ZN or 30CH movements — they have a rabid fanbase and will always be desirable, albeit to a smaller audience." 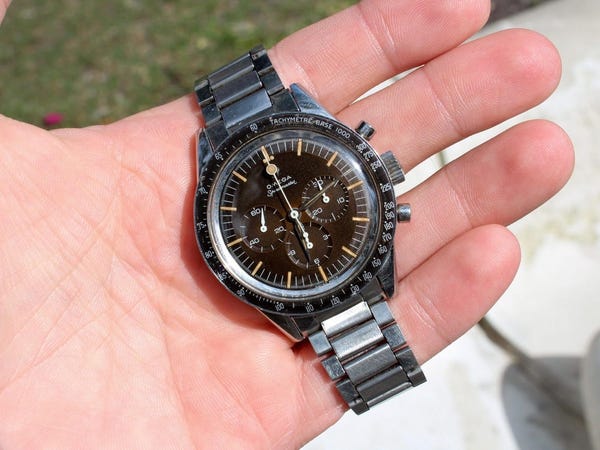 Like Stracke, Golden is also a huge fan of the Omega Speedmaster series and recommends Reference 2298-2.

"It's one of the only references to use the famous 'lollipop' chronograph hand," he said about the watch. "Early Speedmasters, such as this example, are grails amongst collectors, and finding well-preserved examples has become exceedingly difficult." 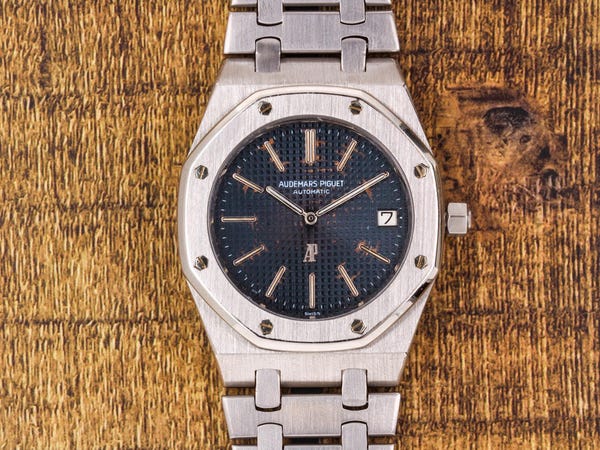 Another model Golden recommends is Audemars Piguet's Royal Oak, Reference 5402, circa the 1970s, and designed by Gerald Genta.

"The Royal Oak is the focal point and main attraction for the legendary watchmaker and these first execution models have soared in popularity," Golden told Business Insider. "This particular example is a first-series, or "A" series, meaning it was the very first batch of production, of only allegedly two thousand were produced." 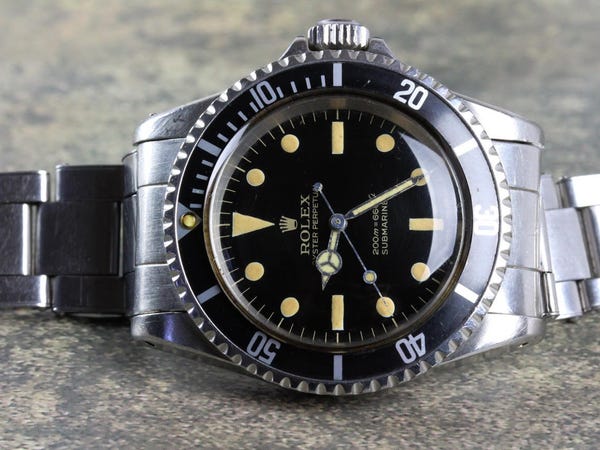 Finally, Golden is a big fan of the Rolex Gilt-dial Submariner, Reference 5513. This model, he said, has been nicknamed the "Bart Simpson" because its coronet on the dial is similar to the famous character's head.

"Whenever I have someone ask me 'what is the best watch to buy for investment purposes,' my answer is usually the same — watches should, as a whole, not be treated as investments — they should be worn and enjoyed, as intended," Golden said. "However, if you want to "protect" your purchases and asset, make sure you do your homework, and buy a watch in good condition, and as original as possible." 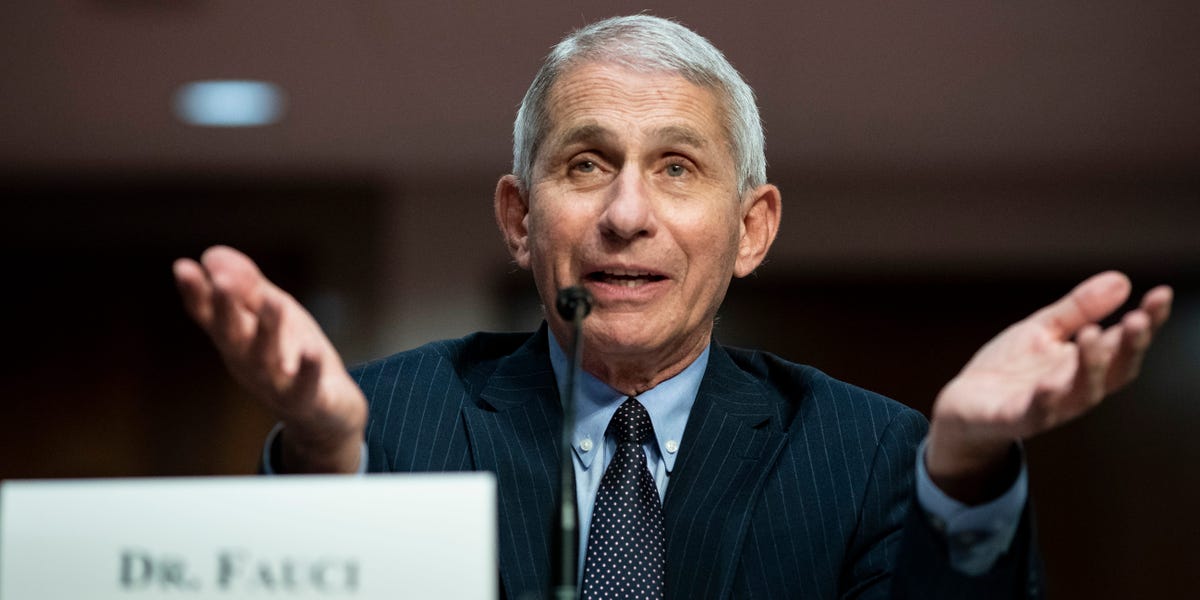