UK’s blue-chip shares continue to plunge this morning after Prime Minister Liz Truss defiant remarks over her Chancellor’s mini-budget further unnerved investors. The export-oriented FTSE 100 was down 1.6 percent, while the more domestically oriented FTSE 250 shed 1.4 percent by 7.19am GMT.

But Ms Truss this morning insisted the Government’s tax-cutting measures were the “right plan” in the face of rising energy bills and to get the economy growing despite market turmoil sparked by the Chancellor’s mini-budget.

In her first public comments since the mini-budget market chaos, Ms Truss defended Chancellor Kwasi Kwarteng’s measures, insisting “urgent action” was needed, although she admitted the Government’s decisions have been “controversial”.

The Prime Minister told BBC Radio Leeds: “We had to take urgent action to get our economy growing, get Britain moving and also deal with inflation. 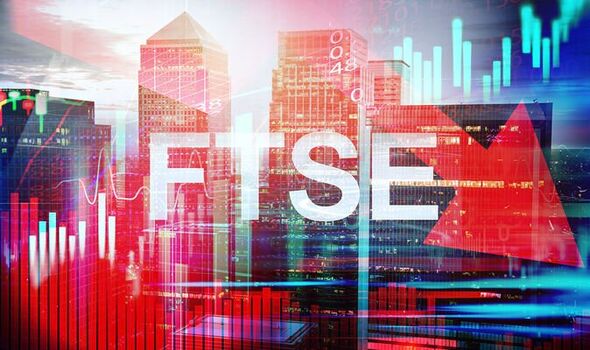 “Of course, that means taking controversial and difficult decisions but I am prepared to do that as Prime Minister because what is important to me is that we get our economy moving, we make sure that people are able to get through this winter and we are prepared to do what it takes to make that happen.”

Meanwhile, yields on British government bonds rose on Thursday, after they fell sharply on Wednesday when the Bank of England revived its bond-buying programme to quell a gilts sell-off that threatened pension funds in the country.

Consumer staples stocks weighed on the benchmark FTSE 100 index, with British American Tobacco sliding 2.9percent as it traded without entitlement to its dividend payout.

Miners declined 2.0 percent as copper prices struggled due to concerns of potential shortages from lower inventories.

Mr Kwarteng sparked turmoil in financial markets last Friday when he delivered a plan to cut taxes without detailing the impact on the public finances or how the government would reform the economy to spur growth.

The pound sank and British government bond yields soared, forcing the Bank of England to revive its bond-buying programme in an emergency move on Wednesday to shore up pension funds.

Although she admitted the Government’s decisions have been “controversial”, the PM said she would not reverse the budget.

Asked by BBC Radio Kent if she will reverse the policies unveiled in the mini-budget, Prime Minister Liz Truss replied: “I don’t accept the premise of the question.

“The action we’ve taken has been helping people with their fuel bills, that will start off this weekend… people are going to pay less national insurance, but we are facing difficult economic times. I don’t deny this.

“This is a global problem.

“But what is absolutely right is the UK Government has stepped in and acted at this difficult time.”