The man known as the Wolf of Wall Street has offered his advice to small investors buying shares in GameStop, saying they should “be careful” to avoid losing money when “it goes bad”.

Those swarms of smaller investors, in actions championed on social media platforms including Reddit, saw their assault as directed squarely at hedge funds and other Wall Street titans that had bet the struggling video game retailer’s stock would fall – a practice known as shorting.

Those firms are suffering major losses and other larger investors say it is pushing them to sell other stocks they own to raise cash.

And Belfort, who was was jailed for 22 months after admitting fraud over stock market manipulation in 1999, told Sky News he wished he had thought of the GameStop plan himself – while issuing a warning to those involved.

“It’s shocking, and really amazing and gratifying, to see a little bit of the pain going on the side of the hedge funds,” he said.

“The hedge funds have been beating up little investors since the beginning of time pretty much.

“While this will be short-lived… everyone’s got to be really careful, because it’s going to be like catching a falling knife when it unravels.”

He said that while he admired the actions of the smaller investors, the hedge funds would eventually put a stop to it. 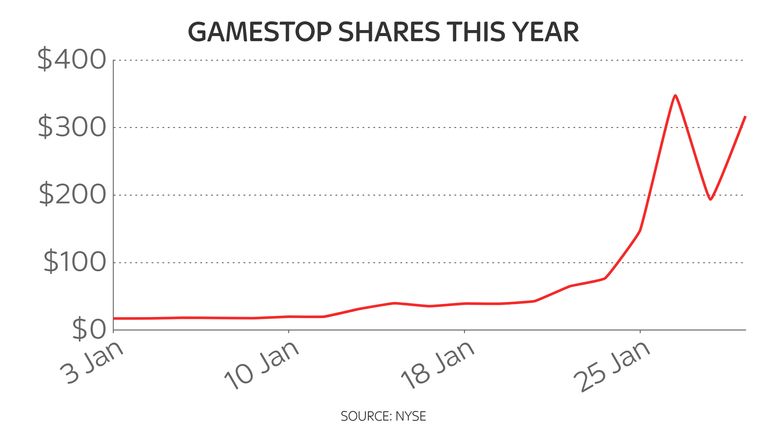 “The danger is that Wall Street and hedge funds especially are experts at identifying what we call ‘inefficiencies in the market’,” he said.

“This is an inefficiency in the market right now and they will look to close that inefficiency very quickly.”

Adding to the joy of those investors – which includes another group on the social media platform TikTok – has been the discomfort of those on the losing side of the trade.

Belfort likened the smaller investor’s moves to the scheme he was infamously involved in. 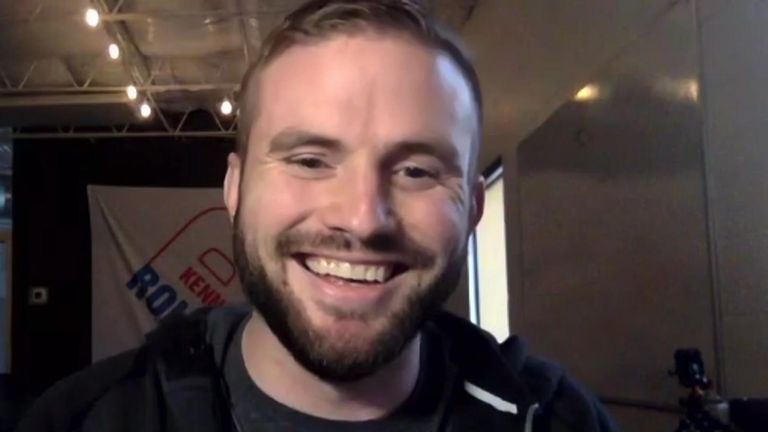 “This is 1999 all over again and that’s why I’m begging everyone to please be careful here,” he said.

“When the average person gets in, that’s the time it’s going to actually crash.

“It’s a wonderful opportunity for people to make money – everyone’s bored and locked up – but just be careful and make sure whatever you invest in these type of hot stocks, make sure you invest only what you can afford to lose.

“And if you happen to make money, pull the original investment out and play with the house’s money. That’s my advice to everybody.”