London (CNN Business)Ireland has dropped its opposition to a global treaty that would tax large multinationals at a minimum rate of 15% and require companies to pay taxes in the countries where they make money.

The Irish government’s decision to come on board, announced Thursday, raises the chances of a successful conclusion to talks at the Organization for Economic Cooperation and Development (OECD) on Friday aimed at finalizing the details of a landmark deal between 140 countries.
The Biden administration breathed new life into the global initiative earlier this year and secured the support of the G7 countries in June, paving the way for a preliminary deal in July.

Countries representing more than 90% of global GDP have signed on to the international treaty. Ireland, which had declined to join the initial agreement in July, has a corporate tax rate of 12.5% — a major factor in persuading companies such as Facebook (FB), Apple (AAPL) and Google (GOOGL) to locate their European headquarters in the country. 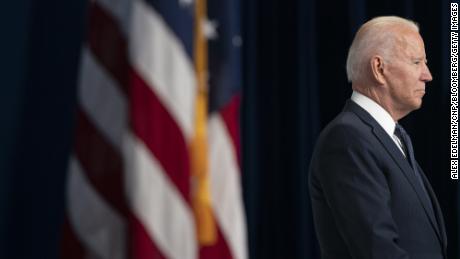 Ireland signed up after the preliminary agreement was revised to remove a stipulation that rates should be set at a minimum of “at least 15%.”

“We have secured the removal of ‘at least’ in the text,” Irish Finance Minister Paschal Donohoe said in a statement. “This will provide the critical certainty for government and industry and will provide the long-term stability and certainty to business in the context of investment decisions.”
The new rate would apply to 1,556 multinationals based in Ireland, employing about 400,000 people. More than 160,000 businesses making less than €750 million ($867 million) in annual revenue and employing about 1.8 million people would still be taxed at 12.5%.
“I am confident that Ireland will remain competitive into the future, and we will remain an attractive location and ‘best in class’ when multinationals look to investment locations,” Donohoe said.
Alongside a minimum corporate tax rate, the pact includes provisions to ensure that multinational companies pay tax where they generate sales and profits, and not just where they have a physical presence. That could have major ramifications for tech companies such as Google and Amazon (AMZN), which have amassed vast profits in countries where they pay relatively little tax.

The OECD expects implementation of the agreement to begin in 2023. But even with Ireland and other previous holdouts now on board, the deal still requires countries to pass domestic legislation.
“Like the Paris Agreement on climate, concluding technical talks after firming political support was the easier part, implementing the pact will prove significantly more challenging,” analysts at political risk consultancy Eurasia Group wrote in a note this week.
The treaty will need to be ratified via a two-thirds majority in the US Senate, which is unlikely given that it allows foreign countries to tax US companies, the Eurasia Group analysts said. An alternative could be “another major tax bill,” but the United States is unlikely to consider that until 2025, they added.
“While European finance ministers are hoping [Treasury Secretary Janet ] Yellen can deliver swift US implementation through a legislative shortcut, that scenario remains unlikely and — if at all possible — it would not materialize until after the next presidential election,” they wrote.
Delayed implementation by Washington could in turn prolong digital taxes on US tech companies introduced by European countries such as France and could even fuel the adoption of digital levies at EU level, sparking trade spats between the United States and Europe.

“Implementation of the OECD deal will also be a bellwether of EU-US capabilities to boost ongoing but contentious efforts to collaborate across a host of trade and tech issues,” the Eurasia analysts said.
— Julia Horowitz and Chris Liakos contributed reporting.
Source: Read Full Article