The government has delayed bringing in a range of post-Brexit checks on EU imports by around six months – a change that one business group described as coming “in the nick of time”.

Cabinet Office minister Michael Gove said the government had been confident of being ready but listened to firms who said they needed more time to prepare.

The British Retail Consortium (BRC) said it would have been foolhardy to bring in some of the checks, due to come into force on 1 April, while many of the border control posts needed were still “little more than a hole in the ground”. 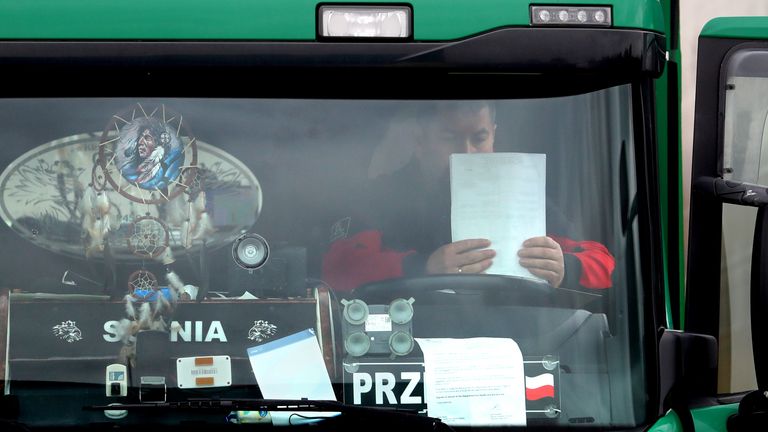 Britain’s departure from the European Union was completed at the end of last year when the Brexit transition period ended.

A last-minute deal to allow tariff-free trade dispelled the worst fears of a chaotic cliff-edge departure but businesses have still had to contend with the introduction of customs checks causing delays and higher costs.

Ministers have already sought to soften the blow by delaying the start of red tape requirements on some imports.

Paperwork on some food goods, due to begin on 1 April, will now start in October while physical checks have been delayed until January 2022.

Mr Gove said in a written statement that the decision to delay bringing in the rules had “given strong weight to the disruption which has been caused, and is still being caused, by COVID, and the need to ensure that the economy can recover fully”.

He said: “We have listened to businesses who have made a strong case that they need more time to prepare.” Andrew Opie, the BRC’s director of food and sustainability, welcomed the decision – saying that without it consumers might have been faced with empty shelves for some products.

Mr Opie said: “With many of the key border control posts currently little more than a hole in the ground, the six month easement comes in the nick of time.

“Until the infrastructure is in place, with IT systems ready and established processes for checks and paperwork, it would be foolhardy to introduce full requirements for EHC [export health certificate] documentation, pre-notification of imports, physical checks and more.”

Mr Gove said in his statement that the end of the Brexit transition period had not resulted in “anything like the generalised disruption at our ports which many predicted”.

But figures from the Institute of Directors published around the same time showed one in five business leaders who trade with the EU had stopped doing so in January – some temporarily but others permanently.

Earlier the manufacturing organisation Make UK said 74% of firms had experienced delays moving goods into or out of the EU over the last three months, in many cases of one to two weeks.

Last month, the head of Britain’s Food and Drink Federation said food exports to the EU had fallen by 50%-60% at the start of the year.