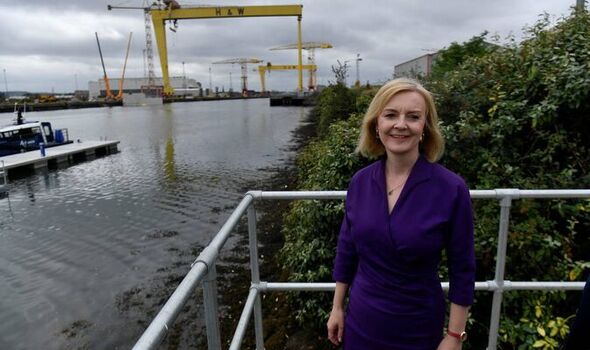 Downing Street aides yesterday promised more details next week plus a pledge to backdate help. The Prime Minister’s official spokesman said: “The scheme will support businesses with their October energy bills and that includes through backdating.”

Plans may need legislation, which is being “worked through” and the Government has been speaking to energy suppliers and firms to provide “reassurance”.

Much day-to-day politics has been placed on hold, with the country in a period of mourning for Queen Elizabeth II.

The Government has insisted that any delay with aid is not due to the death of the monarch, but more down to the challenge of devising a fresh energy bills support strategy from scratch

The PM’s spokesman continued: “We’re having to build a brand new system to deliver this support, rather than using the existing one.”

The household scheme – which will be paid for with tens of billions of pounds of borrowing – guarantees that for two years energy costs for the average household will not increase beyond £2,500, saving typical billpayers around £1,000.