The world’s No. 2 brewer will take a 40 percent holding in CRH Beer, giving it a strong distribution network in China and greater access to a market it has so far found tough to crack.

For CR Beer, the maker of the locally popular Snow beer, the deal is a way to get into the foreign-dominated premium sector at a time when Chinese demand for lower-end brands is waning.

“This (deal) will help accelerate CR Beer’s Snow beer high-end strategy and achieve its goal to take a leading position in the premium market within 5-10 years,” CR Beer’s Chief Executive Hou Xiaohai told reporters on a call on Friday.

Snow accounts for about 90 percent of CR Beer’s total beer sales volumes but is almost exclusively sold in China. CR Beer hopes to use Heineken’s global network to market it abroad.

CR Beer shares initially jumped as much as 10 percent but closed down 0.99 percent, while Heineken’s rose 2 percent.

“Thanks to the strong position of CR Beer and understanding of the market growth of the Heineken brand should improve in the coming years,” analysts at Degroof Petercam wrote in a note. 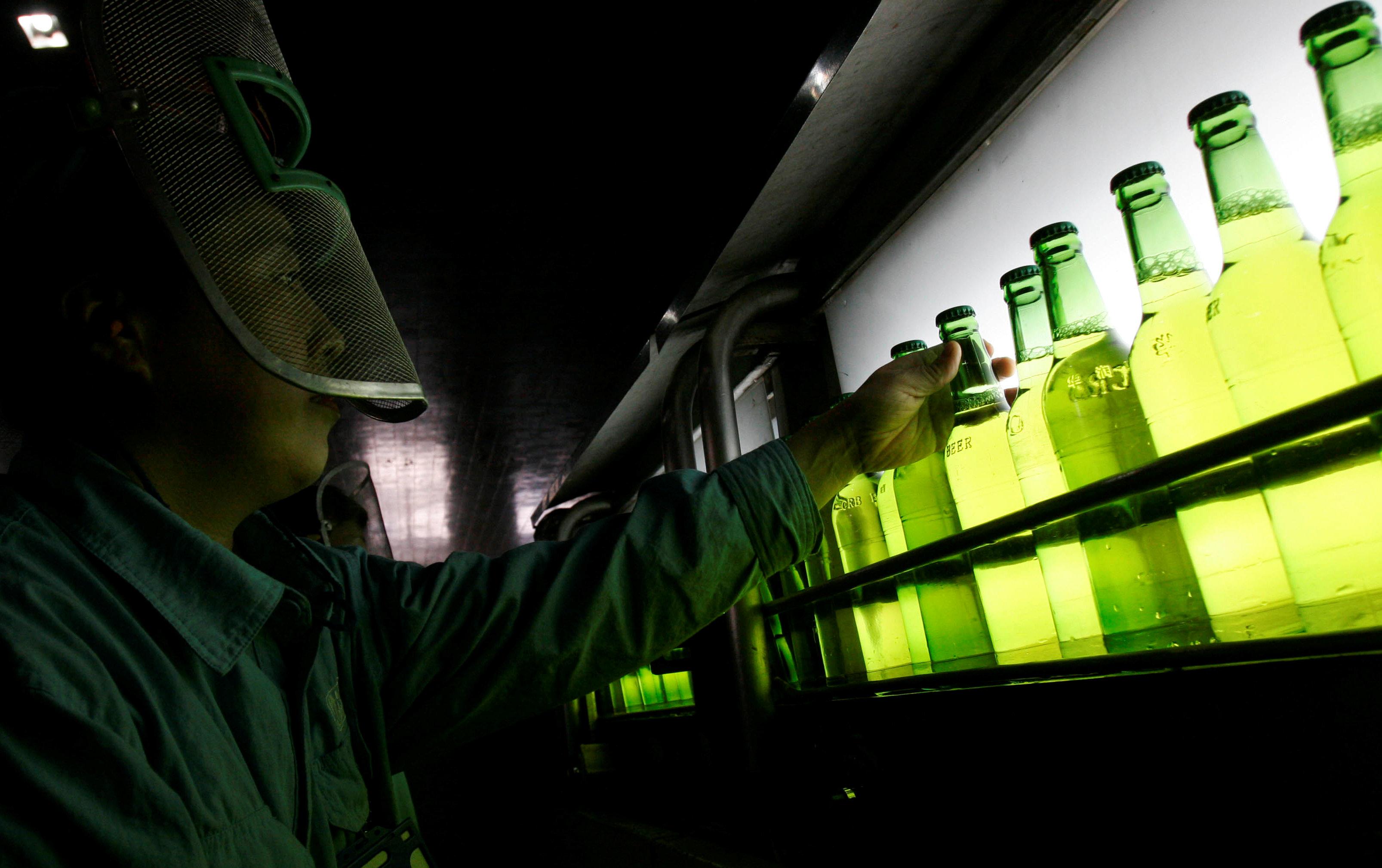 NOT GOING IT ALONE

Heineken had struggled to compete with the dominant players in China’s premium lager market such as Anheuser-Busch InBev (ABI.BR) and Carlsberg (CARLb.CO) on a national scale.

The Dutch group had a 0.5 percent share of the China market by volume in 2017, data from research firm Euromonitor International showed, while AB Inbev had 16.1 percent. CR Beer had more than a quarter share.

Heineken chief executive Jean-Francois van Boxmeer said the company would have found it hard to replicate good results it had achieved in provinces such as Fujian throughout China.

“(It) is something that would have cost way too much money and we have no time for that,” van Boxmeer said on a conference call following the announcement of the deal with CRH Beer.

Heineken will inject its three breweries in China into CR Beer and license its Heineken brand in China, Hong Kong and Macau to CR Beer.

China Resources Enterprise will own the remaining 60 percent of CRH Beer and will also buy 5.2 million Heineken shares for 464 million euros ($538 million).

The combined transactions would result in a net investment of 1.9 billion euros ($2.2 billion) by Heineken, the two firms said in a joint statement.

Heineken sells its premium lagers Heineken, Tiger and Sol in China, along with cheaper local brands Anchor and Hainan Beer.

CR Beer’s Hou said the company would use its extensive local distribution network to promote Heineken’s brands and was contemplating bringing in other Heineken-owned brands not yet in China, though that was still under discussion.

Heineken, which noted the deal should boost its profit margins, said it would assist CR Beer to monitor the quality of its Heineken products, marketing efforts and pricing but would otherwise stand back.

“They’re great professionals, we wouldn’t want to second guess what they are doing at the steering wheel in China,” van Boxmeer said, adding it was up to the Chinese group to decide on the future of the Dutch company’s local brands.

The deal would not impact Heineken’s sponsorship of the Chinese Formula 1 Grand Prix, which was part of a global sponsorship arrangement, van Boxmeer added.

The Chinese brewer also hopes to eventually expand Snow beer into overseas markets such as Southeast Asia, Europe, the United States and Australia through Heineken’s network, he said.

The companies are conducting due diligence and will need anti-trust approval from China, a person with direct knowledge said, adding the deal is expected to be completed by year-end.

JP Morgan is advising Heineken, while China Resources has enlisted Nomura and UBS as advisers. The banks did not immediately comment.

Reuters reported in March that China Resources Beer was in talks to acquire Heineken’s China business.