Desmond Lachman is a senior fellow at the American Enterprise Institute. He was a deputy director in the International Monetary Fund’s Policy Development and Review Department and the chief emerging market economic strategist at Salomon Smith Barney. The opinions expressed in this commentary are his own.

Even with consumer price inflation running at almost 8%, the Fed announced Wednesday it would raise its policy rate to 0.25%-0.5%. That leaves its interest rate at a meaningfully negative level in inflation-adjusted terms.

Especially after Russia’s invasion of Ukraine and the renewed Covid outbreak in China, the Fed’s timidity with interest rate increases likely means that we will have to learn to live with a prolonged period of high inflation. It also means that we should brace ourselves for a nasty economic recession when the Fed is eventually forced to raise interest rates more aggressively to get inflation under control.

Even before Russia’s Ukraine invasion and China’s new Covid outbreak, the US economy was dealing with an inflationary and financial market mess. Last year, the Fed kept interest rates too low for too long and allowed the broad money supply to increase at a rapid pace. It did so at a time when the economy was already recovering strongly and had received a historic $2 trillion in stimulus. It also continued to buy large amounts of Treasury bonds and mortgage-backed securities at the same time US equity valuations and housing prices were skyrocketing.

As bad as inflation has been, though, Putin’s invasion of Ukraine will surely propel it even higher, given that Russia is a major world supplier of energy, grains and metals. After the invasion began in February, international oil prices spiked to more than $130 a barrel, causing gasoline prices to reach more than $4.30 a gallon. (Oil prices have since dropped below $100 a barrel.) Prices for wheat and key industrial metals have also increased at a very rapid rate. And China’s Covid-related lockdown of a number of major cities could also further boost inflation by continuing to disrupt the global supply chain. 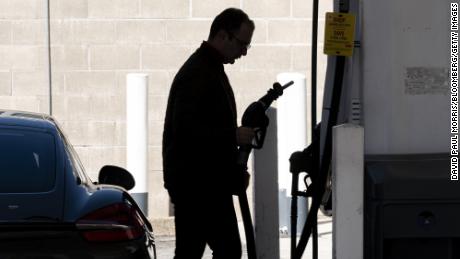 By heightening geopolitical uncertainty, the Russian invasion appears to have taken some of the air out of the Fed’s equity market bubble. Since the start of the year, the S&P 500 and the Nasdaq are down by around 11% and 18%, respectively. At the same time, interest rates on risky loans have been increasing and financial market volatility has risen.

It is against this unpalatable backdrop of excessively high inflation and deflating equity and credit market bubbles that the Fed must carefully weigh its next steps. Its decisions moving forward will have a very large bearing on the economy’s direction for the remainder of the year. If it raises interest rates too aggressively, it might succeed in taming inflation, but it would be doing so at the risk of bursting the asset price and credit market bubbles. That, in turn, could precipitate an economic recession by wiping out household wealth and by causing strains in the financial system.

But if the Fed opts for a path of policy moderation, we could see a prolonged period of high inflation coupled with a sluggish economy, or stagflation. Worse yet, we should brace ourselves for a deep economic recession down the road when the Fed is eventually forced to slam on the monetary policy brakes to prevent inflation from spinning out of control.
Source: Read Full Article